News & Opinion Tokyo Life
TOPTokyo LifeNews & OpinionMy Daughter’s School Takes Her Traveling Because The Gov’t Insists — What is ‘Right’ in a Pandemic? My Daughter’s School Takes Her Traveling Because The Gov’t Insists — What is ‘Right’ in a Pandemic?

Japan’s education ministry is pushing schools to carry out school trips amid the spread of Covid-19, but parents like me don’t want our kids’ lives subjugated to the government’s economic support plan. 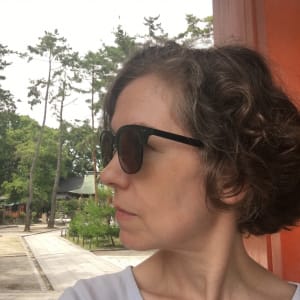 At the start of November, my daughter will be going on her junior-high school trip. Together with about 100 fellow third-year students and a handful of teachers, during the three-day jaunt she will reflect on the scars of war in Hiroshima, visit the Kotohira Shrine and paddle a canoe. Along the way, through group activities, room sharing and communal bathing, she will forge memories with her schoolmates. And, if she is lucky, she will not catch Covid-19 in the process.

In theory, she can choose not to go. In practice, however, that’s not really an option. Each group that she will be part of — a sightseeing posse, hotel roommates and bus-seat neighbors — was decided well before the trip’s original date of May. If she doesn’t go, she leaves her best friend stranded alone on the bus and having far less fun on all the other activities. Amid the intense peer pressure of Japanese junior high schools, being alone and abandoned by friends is social torture.

For the same reasons, my daughter is not keen to exclude herself from the group by deciding to not go on the trip. Besides, although it doesn’t have quite the same sparkle as the original plan of a warm-season trip to Okinawa, she will probably have some fun in Hiroshima and Kagawa Prefectures.

“Most of the kids in her class, she said, didn’t want to go.”

Many schools canceled or postponed school trips during the roughly month-long nationwide state of emergency put in place from mid-April to stem the spread of the coronavirus. Within the years of compulsory education, that includes stay-over jaunts for elementary school sixth graders, and sometimes some other grades, too, as well as third-year junior high school students.

Instead of canceling, many schools have made drastic changes to their format. Some have done day trips or changed the destination to one within the same prefecture or a neighboring one. One school in Kitakyushu City is planning a two-day trip during which students return home to sleep. Staying close to home makes it easier to coordinate with parents if a student starts showing symptoms.

A change of plans

Before the summer holidays began, my daughter’s school held a second information session for parents to tell us the details of the new plan, at the time, to hold the trip in September. When Covid-19 numbers spiked in Okinawa in August, we didn’t even have to wait to hear from the school to know that that plan was off. I figured the school would give up after that, or perhaps organize a one-day event close to home (Kyoto) that would bring the students together in a fun activity, like the do-it-yourself barbeque event they held for the kids soon after they entered the school.

So I was surprised when my daughter came home one September day and told me that the school was planning to hold the trip, going to Shikoku instead. Most of the kids in her class, she said, didn’t want to go. When I asked her why, she said that they are busy then. And yes, they are, because entrance exams for senior high schools are held in February, and from September onward is considered the home straight in studying for them.

“There are obvious economic benefits in holding school trips.”

For three years, my daughter has been attending cram school. What began as a three-night-a-week schedule became four days, and now is usually five days a week as we close in on exam season. Like all parents in Japan, I wish the social structure here was not one that makes cram school pretty much the only practical way to set my daughter up for a stable life. But that is the way it is – getting into a good high school will largely determine her path toward university, and that destination will determine her career in Japan – her job choices and earning potential. In other words, the nuts and bolts of a happy life.

I don’t want my daughter to catch a disease that could kill her or leave her with serious side effects. I also don’t want her three years of hard work to be thwarted — and her future laid on the line — by weeks spent unable to study while recovering from such an illness.

It sounds like I’m a real whip-cracker, right? Honestly, I’m not. My daughter asked to join cram school and I’ve watched every day as she gets her schoolwork done and cram school work done with far more consistent commitment than I can muster for most goals these days.

Slipping out of study mode

Traditionally, holding a school trip this late in the year is unthinkable. Parents of some of my daughter’s schoolmates are repeating this mantra from cram school teachers: pulling a student out of study mode at this stage will make them lose focus and threaten their chance of success.

So I called the school. Since I hadn’t yet received any written notification about the trip, I figured I might be able to nip plans in the bud. The vice principal listened to what I had to say and responded in an upbeat tone and said something along the lines of “when the details of the trip have been decided, then each family can decide what they want to do.” But I called her out on that.

“The fabric of our societies is wearing thin as people feel they are not being heard and included.”

“We know that, especially in Japan, it is too late then. It is, in practice, almost impossible not to flow with an official decision that has already been made,” I said.

That caused an awkward pause in our conversation. She then came to a full halt when I suggested that the school sends out a questionnaire to households to ask them if they want to have a school trip or not.

“Yes,” I said. “So that we have some kind of discussion of the issue rather than having it forced upon us.”

She ended the conversation by saying that no final decision had yet been made. The next day, my daughter brought home a notice stating the details of the trip.

On October 2, the education ministry sent out a blanket notice “asking” schools that have canceled or postponed school trips to take into account their “educational significance and the feelings of students” and “give maximum consideration” to holding them before the March end of the school year. The notice also clearly pointed out that as of October 1, school trips nationwide qualify for subsidies offered to the public under the government’s Go To Travel campaign.

There are obvious economic benefits in holding school trips. According to a 2017 survey by the tourism industry bureau of Kyoto City, which is the most popular destination for school trips from the Tokyo region, around 3.25 million students went on school trips that year, at a time when Japanese tourists spent on average ¥18,696 per trip. You can do the math.

Probably the biggest issue that Covid-19 has triggered worldwide is how to strike a balance between protecting people’s health and protecting their livelihoods. Precautions such as wearing masks, social distancing and handwashing are one answer, but we are still seeking a better one.

The virus has also reminded us that, in many cases, no one answer is right for everyone. If you are elderly or have preexisting conditions, the right actions for you to take during this pandemic are not the same as those for people with no such health risks. Lockdowns may seem like the best way to hamper the pandemic’s spread if you can work from home and maintain your income, but your view on that will likely differ if such measures cut off your income.

Precisely because there is no right answer, discussion is essential. The fabric of our societies is wearing thin as people feel they are not being heard and included — that they are not being treated as part of that society, basically. This is what bothers me most about the absence of discussion between families and the school about the trip.

One of the goals of my daughter’s trip is to have students consider the importance of life. Indeed, this year’s school trip is offering more learning opportunities around that than ever. Another key goal is to have them reflect on the misery of war. This year, in particular, I hope both teachers and students reflect upon the appropriateness of leaders pressuring people to bow to what they determine to be the greater good.