The;Cutlery Usher in a New Era of Tokyo Post-Rock Music

The energy of the debut album by The;Cutlery is palpable

Usually with rock albums it takes a good amount of time, a couple tracks, to build anticipation. The;Cutlery’s water ; echo, released this April by Japanese indie label Zankyo Record, takes about 15 seconds. Track one, “prologue ; LIFE” opens with plodding, robotic percussion, trailed by waves of synth and syrupy oohs. The song is but a sketch, and it makes it impossible to guess where the album will go. In fact, the ambient prologue is totally different from the body of the album. Except in one way: the motif of a quiet and innocuous opening giving way to big shoegazer surges of sound is repeated throughout.

What is more, this pattern occurs on two levels: within each song and through the course of the album, from track two, the balladic “404 NOT FOUND”; to the penultimate “Myosotis,” which launches loudly with a growling bass lick, propelling us to an instrumental break that is, for lack of a better word, epic. With each song, Cutlery’s volume and emotion swell. “epilogue ; Miscanthus sinensis” expands upon the first track, with swelling strings. You have to listen to water ; echo sequentially, in order to appreciate the ebbs and flows of volume and corresponding anger (or angst). Guitarist Fukushima and guitar/vocals Fumio met in high school, while drummer Pino and bassist Nakayama met through their university circle. They all have different tastes in music, and despite their debut album being highly organized, we get a sense of the band’s disparate origins and tastes.

“You never know how ‘STRONG’ you are until being strong is the only choice you have” (no worries – the only Fall Out Boy-length title on the record) calls to gothic metal-pop like Evanescence while “my life is sxxt” goes, blatantly, the Midwestern emo direction. Fumio adapts her voice accordingly, though her emotionality ties the lyrical tracks together neatly. 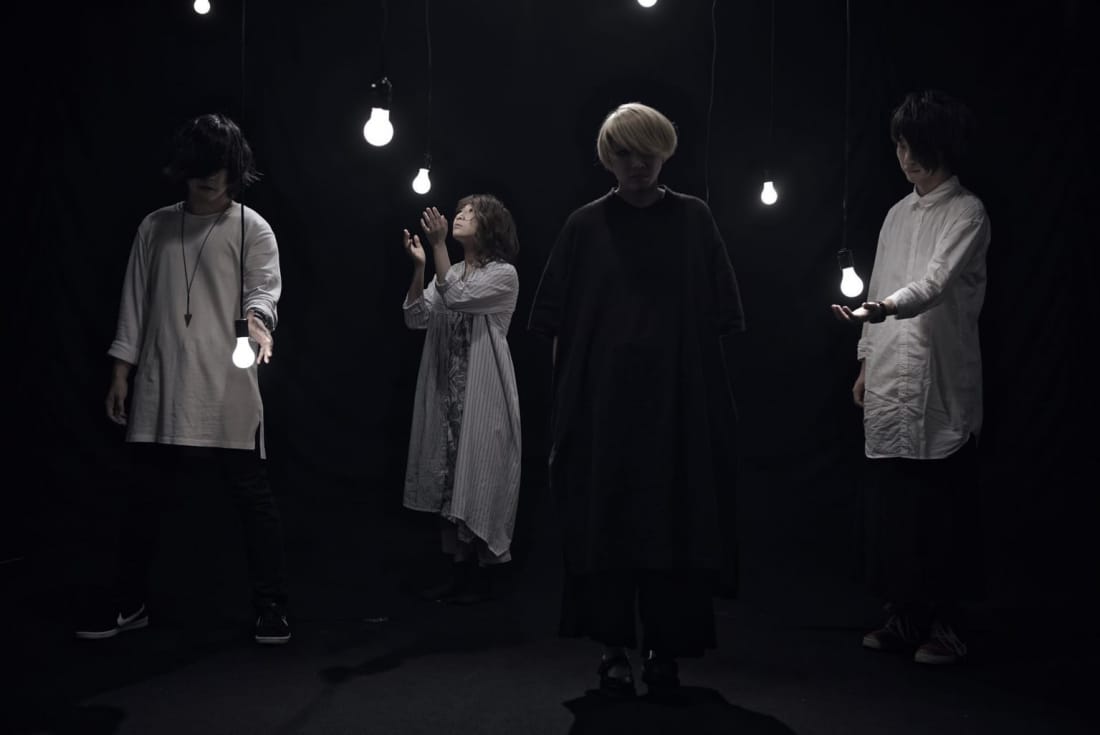 Though they do all like the Japanese post-rock giant te’. This shows too. However much Fumio’s vocals and the ensemble owe to their gothic, emo and shoegaze forebears, Cutlery has managed to modernize these genres with their post-rock flourishes – namely, the numerous tempo changes and complex time signatures.

“You never know how ‘STRONG’,” for example, otherwise a gothic ballad with the requisite operatic singing, smashing drums and wailing guitar, has oddly-timed drum sections and a drastic tempo (and tone) change. Like the eye of the storm, leading to a furious climax at the end. “I’m in pain,” she belts.

This kind of complexity – in the composition of each song, and the arc of the album – impresses. More importantly maybe, Cutlery’s energy – the urgency of the vocals and the band, the palpable pain – stuns.

The;Cutlery will also perform a song during TW Live House on August 29, 2020.