British Comedian Trevor Lock Returns to Japan with No Jokes 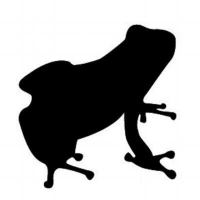 Trevor Lock is a prominent British comedian, actor and playwright known for his unique style of presenting the funny – his comedy is almost script-free. In 2019, Lock visited Tokyo four times, each time performing before a full house of Good Heavens Comedy Club. Each stand-up show – every delivery and every joke – was completely different from the previous performance.

In March this year, Lock visits Tokyo for the fifth time (unfortunately Trevor Lock’s March 21, 2020 show at Good Heavens is canceled). Given that the average “material production rate” in comedy is one-hour of new material a year, TW asked Trevor what it is that allows him to concoct a completely new act every time, and have the audience come back for more.

“I think a lot of people usually expect a more traditional show where it’s just a person telling jokes into a microphone,” he says. “However, my show is like a game, like an experiment. An interactive thing where you cannot just sit back. You have to concentrate on tasks that you have to join in with. And we generate the funny together.”

Lock is a seasoned comedian with over 20 years’ experience in entertainment, which, of course involved traditional stand-up. He toured the UK with well-known comics like Stewart Lee and Russell Brand, rocked at Edinburgh Fringe and had regular appearances on BBC on the Lee and Herring show. His career progression twisted from traditional stand-up to interaction-based spontaneous comedy.

“We do a unique thing with the people that are there because otherwise I just feel like we could just have stayed at home,” says Lock. “In traditional stand-up, one person is talking and there is no real communication. The comic is just repeating a script, pretending to talk to these people. And, these people aren’t really allowed to talk back. It just feels so false and fake and is a waste of a wonderful opportunity.”

The latest rendition of Lock’s act is titled, “Is It Real?” Similarly to the “Girl v Boy” tour he performed in Tokyo in November of last year, this show involves no scripted jokes.

“It is all about now and about what is happening in the room,” says Lock. “What we will attempt to discover at the show is whether all of us live in the same reality. Volunteers from the audience write down their observations and feelings, how they see what is in the room from their points of view. As a result, we have different perspectives, compare them and find out if we all live in the same world.”

‘Coat everything in wasabi. Lick it off. Repeat.’

Despite the frequency of the visits, up to now, Trevor has not had “classic”, in his opinion, Japanese experiences. He “didn’t meet a geisha girl, didn’t climb Mount Fuji, and didn’t see a monkey drinking alcohol.” His stereotypical expectations about Japan also proved to be groundless – “No one is having sex with robots!”

However, despite shattered expectations, Trevor found something that he likes about Tokyo: “I like going into a coffee shop and it’s just me and two other people and then it’s full.”

Besides not particularly capacious Tokyo coffee shops, Japanese cuisine also impressed Trevor. In his existential bit called “Ten Instructions/Advices/Things to Try” along with providing advice like, “Stop having a personality and instead wear a hat,” and “Look at a dog for too long,” he urges the readers to “Coat everything in wasabi. Lick it off. Repeat.”

Although Tokyo’s English-Language comedy scene is growing, it still is dependent on visiting acts. Trevor’s show is a unique and rare opportunity to experience the on-the-spot live comedy where breaking the fourth wall is impossible for a simple reason – there is no fourth wall. It is a chance to find, see and generate the funny together with the comic.

On March 20, a day before the Good Heavens show, Lock is also holding a workshop for “anyone who wants to live a more interesting life,” where he aims to present the creative techniques he has learned during his career and “set them in a wider context for anyone who wants to learn more about the state of mind where playfulness generates new ideas.”