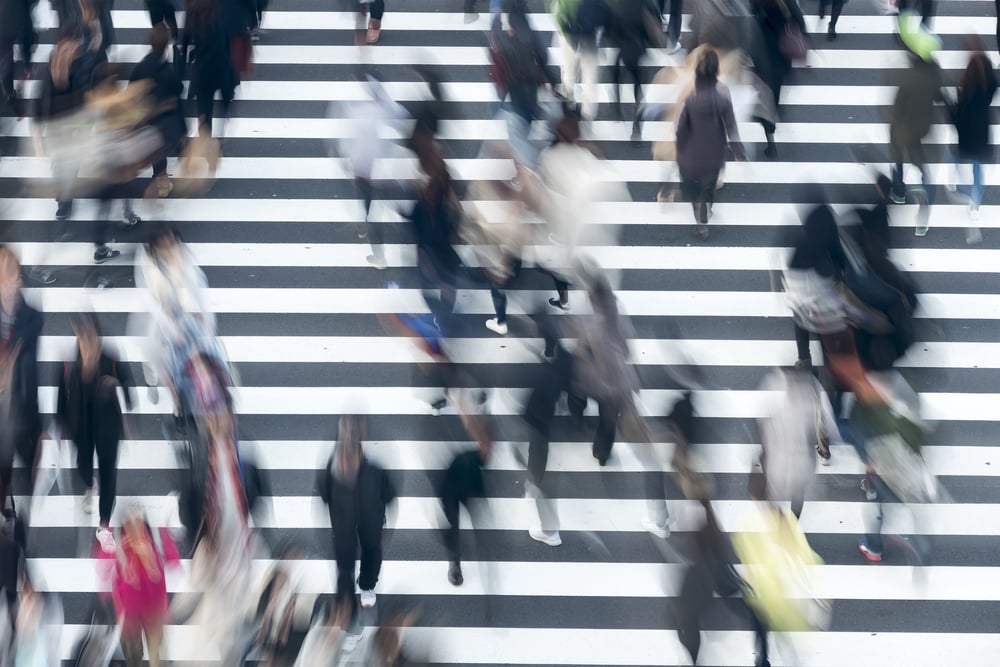 7 Things You Will Only See in Tokyo

Every capital has its own personality and quirks. Paris is The City of Love, New York – The Big Apple. And while Tokyo doesn’t have a typical nickname, it sure doesn’t lack in distinctive features. Below, I’ve highlighted sights, sounds and feelings that can only be experienced in this city of… convenience?

How Can They Sleep in That Position?

The life and work of Tokyo’s salaryman is unique; long hours, unpaid overtime and the compulsory after-work drinking parties combine to create a certain type of power, the incredible ability to sleep anywhere – anytime.

You can often see commuters instinctively waking up and making a split-second dash out the closing door or stretching out on a public bench in the summer evenings.

Is That a Monkey on a Leash?

Take a stroll in Yoyogi Park on a Sunday and you will likely see several things: the Tokyo Rockabilly Club, unconventional street performers and a wide range of exotic animals being taken for their daily walks.

Among the typical pets (including cats in strollers) you can also find squirrels, monkeys, ferrets, hedgehogs, tortoises and min-pigs. Believe it or not; there’s a rumor of a mythical pet sheep pitter-pattering around Tokyo.

Surely No One Else Can Fit, Can They?

It’s hard to avoid the inevitable trip during Tokyo’s rush hour. Be it work, play or study, you are likely going to push yourself on a train between the infamous hours of 7–9am and 5–8pm.

It’s a singular experience to look on in horror as several train guards squeeze commuters further and further into the carriage. Not unlike an insolent child playing with dough.

Unlucky, if you are actually stuck inside that sardine tin pressed up against someone who forgot to brush their teeth.

Where is That Music Coming From?

It could come from your local hardware collector at 5:30pm or an ostentatious vehicle advertising a song. In election time, you may be awoken by an unwelcome bombardment of political promises when you just want to bury your head and go back to sleep.

But the most perplexing of them all could be the daily, neighborhood 5 o’clock chime. No, you are not in a George Orwell novel. This, some say “creepy,” sound serves a specific purpose. It is used as a practice test for the municipal disaster radio network.

Can I Really Buy Milk Here?

No other city in the world can quench your thirst as quickly as Tokyo can. This is due to the fact that Japan is a pioneer in vending machine production with almost 3 million units nationwide. Aren’t satisfied with a drink? You can also pick up a whole array of things including instant noodles, confectionary, ice cream and even toys. You name it; you’ll probably find it.

We found a ‘dashi’ soup stock vending machine near Yoyogi Station. Have you tried it? Or have you spotted one of these somewhere else in the city? pic.twitter.com/BYGjEy16Nd

Did They Leave Their Laptop Unattended?

Tokyo expresses pride in being the safest city across the globe. Relax while you explore, secure in the knowledge that it’s statistically unlikely that you will be pick-pocketed or worse.

This comfort can lead to a hassle-free approach in public spaces. Many people use mobiles, laptops or purses to reserve tables and don’t think twice about a quick trip to the bathroom. In less populated areas, you can buy vegetables without a vendor. All this would seem very unwise anywhere else.

Only in Japan? Leaving a couple of grand of equipment unattended to save your seat: pic.twitter.com/ailhA5IEHR

This is someone's phone left completely unattended at Narita airport. This is Japan pic.twitter.com/ft9IAqJqaU

Is That a House?

Tokyo is a unique city in its approach to architectural design. It is constantly evolving to meet the demands of being The Most Populated City in the World and when space is limited, you have to get inventive.

The idea is to build up rather than out (remember this when seeking places to eat.) But, another issue comes in the form of building regulations. Japan is prone to earthquakes and so must ensure even the slimmest of cracks between buildings. This means houses tend to look slimmer than usual but with a very long back end.

#ThrowbackThursday 1.8-M Width House by YUUA Architects & Associates scooped a 2015 A+Award in the extra small residential category for its ingenious use of an incredibly thin plot in Toshima, Japan. The slender house features a minimal interior and raw, industrial material finishes throughout, including scaffold boards, thin metal stair treads and even metal ladders. Using floating floor plates to give a feeling of increased height and spaciousness, the architects strove to create "a house with playfulness where people and cats live happily. " . . . . . #yuuaarchitects #thinhouse #skinnyhouse #japanese #japan #toshima #japanesehouse #minimalist #minimalism #architecture #instarchitecture