Bun Hashizume was 14 years old when the atomic bomb devastated Hiroshima in 1945. Growing up as a survivor, suffering severe injuries from the blast and the consequences of unfathomable trauma, Hashizume’s life was indefinitely altered by the catastrophe. Her book, The Day the Sun Fell, is a remarkable account of the incident and aftermath, sharing essays capturing the unfolding decades of the writer and poet’s life, irrevocably interwoven with the disaster. It is both an inspiring memoir and an immensely powerful first-hand account that conveys shocking insight and poignant personal anecdotes, bringing the story close enough to truly resonate today.

We spoke with the book’s co-author, translator, interpreter and friend Susan Bouterey about Hashizume’s incredible life, the legacy of storytelling and the message of peace and hope in today’s uncertain world.

How did you first begin to work with Bun?

I first met Bun in the mid-1990s via my aunt who is a novelist. I discussed the idea of her giving a public talk about her experiences and she agreed. At our first meeting, Bun gave me a booklet with four of her “atomic bomb” poems set to music by composer Hidenori Ao and asked if I would translate them. While I had doubts about the feasibility of translating poetry from Japanese into English … the poems were very powerful and I was excited by the idea of not only translating them but also having them performed. They were subsequently published in various forums in New Zealand and overseas, and Bun has traveled the world with them in a booklet accompanied by an essay that I also translated; this she distributes along the way, “sowing anti-nuclear seeds” around the globe.

“There were nights when I lay awake, unable to sleep, as harrowing scenes that I worked on during the day kept flitting through my mind”

Is it difficult to translate such a personal story and message?

It has been a great privilege to translate Bun’s work but I have also felt a significant weight of responsibility in ensuring that these precious first-hand accounts of the atomic bombing are conveyed to readers around the globe. I found it incredibly challenging to work on the book because of the weighty nature of the content – there were nights when I lay awake, unable to sleep, as harrowing scenes that I worked on during the day kept flitting through my mind. It also required considerable background research on the socio-historical contexts of the events and times depicted in the work. I found the process of translation a considerably creative one, negotiating these two vastly different languages to create a work both faithful to the original and yet, hopefully, equally lyrical and compelling in English.

Bun has given talks and readings all over the world; is there a moment that you think was particularly significant for her?

When she visited Christchurch and gave her first real public lecture, Bun met New Zealand author and peace activist Elsie Locke who told her she “must write” and “must tell her story.” Locke insisted: “The atomic bomb is not simply Japan’s issue; it concerns the future of the world and this planet … If people like you don’t pass on your stories, the most important truths will sink into oblivion.” This chance encounter had a profound impact on Bun – she now calls Elsie her “peace mother”.

Do you think surviving such a traumatic experience at a young age affected Bun’s sense of fear?

Bun describes the bombing as a defining moment in her life and I think it profoundly affected her. In the face of such catastrophic devastation, people were rendered totally powerless. There was no support, medical or otherwise, provided, no food supplies or any temporary shelter. People had to simply wait and hope that their injuries would heal of their own accord and survive as best they could. Under such conditions, Bun appears to have lost her fear of death – she talks about feeling no pain, suffering or fear but simply “accepting her fate” on those occasions when she came very close to dying. On the other hand, the devastation caused by the bombing taught her the preciousness of life, something that she also wishes to convey via her book. If Bun is fearful of anything, it will be the future of our planet and successive generations. She worries about the conflict and wars, about the proliferation of nuclear power plants around the globe which she fears may, along with nuclear weapons, destroy our planet. 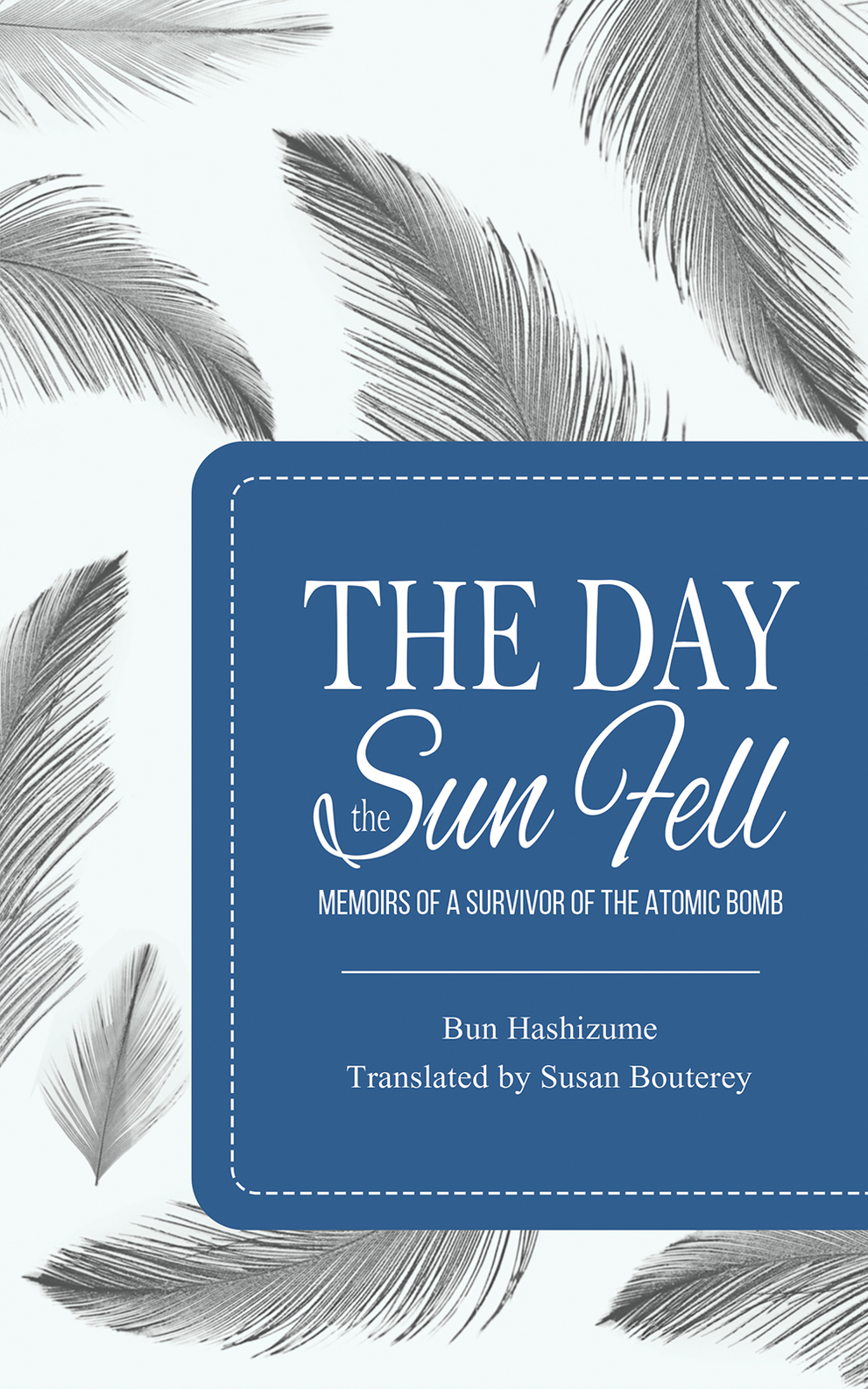 Why do you think art, poetry and storytelling is so powerful as a means of protest?

Art, whether it be poetry, storytelling or visual images, can evoke the human dimension of these catastrophic events, making them more relatable. Importantly, art conveys stories in a way that requires the reader to engage, and that draws us in so that we become a part of it – or it becomes a part of us. In this way, art can expand our experiences, knowledge and understanding. I have seen the profound effect that Bun’s works have on others and how much they can raise our awareness and expand our understanding of the atomic bombing of Hiroshima and its ongoing legacy. They are personal, first-hand accounts that, if not translated, would be lost to the many English readers around the world.

What have you learned from working with Bun?

I have learned much from Bun, most especially around the atomic bombing and particularly about the experiences of ordinary people and the impact of the bombing on their lives and families. I have also found an immense source of inspiration in Bun’s indefatigable energy and joy for life, her determination to continue writing and tell her story in the face of often debilitating illness as a result of her exposure to radiation from the atomic bomb.

With global threats of war, terrorism, climate change and nuclear disaster in the modern world, do you still have hope for the future?

While Bun certainly holds fears for our world and future generations, and despairs at the actions of our so-called leaders, she also talks about how remarkable humans can be in the face of extreme conditions and the immense capacity that all living things have to survive and recover from utter devastation. Like Bun, I too am hopeful for the future but the world is currently facing almost insurmountable challenges and I believe it is up to every one of us to actively take steps in our daily lives and engage more in public life to create a more sustainable future. I would ask for our leaders to stop for a moment and imagine themselves to be a seriously injured 14-year-old, staggering alone, like Bun did, across a post-atomic wasteland of death and destruction and, from that position, re-imagine the kind of world and future they might like to create in collaboration with others.

The Day the Sun Fell: Memoirs of a Survivor of the Atomic Bomb (Austin Macauley Publishers Ltd) is available on Amazon for around ¥2,300.