Art & Culture Fashion & BeautyMusic
TOPArt & CultureMusicJonas Blue: “I love everything in Japan, even traveling by train”

Jonas Blue: “I love everything in Japan, even traveling by train” 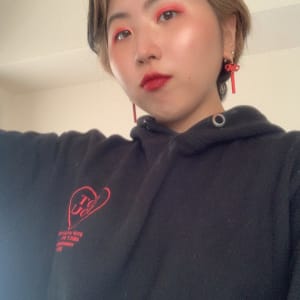 Jonas Blue, DJ, songwriter, record producer, pop mega-powerhouse is back in Japan for his sold out The Blueprint 2020 Tour Japan. He will be traveling to seven cities throughout his tour, starting in Tokyo and finishing in Nagoya.

With his debut single “Fast Car” earning him multi-platinum, platinum and gold status in over 20 territories, also with recent releases “Perfect Strangers” and “Mama” reaching millions of listeners, Jonas Blue certainly is on top of the world. He has collaborated with big names in the music industry including Jack&Jack, Rita Ora, Joe Jonas, Sabrina Carpenter and Liam Payne, to name a few. In 2019, he launched his label Electronic Nature, with his mission to discover fresh talent and create music.

Since his sold out Japan Tour and appearance at the Fuji Rock Festival in 2019, Jonas Blue is back and ready to enjoy all Tokyo has to offer. Before his The Blueprint 2020 Japan Tour (again sold out), he shares his love for his Japanese fans and fashion, dream collaborations and what he’s been up to recently. They love you here in Japan. How was the reception from fans during your 2019 Japan tour?

Amazing, I really can’t say enough good things about the Japanese fans, they bring me gifts and show such genuine love and appreciation for me and my music. It’s always humbling, fills me with joy to see them when I am there.

How does the Tokyo audience compare to those in other cities, like say Ibiza?

It’s different but there’s a similar passion for the music and the culture. Also in Ibiza you really have people from all over the world there on any given night, so that does make it different.

You will be performing in six major cities in Japan this time around. What do you enjoy most about touring in Japan?

I love everything about the country, the culture, the food, the people, even traveling in the country by train is a pleasure.

What do you plan to do during your down time in Tokyo?

I’ll have my mum with me. I want to show her the Meiji Jingu Shrine and walk around the shopping streets of Harajuku.

You collaborated with Japanese fashion brand atmos for their 2019 capsule collection. What is your impression of Japanese fashion and is there anything in particular that attracts you to the Tokyo fashion scene?

Yeah, I love that collab with atmos! Japanese fashion is some of the best in the world, just the quality of the garments and the printing or embroidery is on a different level. The raw denim is ridiculous and just the general fashion sense of the Japanese is amazing. Even the most simple looks can be so classy.

You won your first CD of production software in a cereal box at age 12. Now your music has more than 8 billion global streams. What was life like then as compared to now?

I was a kid back then living with my parents so it’s very different now. I have my own house and I travel so much too!

Growing up, “Fast Car” was one of your mother’s favorite songs. What effect has your family had on your career?

They’ve had a huge effect, I honestly wouldn’t be where I am now if it wasn’t for them. My dad especially, who really helped me build my first studio in our garage and he used to take me around to do my first DJ gigs for friends birthday parties when I was 11!

You collaborated with Chinese singer-songwriter Tifa Chen for your recent single “Billboard.” Are there any Japanese artists that you would like to collaborate with?

Yeah, I really want to work with a girl called Reol, we’re trying to get something going, so watch this space.

You typically work with underground (and very talented) singers. What singers throughout history would be your “dream” collaboration and what would you have in store for them?

Shawn Mendes is someone I’ve always wanted to work with. I can just imagine writing a song with him and my collaborators – Sam Roman and Ed Drewett – and how great it would be.

I hear you have a lineup of releases coming out in 2020. What upcoming projects are you excited about?

I do have a few releases coming, right now I’m most excited about my new single which comes next week on February 28 – can’t really talk much more about the details though…