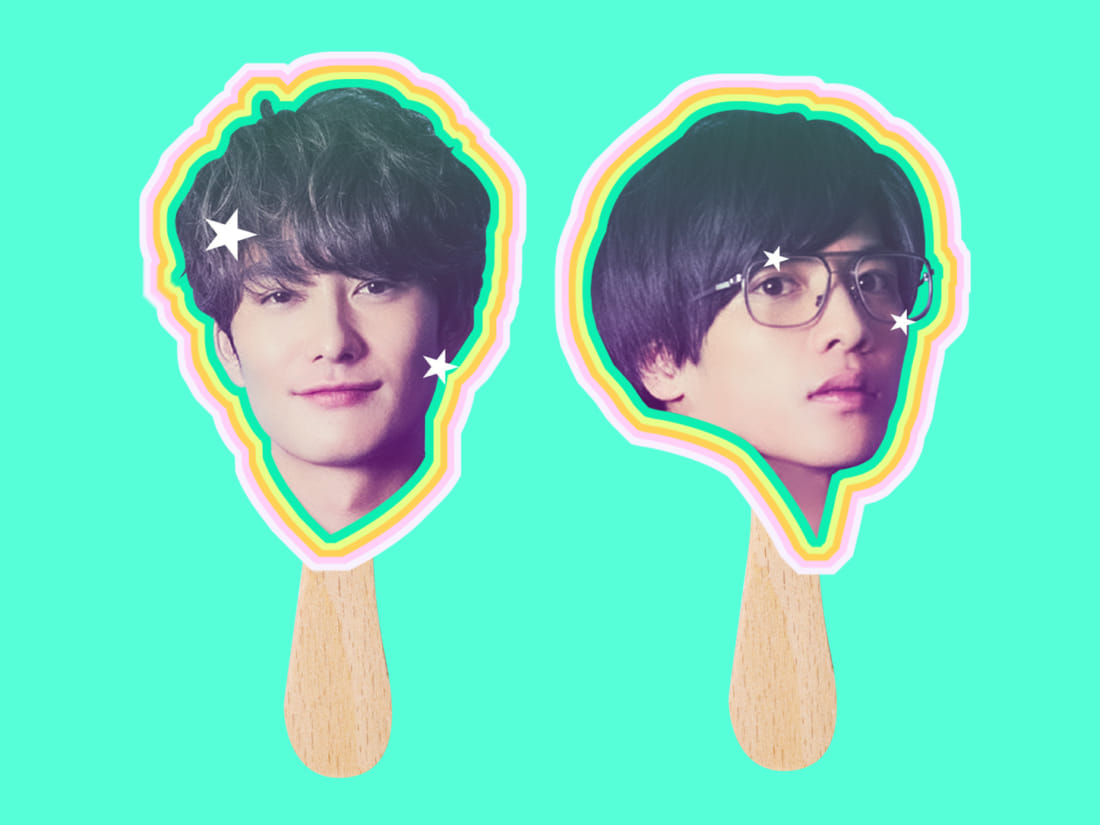 Live-action adaptations of comic books tend to be a mixed bag. In the end, though, what usually makes or breaks those movies is the casting, which is not to say that the sole reason for the failure of Dragonball Evolution was the casting of the guy from Superbabies: Baby Geniuses 2 as Goku, but it definitely didn’t help. Fortunately, some upcoming Japanese live-action adaptations seem to be on the right track, casting-wise.

Tomoko Yamashita’s Sankaku Mado no Sotogawa wa Yoru (~ “The Night Beyond the Tricornered Window”) has become one of the most popular yaoi (boys’ love) manga in recent years, selling over 1 million copies since its debut in 2013. So it was just a matter of time before it got its live-action movie. Unlike similar adaptations of yaoi stories, this one might actually try to move beyond its niche and go mainstream thanks to its stellar casting.

The film will star manga/anime adaptation veteran Masaki Okada (Space Brothers, Gintama, JoJo’s Bizarre Adventure: Diamond is Unbreakable) and Jun Shison, who already has some experience with gay love stories thanks to his role in Ossan’s Love: Love or Dead. They’ll be playing a pair of supernatural investigators who work on mysterious cases throughout the country while also getting closer to each other. The filming for the movie will conclude in February 2020, with the release date to be announced later.

The 1995 animated movie Whisper of the Heart is one of the few Ghibli productions not directed by Hayao Miyazaki (although it was written by him.) Even so, it remains a shining gem in the studio’s crown thanks to its deceitfully simple plot masquerading as a teen romance that’s actually a story about the joy of creation and the power of imagination. So when it was announced that Nana Seino and Tori Matsuzaka were cast as the main characters in the live-action version of the story (premiering September 18, 2020), it was a sign that director Yuichiro Hirakawa was taking this movie seriously.

Despite their young ages, Seino and Matsuzaka are some of the most versatile Japanese actors working today. Compare Matsuzaka’s roles in, say, Iwane and Mozu, or Seino’s performance in Danger Dolls and After the Rain, and you’ll hardly believe that they are the same people. And now, they’re bringing their talents to Whisper of the Heart, which will take place 10 years after the story in the animated movie and require all of the actors’ talents to bring out the hidden depths of its characters. Although, if they don’t end up singing “Country Roads” then the entire movie will have been a colossal waste of time.

No Shortage of Love Stories on Japanese TV

If you can’t wait for Whisper of the Heart and The Tricornered Window to get your love fix, then Japanese TV has got you covered. Premiering on January 14, the TBS show Koi wa Tsuzuku yo Doko Made mo tells the story of an ambitious young doctor nicknamed the Devil (Takeru Sato) and a hardworking nurse with complicated feelings towards him (Mone Kamishiraishi). The first episode didn’t really show anything groundbreaking but its biggest selling point was the undeniable chemistry between Kamishiraishi and Sato, and it’s going to be interesting to see how their relationship develops going forward.

But if you require a bit more action in your stories about love, then you’ll want 10 no Himitsu (~”10 Secrets”). On the surface a story about a father (Osamu Mukai) investigating his daughter’s kidnapping and some secret involving his ex-wife, the story is ultimately one about parental love and the extraordinary lengths parents will go to for their children. This is made more interesting by the fact that Osamu Mukai isn’t an action hero type by any stretch of the imagination, which in the long will surely help the series with its emotional payload. Check it out for yourself on Fuji TV if you ever get the chance.

The Wheels on the Plague Doctor Go Round and Round

On January 12, Twitter user @komi35 posted a video of a street performer from Kameido, Tokyo, performing a mesmerizing contact-juggling routine with rings, which itself would be amazing enough. But the reason why the video was liked nearly 130,000 times was surely because the artist was dressed as a steampunk wind-up plague doctor.

The word “whimsical” gets thrown around a lot these days but that guy? That guy nailed it.