Finally after more than a month with no Japanese national holiday, July delivers Marine Day, whose aquatic theme is depressingly appropriate for the late rainy season Tokyo is experiencing. Whether you want to hole up with a book – or zine – or throw caution to the wind and venture out to a music festival or spectacular fireworks display, this weekend’s offering of events delivers something for everyone. If there is one fireworks festival to see this summer, make it a point to head to Yokohama this weekend. Japan’s top pyrotechnicians launch a dazzling array of fireworks over the bay, all choreographed to music. Billed as “Japan’s largest beach market,” this annual festival at Yoyogi Park celebrates the ocean and all its related cultures – from music and fashion to food and sports, as well as environmental issues.

Part of Japan’s summer obon celebrations, this weekend’s festivities at Yasukuni Shrine are some of the biggest and brightest in the country with 30,000 lanterns lighting the way to the shrine. Joining various parties all over the world before the annual mass gathering in Croatia, the Tokyo chapter of the all-night party boasts Japan’s biggest names in the bass music scene. The German festival is traveling throughout Tokyo this summer, landing in Setagaya this weekend. Celebrate Oktoberfest in July and indulge in sausages, beer tastings and all things German. 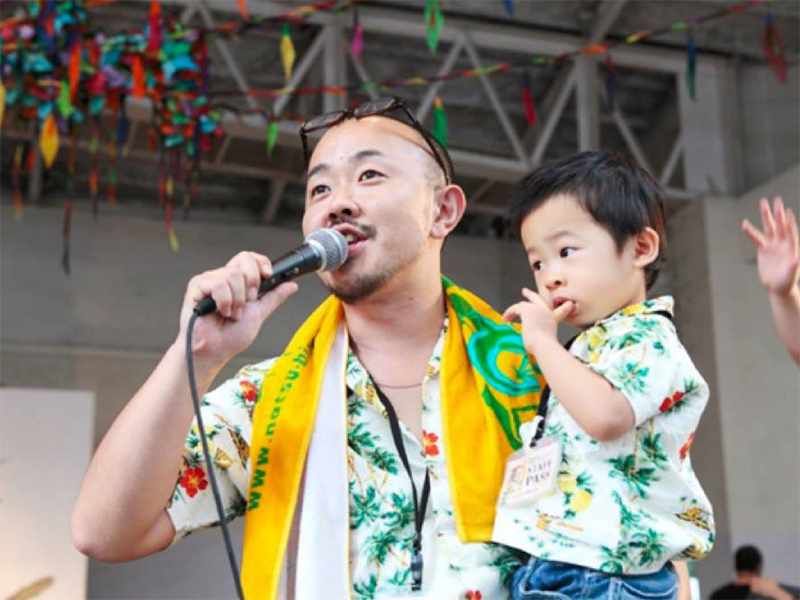 This music festival’s concept is simple: create a festival that’s easy to access for a day trip from the city (as its held in Tachikawa), and make it kid-friendly (kids under 12 are free).

Every month Nerd Nite gathers three smart speakers and a curious crowd. From musical emotion to gender activism, July’s event is all about expression. Bringing you the latest from Tokyo’s underground music scene, this special night of Amp. showcases The Falling Doves, an LA group that’s no stranger to touring the world and tearing up the stage.

This Iwate Prefecture music festival was relaunched after the 2011 earthquake and tsunami to boost the local economy. Five years in, the event boasts a lineup of some of Japan’s best rock acts, including Brahman, Hawaiian6, 10-Feet, Locofrank and more. Returning after a one-year hiatus to a new location at the Museum of Contemporary Art Tokyo, the Tokyo Art Book Fair gathers more than 300 participants from Japan and abroad, including independent publishers, gallery presses, as well as individual artists and groups. Learn more in our recent profile of Tokyo’s zine culture.