7 Things I Learned During My First 7 Days in Tokyo

Seven days ago I landed at Narita Airport after taking my first plane ride in 13 years. When preparing for my internship in Tokyo, I expected to be thrust into a different world from the small Mississippi college town where I’ve spent most of my life. Though the Hospitality State shares a few values with Japan, I was still moving from one of the most rural areas in America to one of the most populous cities in the world. My findings? There is much more to the city beyond arcades and sushi joints. 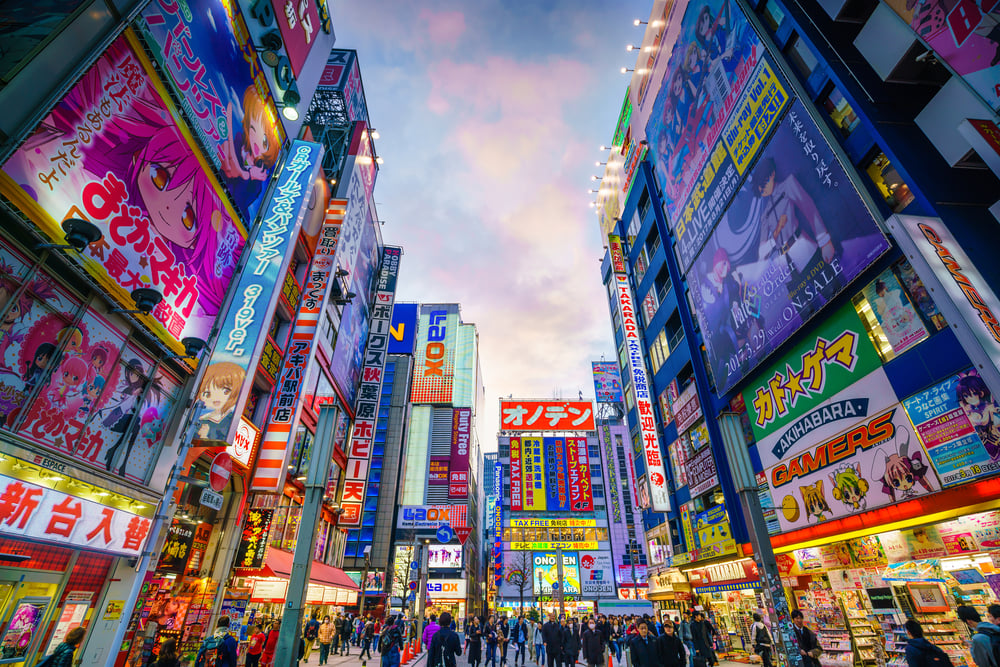 There’s a particular image many have of Tokyo. Everyone wants Blade Runner. They want the glowing neon signs, the massive crowds, the futuristic tech. Tokyo totally has that, but there’s a whole other 12 hours to the city.

Lots of Tokyo is surprisingly homey. Each district has a distinct local flavor that offers a break from the city’s urban centers. Once you get away from the bustle of Shinjuku and Ikebukuro, you’ll start to discover a quieter side of town. Tons of mindfully placed parks, shrines and flower shops dot the streets, giving this urban jungle a calming connection to nature.

Every Inch of Space is Put to Use

After hearing about the city’s sprawling population and the prominence of one-room mini-apartments, I was expecting there wouldn’t be much space to spare. While that does often ring true, constraints lead to innovation in how the people here manage their limited lodgings. In the smaller restaurants I’ve eaten at, I’ve been greeted by a vending machine instead of a cashier. Press a button, and a meal ticket is dispensed. Another time, I went to visit a non-profit company that had no space for a meeting room. Their solution? Rent out a nearby apartment and conduct meetings there. Tokyo has around 13 million people, so of course you’re gonna have to face the crowds eventually. Tokyo’s ability to organize crowd-management is second to none. Look no further than the Shibuya Scramble, the busiest intersection in the world, where 3,000 people cross at one time – like a hot knife through butter.

I expected to get lost in a sea of people, but everyone moves in unison. Even in crowds, people move in a perfect conga line. They stick to the left side of the sidewalk – and escalator. Once you get the rhythm down, it becomes easier to move about.

Trains as Punctual as a Swiss Watch

Coming from a small college town, I’ve gotten used to my transit being a coin flip between a lonely ride devoid of all human life or packed full of other tardy students. Here, the trains are much more predictable. So much so that when I hit my first significant delay it felt like a huge inconvenience. While I wouldn’t think anything about a car ride taking an extra 10 minutes back home, a brief two-minute delay here feels debilitating.

Honestly, here in Tokyo I don’t miss my car. Getting to stretch my legs every day and walk everywhere is a nice change of pace. Even in a crowded city that is the equivalent of an ant farm, I like being able to take the train to anywhere I please.

I Couldn’t Survive Without 7-Eleven

In Tokyo you can’t walk five minutes without hitting a convenience store. I had always heard how useful the stores were, but I never expected to find a printer, of all things. These places come packed with everything from laundry supplies to ATMs that connect overseas. The food is way better than what you find at the local Chevron station back home. If I’m not looking to shell out money at a restaurant, some onigiri rice balls or instant ramen can make for a nice, quick lunch. Everyone Uses the Same Umbrella

Thanks to my luck, I flew in just as Japan’s rainy season began. This week I’ve gotten used to seeing two things from under my coat’s hood: grey, gloomy skies and hundreds of identical umbrellas. It seems like 70% of the people in Tokyo use the same translucent umbrella with a cane-shaped handle. Most of the stores I hop into have them for sale by the crateful, which was incredibly handy after the wind inevitably snapped my dinky travel umbrella in half.

If You Cherish Your Ears, Stay Away from Pachinko Parlors

When roaming Akihabara with friends one day, we spotted what looked like a fancy arcade and decided to drop in. Our naivete was rewarded with a deafening assault on our eardrums as we had stumbled into a pachinko parlor. After checking to make sure that our ears weren’t bleeding, we scurried out, thankfully avoiding permanent damage. For young entrepreneurs looking to make a splash in Akihabara, maybe the earplug business could be a good place to start.