Tatsumi Hijikata, founder the avant-grade butoh dance style, was banned from the dance festival where he held his first butoh performance in 1959. The piece, Kinjiki (Forbidden Colors), explored the taboo of homosexuality. The antagonistic ending led the audience to believe a chicken had been strangled to death on stage.

As butoh matured as a dance form, catching the attention of Western audiences, Hijikata explored the transmutation of the human body and developed a poetic and surreal choreographic language influenced by modern dance and libertine authors such as the Marquis de Sade and the Comte de Lautréamont, among others.

The Kanazawa Butoh Kan delivers an original butoh production, inspired by Hijikata’s provocative work, in Tokyo this Friday and Saturday. Transform your weekend with a host of other events including St Patrick’s Day celebrations, alternative rock concerts and the budding of cherry blossom season. The Kanazawa Butoh Kan dance troupe created a new production inspired by Tatsumi Hijikata’s piece Yameru Maihime (The Sick Prima Donna). This grotesque tale follows a group of boys and girls trying to transform themselves into diminutive creatures, exploring the themes of darkness, the human body and its place in the universe. Irish eyes are smiling at Yoyogi Park for two days as St Patrick’s Day cheer is celebrated with traditional Irish food, music, dancing, plenty of frosty beverages and even a rugby corner. Check out our full rundown of St Patrick’s events in the Tokyo area. Tokyo Meteorological Corporation forecasts Tokyo’s cherry blossoms to reach full pinkage from March 29, but that doesn’t mean you can’t get in the sakura spirit at Tokyo Midtown, as well as Nihonbashi. These critically acclaimed LA-based youngsters will make you feel nostalgic for ’90s grunge rock as they headline a full lineup of alternative rock bands in Shibuya. The group of influential artists highlighted in this exhibit, known as the Pre-Raphaelite Brotherhood, thumbed their nose at Britain’s late-1800s art establishment, seeking to return to the abundant detail and intense colors of “pre-Raphael” Italian art. Tea makers, tea producers and tea drinkers gather at this event held alongside the Aoyama Farmers Market featuring more than 100 varieties of tea from all over Japan and the world. The biggest-ever exhibition of Sylvanian Families – first produced by Japanese toy company Epoch in 1986 – showcases around 1,000 products available in Japan over the last 33 years years, in addition to a large-scale Sylvania diorama. 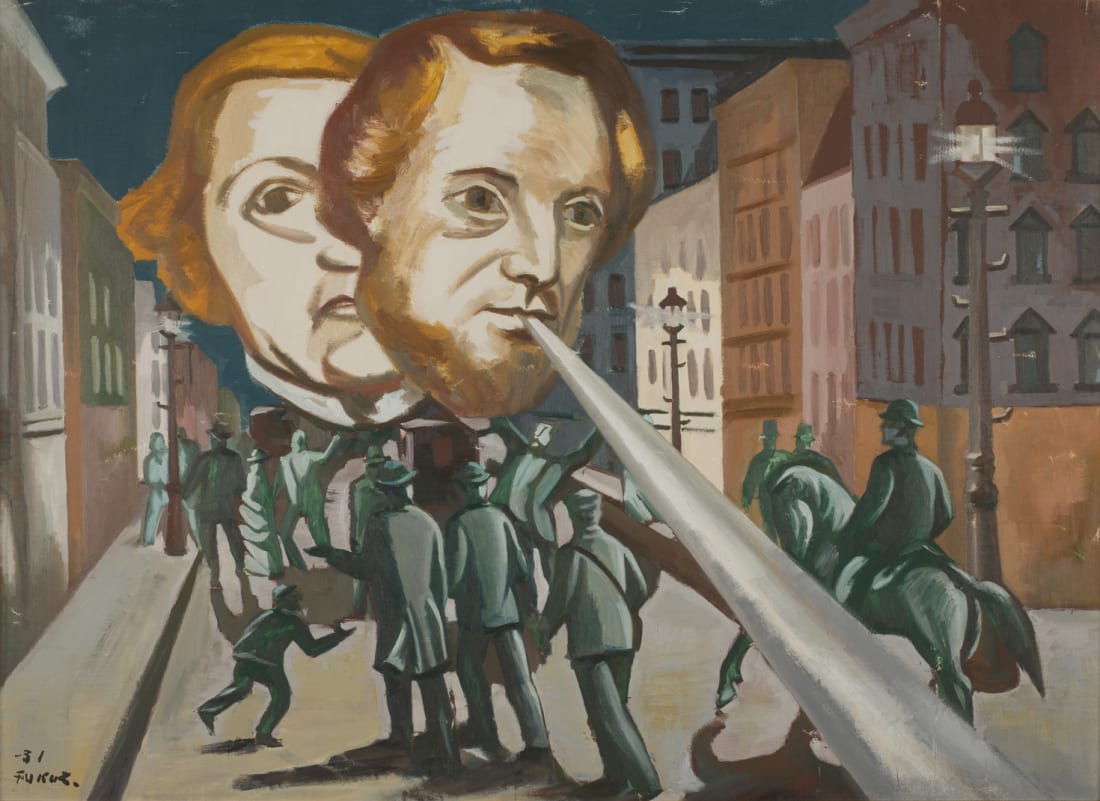 This exhibition presents 90 paintings of Fukuzawa Ichiro (1898-1992), who introduced French Surrealism to Japan in the 1930s. Earning a Cultural Medal late in his life, Fukuzawa generalized issues by occasionally quoting classical paintings and treating social problems freely with intellectual humor.