At the request of the mysterious Buddhist monk Tenkai, the first shogun, Tokugawa Ieyasu, appropriated the northern Edo homes of three distant samurai lords in order to build the temple Kaneiji.

Known as the “demon gate,” Kaneiji was built northeast of Edo Castle, the unlucky direction from whence evil spirits are believed to come. Kaneiji became a favorite religious retreat of the Tokugawa family, with six shogun now buried within the temple’s mausoleum.

After 250 years of peace the temple was site of the fierce final battle of the Boshin War, when 2,000 loyal retainers of the shogunate holed up inside its walls, only to be defeated by Imperial troops with the aid of cannons and Snider guns, ending the resistance and ushering in the westernization of Japan.

In the aftermath, the powers that be discussed turning the land of the destroyed temple into a hospital or school, but Dutch military doctor Anthonius Franciscus Bauduin fiercely argued that the beautiful land known as Mount Ueno be turned into Japan’s first public park (America’s first national park, Yellowstone, was opened a year earlier).

For once, a foreigner’s advice was heeded, and Ueno Park was built. The land is now home to museums designed by architects Le Corbusier and Kunio Maekawa, 1,200 cherry trees, Xiang Xiang the baby panda and a statue of Bauduin himself, which was redone in 2006 after they realized the bronze bust was in fact his brother’s. A clump of the monk Tenkai’s hair is also buried at Ueno Park.

Most recently, the former Hakubutsukan-Dobutsuen station, which delivered tourists to Ueno’s museums and zoo until 1997, was restored as a modern art museum.

Follow the rabbit to the museum’s latest exhibit, as well as a slew of other riveting events happening in Tokyo this weekend. Wandering into the Rabbit Hole

Theatre director Shirotama Hitsujiya and art designer Akiko Sakata based this latest exhibition on their extensive research of Ueno Park’s nature and people. The program features skeletal specimens that can be touched. To make the underground, abandoned station less creepy, guides will wear animal masks. Guests to this popular museum can’t just show up willy-nilly. Be sure to arrive well before opening time to receive a ticket for a specific entry time. This showcase of the latest arcade equipment for game centers and amusement facilities allows visitors to play on all the machines free of charge. Watch live battles between top gamers from across the country, and what would a gaming expo be without cosplay? 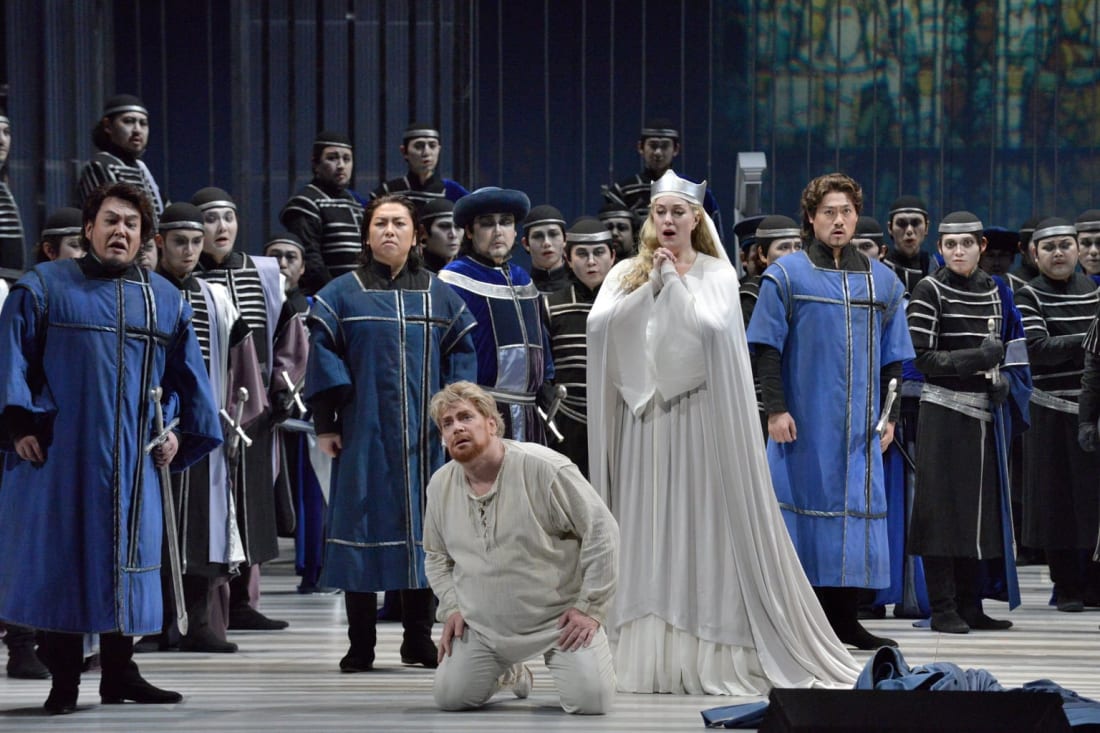 Showing at New National Theatre, Tokyo, Richard Wagner’s masterpiece depicts the conflict between sacred and profane love as the poet Tannhaüser (sung by the exceptional German tenor Torsten Kerl) is torn from the arms of Venus, and sets off on the road to ultimate redemption. The first solo show in Tokyo of this up-and-coming Kyoto-based artist features seven new paintings that blur the definition of what is the canvas and what is the subject. Artist reception is January 26 at 18:00. Japanese Swords Dedicated to the Deities

Any time you have the chance to see a samurai sword exhibition, you should go. These swords now on exhibit at Kokugakuin University Museum in Shibuya trace the relationships between Japanese gods, shrines and swords. If you like math-rock (oxymoron alert ), apparently you aren’t alone because Tokyo is full of young talented musicians exploring time signatures and bossa nova beats. Headliner Sir. Fennek is no slouch when it comes to shoegazing. Located  in cosmopolitan Ginza, this lifestyle hotel commemorates its one-year anniversary with a selection of endearing cocktails at the NAMIKI667 Bar & Lounge, plus more.