While Christianity officially arrived in Japan with Portuguese traders in the 1540s, Aomori legend says that Jesus himself is buried in the mountain village of Shingo. Ancient documents unearthed, and subsequently lost, in the 1930s purportedly reveal the Messiah eluded crucifixion, moved to northern Japan, became a garlic farmer, had three daughters and died in Shingo at the age 106. His tomb has a website. Two thousand years later, Christmas Eve is celebrated in Tokyo as a date night with fried chicken. Celebrate the season, for whatever your reason, with these Yuletide events. A talented cast of Broadway’s finest delight spectators with spectacular seasonal song and dance performances. With tap dancing, ice skating and an appearance from Santa himself, you have everything you need for very merry Christmas indeed. The Philadelphia soul legends return to Tokyo for festive joy and retro classics. Formed in 1968, the group surged in popularity in Japan after their song was used in a hair product commercial. Christmas classics don’t get more soulful, or provide more bounce and shine. Join approximately 5,000 Santas as they run the 2.4 kilometer course around the Meiji Jingu Gaien complex in efforts to raise funds to provide Christmas gifts to sick children. Registration ends December 21. Marking its 60th anniversary, Tokyo Tower has pulled out all the stops with its holiday decorations. Head to the main deck for the mesmerizing City Lights Fantasia – Winter Night Story. Twenty-one young artists and creators are selling their holiday arts and crafts directly to shoppers in the last minute run-up to Christmas. The LA-based vocalist brings her charming, powerful stylings to Blue Note Tokyo to perform holiday favorites, classic jazz and even a touch of Disney magic. Combining world-class dining, decadent festive ambiance and spectacular night views from over 40 floors above the city, this is the perfect chance to create a few more unforgettable Christmas memories. 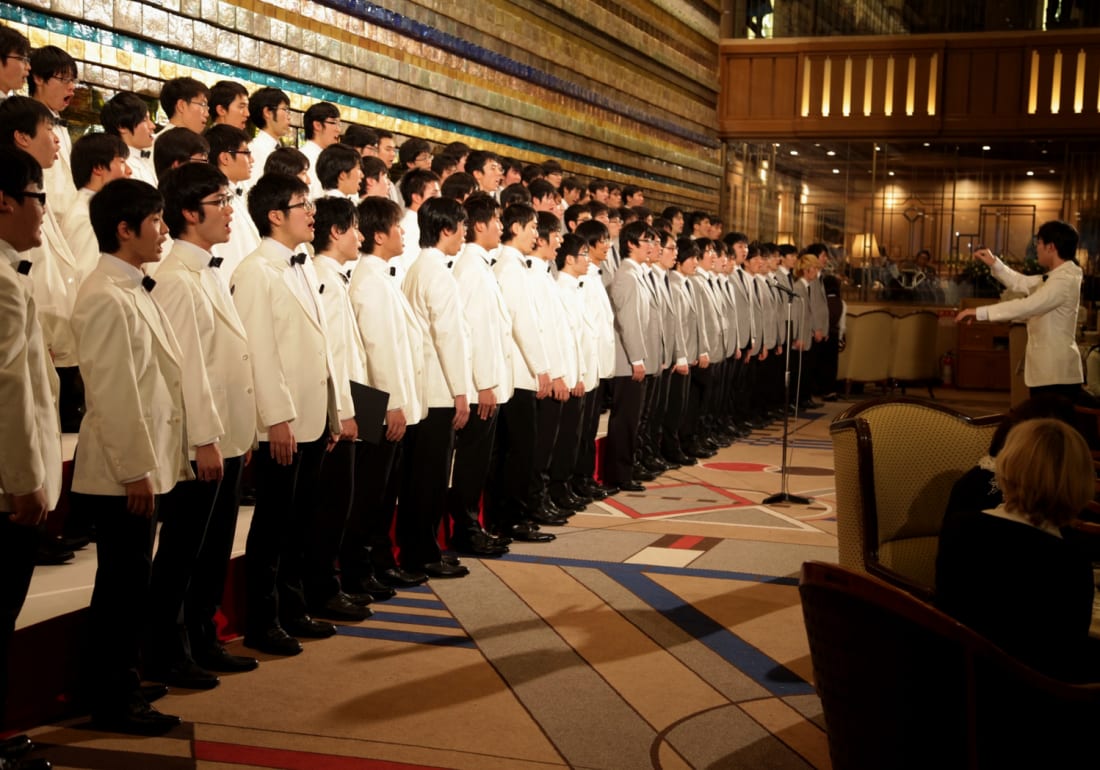 As it has done for decades, Tokyo’s 128 year-old Imperial Hotel presents a series of festive Christmas dinners and live concerts for the holiday season, including spirited choral performances by the Waseda University Glee Club and the Keio University Wagner Society. Collect stamps from the 100 Santas hiding in the area surrounding Tokyo Station and once you make a bingo line on your card head to assembly hall to receive your raffle drawing from the four Santa Clauses awaiting your arrival.