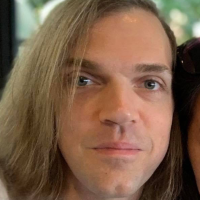 Tucked away on the third floor of an ageing building, at the end of two narrow veins of Harajuku’s throbbing heart, lies a juicy slice of North America; Harry’s Sandwich Co. at Cafe Roots. Designed and conceived by San Francisco native Harry Stanwood, this eatery provides one of Tokyo’s few true breaks from Japanified foreign foods. Biting into its sandwiches for the first time, your eyes close, your mind expands, and suddenly you’re immersed in California.

The setting is quite simple. Large brown floorboards – in some places worn down to the woodgrain – support a handful of quaint tables and barstools. The walls are garnished by simple black picture frames which showcase domestic and foreign scenes. High overhead, a sprinkling of shelves sport various curiosities; strongly driving home the point that the ambience is casual, with the emphasis resting on the quality of Harry’s fare.

Raised in the Bay Area by a chef father and a photographer mother, Harry brings to his sandwiches attention to detail and a well thought-out composition. His take on the classic Meatball Hero sub includes meatballs made from his father’s recipe, homemade marinara sauce, and carefully selected mozzarella cheese, which, all-combined, provides a delicious trip through space and time. The Pork Cubano features grilled seasoned pork and ham, dressed with mustard, cheese and pickles. The tanginess of this sandwich balances perfectly with its submarine-sandwich bread and its mixed-meat content; satisfyingly substantial, without feeling overwhelming.

The restaurant also dedicates a full third of its menu to vegetarian tastes; from the classic comfort-food Grilled Cheese to the savoury Caprese, to the domestic flavours of the Nassu. The latter, named after the Japanese word for “eggplant,” is Harry’s answer to the “summer sandwich.” For consistency, each selection on the menu is prepared from the same submarine bread; for which Harry searched through six different bakeries. He says he originally planned this establishment as a true “escape for expats” where “no-one will hit you up for an English lesson.” A quick survey of his clientele, however, reveals that he hit a wider target than the one for which he was aiming. David Klaassen, a Chiba-based professor from America, says his son found the eatery on Reddit while on holiday from the U.S. Both father and son were equally impressed by their orders. Klassen told us his Buffalo Chicken Sandwich was delicious, that he would surely be back, and that he would recommend this place to anyone.

One charm point that he liked in particular, he said, was the red plastic baskets in which each sandwich is served; noting that this was a typically American concept. His son, Nathan, was also pleasantly surprised to find that he could communicate with the restaurant staff in English (since he doesn’t speak Japanese). He also enjoyed the quirky fact that this eatery provides a Nintendo 64 with which its patrons can play.

Eiko Hosaka, an Akita-born Japanese woman seated nearby, liked the Nassu sandwich the best. “I don’t usually eat pesto sauce,” she offered, “but when it comes with the eggplant, it tastes so fresh and so nice. Also, because of the thickness and substance of the eggplant slices, it makes me feel like I don’t need meat.” She also believes that fellow Japanese people would enjoy the experience of seeking out an American hideaway in the middle of Harajuku, and then sampling some quintessentially American fare, prepared by someone steeped in its traditions.

And, what would Harry recommend as a takeaway? “The sandwiches here are authentic and homemade,” he offers. “A lot of restaurants in Tokyo have a corporate feel, so I am trying to offer a place where people can feel part of a community. I like to throw parties, and I like to make people happy, with good food and drinks!”