Shake off the rainy season with our guide to some of Tokyo’s top arts and culture events. If you’re looking for a good Father’s Day treat, there are exhibits, music and food to suit the whole family. There’s also a quilt extravaganza for patchwork fans. And did we mention the cats? For a limited time, a clowder of cats will roam the Edo-inspired environment just outside Ryogoku Station for an event that’s sure to be the cat’s meow. There are fives zones in this Edo-themed cat cafe: the cat tea shop, the cat red light district, the cat sento, the cat row house, and the cat plaza. A portion of the earnings from the event will be donated to organisations creating projects to help prevent cats from being abandoned. 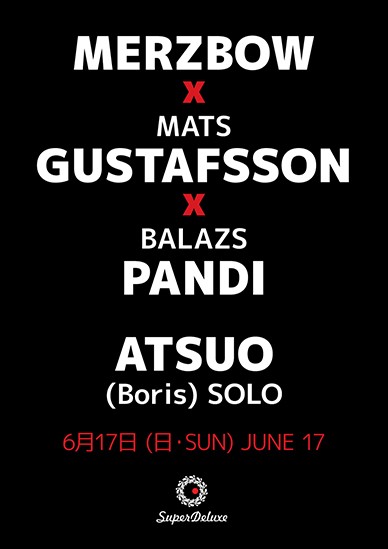 Masami Akita, better known by his stage name Merzbow, is a Japanese musician who practically invented the genre of noise music in Tokyo and Osaka. Known for his harsh style and ample collaborations, Merzbow is a legend in the Japanese underground music scene. You’ll usually find him playing clubs in Berlin but this Sunday, catch Merzbow with Mats Gustafsson at Superdeluxe. There will also be a solo set from Atsuo (Boris) another noise musician with a long career collaborating with numerous Japanese and Western artists. Quiltists and quilt-lovers alike, gather for a week-long exhibition of these patchwork masterpieces at Hotel Gajoen. Experience tradition with a contemporary twist in honor of this year’s theme, “Modern Japan.” The event includes displays of award-winning quilts, workshops taught by renowned artists, and even a sale. The Miracle of M.C. Escher

This comprehensive exhibition showcases over 150 pieces by the iconic Dutch graphic artist M.C. Escher. “The Miracle of M.C. Escher: Prints from The Israel Museum, Jerusalem” commemorates the 120th anniversary of the artist’s birth, looking back at his incredible printmaking work which played with perspective, reflection and symmetry in a time well before the digital age. If this feels like a weekend to ponder your mortality, head down to the Ken Nakahashi gallery in Shinjuku for “Defining Moment.” The second solo exhibition by contemporary Japanese artist Mihoko Ogaki explores themes of life, death and rebirth. Visitors will feel as if they have entered another dimension as they are surrounded by a universe of light and may find themselves contemplating the flow of time and the cycle of nature, on earth and beyond. “Let It Be” Musical at Tokyu Theater Orb

Come together, right now for the Let It Be tour; a musical paying homage to The Beatles. You don’t have to be from Liverpool to appreciate the music of these 1960s rock legends.  This is the second time Let It Be has hit Tokyo, and if you missed it the first time, we highly recommend snagging tickets. But hurry! The concert is almost entirely sold out. Instead of getting Dad a tie this Father’s Day, take him to BMI’s Gourmet & Music Festival in Yoyogi Park Entertainment Space. You can enjoy food, live music and (hopefully) clear skies! But expect some company – a weekend in Yoyogi Park is always sure to attract a large crowd. Live From The Kitchen Disco is a free monthly showcase of Japan’s melting pot of homegrown and international music talent in the intriguing setting of an Indian restaurant. With the rainy season just around the corner, the Kitchen Disco has prepared a lineup as hot as the spiciest curry Paperas has to offer.

How Yahoo Japan Became More Popular Than Google
TW Asked, You Answered: “What Japanese Historical Figure Would You Like to Have Coffee With?”
6 Unconventional Ways to Improve Your Japanese Language Skills
5 Ways To Keep The Spark Alive With Your Partner During Stressful Times

COVID-19 in Japan: Daily Updates
‘Terrace House’ Star Hana Kimura Dies At 22 Shortly After Posting a ‘Goodbye’ Message on Instagram
All You Need to Know About How to Receive Your Covid-19 ¥100,000 Stimulus from the Government
“Art Saves Lives”: International Artists Stranded in Tokyo Try to Change the Narrative of a Worldwide Coronavirus Pandemic