Every major US city has at least a few reliable Jewish delis – places where you can pick up bagels and shmear (cream cheese), get a tasty bowl of matzo ball soup, and maybe take home some rugelach for a sweet snack later. But if you were looking for a place in Tokyo where you could satisfy your yearning for this kind of comfort food, your options were slim to none. There are some Israeli style kosher restaurants, but they’re a different beast than the US style Jewish deli.

That’s why we didn’t take too long to make our way down to Wise Sons Tokyo in Marunouchi. Wise Sons is a San Francisco based chain of delis and bagel shops that first launched in the Mission District. With several shops around the Bay Area, they’ve made a name for themselves thanks to their authentic recipes and the laid back, relaxed feel of their locations. They made the jump across the Pacific this year, opening in February. When we dropped by, we had a chance to catch up with Wise Sons chef, Joey Boujo, who was putting on the finishing touches on the newly opened location, and just as importantly, to try some of the food.

As Joey explained, the newly opened shop was a while in coming. It all started when Wise Sons co-founder Evan Bloom was visiting Japan on his honeymoon about three years ago. He happened to take a meeting with a restaurant “fixer” – someone who helps foreign restaurants launch locations in Japan – while he was there. He explained the concept and the restaurant’s menu items, and didn’t figure anything would come of it. After a while, though, he got an email from the fixer with news that they’d found a partner – Giraud, a business that has brought a number of Italian restaurants to Tokyo. After arranging a tasting, things moved pretty quickly, and led to them opening what’s actually their largest restaurant, and one that they designed completely to their liking, an option that they hadn’t had at many of their locations back in the States. The shop is decorated with plenty of cool California touches, but the thing that definitely got our attention was a giant mural that covers one wall, featuring parts of San Francisco’s skyline with Mt. Fuji looming in the background. If you look closely, you can even spot a kaiju walking along, munching on a bagel. 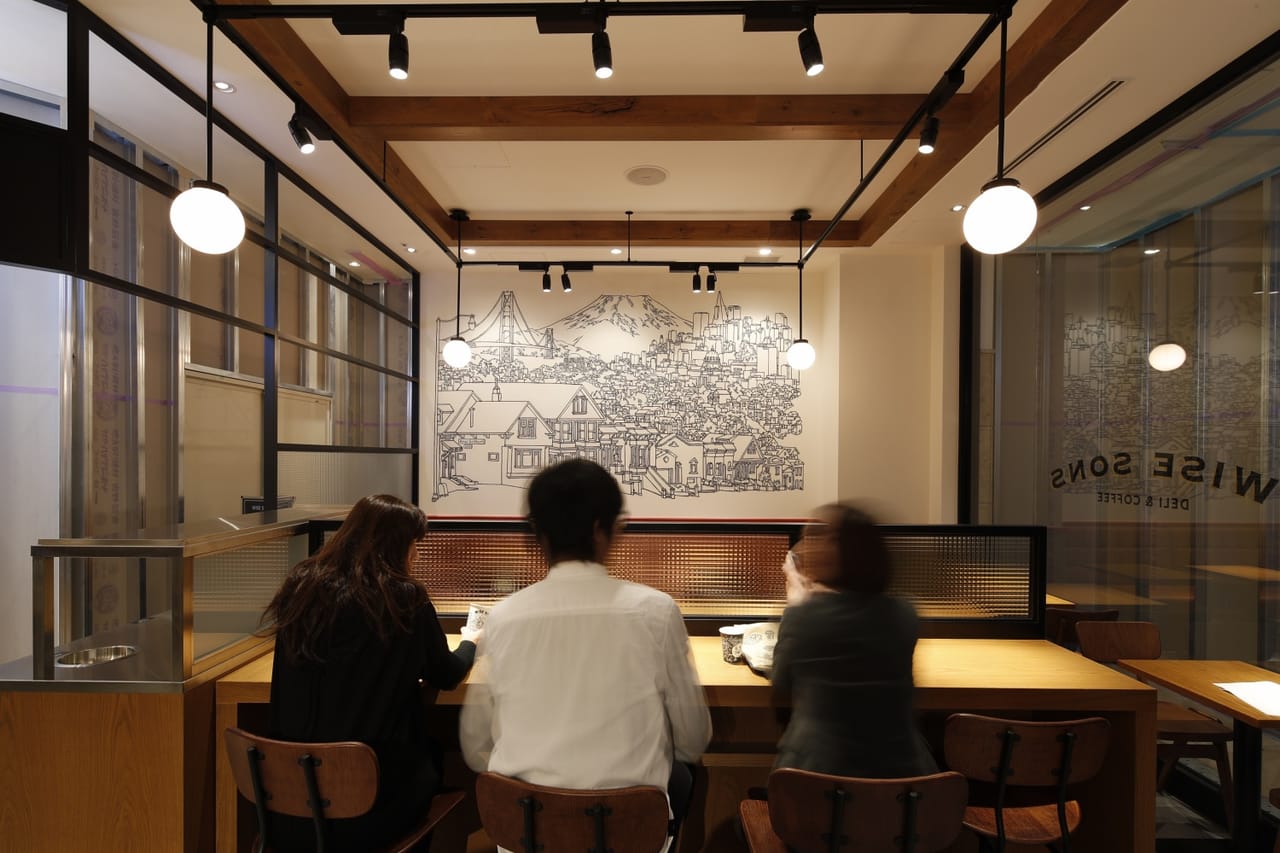 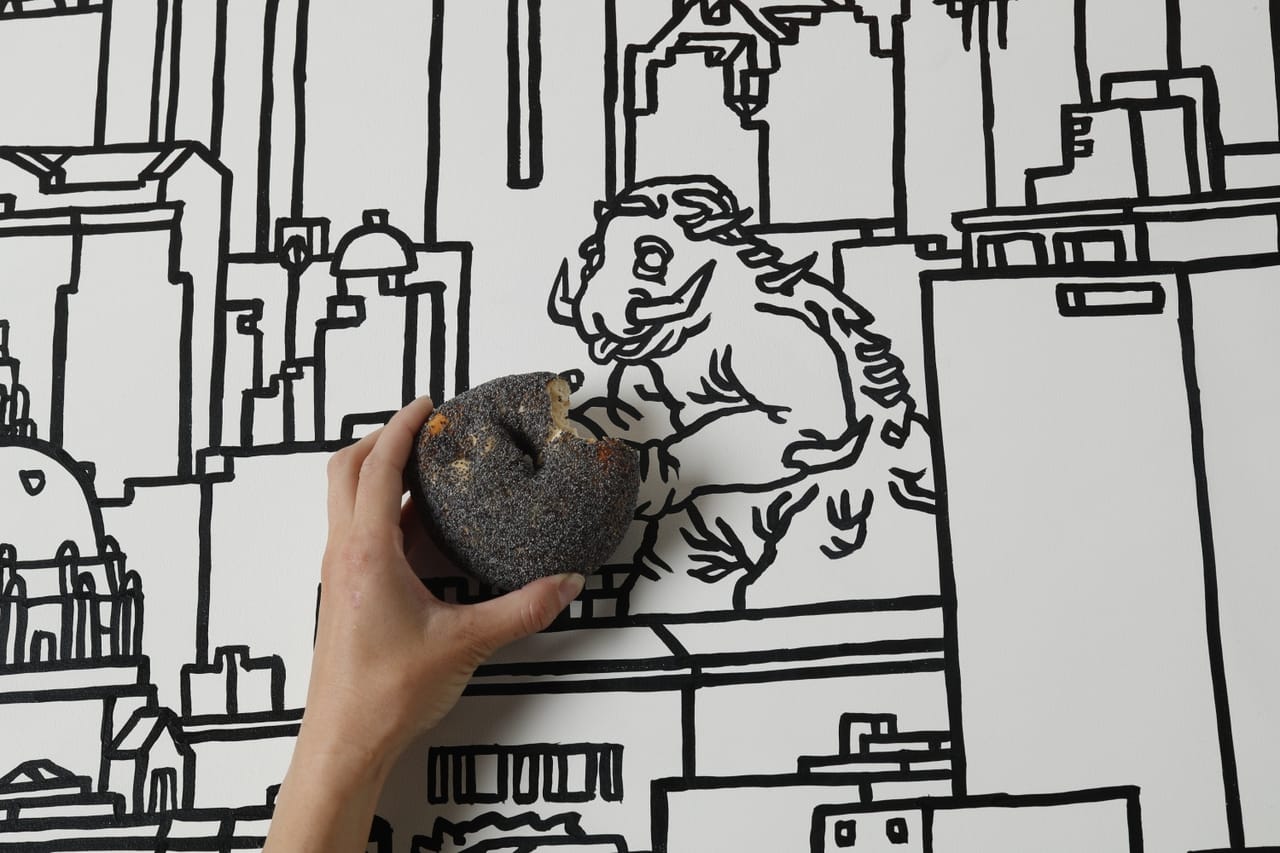 And how’s the food? We had a pastrami Reuben sandwich and a side of potato salad, and we couldn’t have been happier. The meat was lean and flavorful, and the Russian dressing and sauerkraut added a nice zing to the sandwich. We took a bagel home with us, and can easily say that it was the best bagel that we’ve had in Tokyo, hands down. We’re already planning our next visit to try the matzo ball soup – Joey explained that this traditional dish is proving to be a hit with Japanese diners – and we wouldn’t mind dropping by in the evening for a burger and to sample their imported beer selection.

In the long run, they’re looking to develop more of a catering business from their Marunouchi location, and if things go as well as they have been so far – the restaurant draws steady crowds throughout the day, and there were plenty of people there when we stopped by after the lunch rush – you could be seeing more of Wise Sons in other places around Tokyo. And you won’t hear us kvetch about that.

For details about Wise Sons Tokyo, visit our Concierge listing.