10 Events for a Long Weekend in Tokyo

Temperatures will be cooling off over the next few days around Tokyo, and there’s more than a chance of rain in the forecasts. But pack your umbrellas, as there’s plenty to get up to over this three-day weekend. Here’s our roundup of 10 events that you should have on your radar until Sunday night. (Click on each event for more information.) For the Yokohama Triennale’s sixth edition, curators have gathered together the work of more than 40 artists, whose pieces explore themes of isolation and connectivity, imagination and guidance, and distinctness and diversity. Among large scale works that turn art museums themselves into artistic canvases and more intimate pieces that invite musemgoers to reflect quietly on the Triennale’s themes, museumgoers will find surprises, challenging images, and plenty of aesthetic food for thought. “Hakkiyoi KITTE” at the Marunouchi KITTE building is an event where visitors can discover and experience the culture of Japan’s national sport, sumo. During the festivities there will be various promotions at stores and restaurants inside KITTE as well as an exhibition, special events and workshops. Find out how much a sumo wrestler eats, test your stamping power, take your own sumo photo and learn about the history of the sport! All around Yokohama’s Minatomirai station there will be an outbreak of Pikachu on land, sea and sky! The Pikachu parade has become a viral sensation all over the world but this year there will be a whole week of festivities to enjoy. The must-see Pikachu Carnival Parade will be held at 4pm on Monday August 14, but you also have a chance to spot hordes of the adorable yellow Pokémon each day, spontaneously marching through the square, cruising by on a 17m boat or emblazoned on a floating airship overhead! 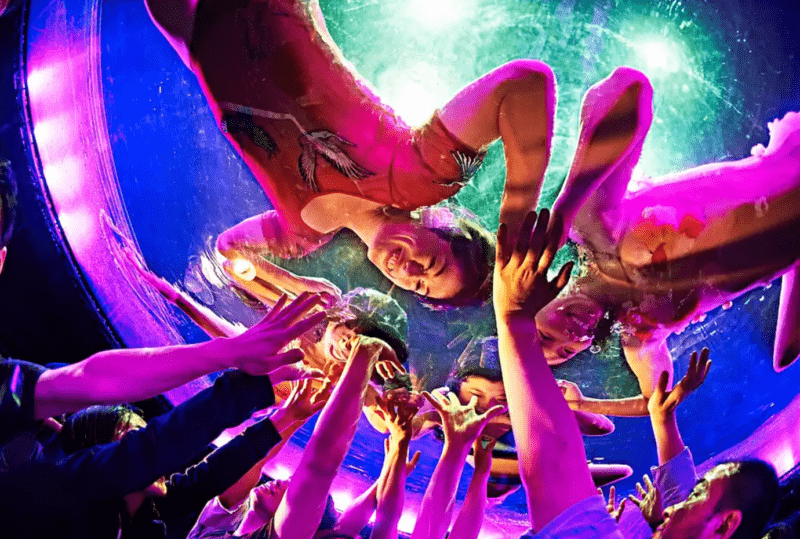 Argentinian postmodern theater show Fuerza Bruta is back, and this time with an injection of Japanese inspiration. This event is neither a stage show nor a musical, but it is an unforgettable and awe-inspiring experience for all the senses. As part of Yebisu Garden Place’s summer Garden Picnic festivities, the main square will be transformed into an outdoor cinema. During the “picnic” season, visitors can enjoy free screenings of 12 movies on selected dates throughout August, presented by “traveling cinema” Kino Iglu. A mixture of English, Japanese and world movies from all genres are being shown, so there is something for everyone to enjoy. One of Japan’s summer symbols is the soothing beauty of softly glowing paper lanterns floating along the Sumida river at dusk. Participants decorate their lanterns, then send them off as they make a wish.

Sumida Aquarium has opened a small exhibit, displaying more than 20 kinds of goldfish in various shapes, colors and sizes. The goldfish-themed exhibit is lit up with more than 100 goldfish lanterns, and the various tanks are decorated with Edo period motifs. The swanky Soirée Blanche party series is back by popular demand. Held at the French Kitchen’s airy terrace and bar every Saturday from June 24 to September 2, these luxurious events recreate the glitz and glamor of celebrity summer parties in the south of France during the 1970s. The resident DJ will complete the summer vibe with lounge music perfectly paired with the atmosphere. One of the biggest events of the Japanese pro wrestling calendar is New Japan’s prestigious G1 Climax tournament. Twenty wrestlers battle it out in a month of matches hoping to come out on top of their block, with the winner of Block A facing the winner of Block B in the sure-to-be spectacular final on August 13. The tournament features an international collection of fighters including seasoned veterans and young up and coming stars. Head down to Kamakura for some beach house action, courtesy of Volcom Japan. In partnership with the Green Room, this event will feature live musicians, DJs, food catered by Wahoo’s Fish Tacos, and drinks – with free admission to boot.