Six Summer Illuminations to Light Up Your Nights

In the spirit of the recent Tanabata holiday, Tokyo Tower is making sure that lovers Orihime and Hikoboshi have a chance to meet all summer long by recreating a starry night — complete with Milky Way — on the first floor of the main observatory deck. The outer staircase, usually only open on weekends, is open daily and has its own illumination starting around sunset. Brave the 600 steps from the ground up to the main observatory for a great view and some serious sweating.

Tokyo Midtown will be ablaze with “light fireworks” on a big screen this summer, with fireworks shows scheduled three times an hour. The light shows will feature programs from each of the three grand fireworks festivals in Japan: Nagaoka, Omagari, and Tsuchiura. For four days, August 10 to August 13, there will be a special performance featuring 300 real fireworks in combination with the light show, in celebration of Tokyo Midtown’s 10th anniversary. Hello Kitty and Gudetama enthusiasts are in for a treat this summer, as Sanrio Puroland goes all out with an illumination event consisting of more than 500,000 LED lights on the first floor of Puro Village. Select Sanrio characters will also get a chance in the spotlight for two weeks each, except Hello Kitty, who stays lit the whole season. There are plenty of other events, such as an Obon festival, food stalls, and a marching parade. 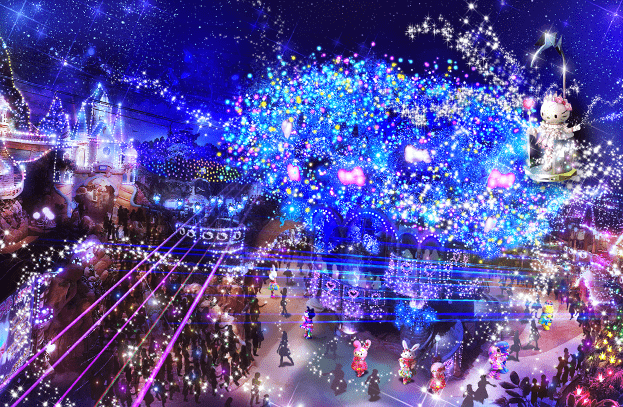 This summer illumination extravaganza on the Izu peninsula in nearby Shizuoka is in its second season and shows no signs of stopping soon. This interactive, high-density illumination display features wild worlds of dinosaurs, beautiful floral displays, and even a trip into outer space. 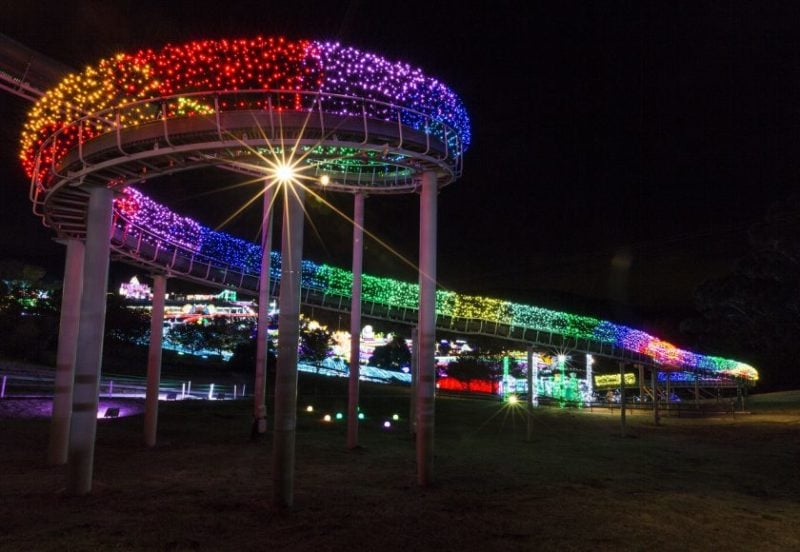 This spectacular illumination event takes place at historical Ryukoji Temple in Katase (near Enoshima) and uses 5,000 bamboo lanterns to light up the whole temple grounds. The flickering lights create a mystical atmosphere around the temple, while colored lights illuminate the temple itself.