Nandeyanen! You Can Learn Kansai Dialect from Kansai Natives in Tokyo…

If you’re looking for a way to spice up your Japanese learning methods, look no further than a Kansai-ben seminar, organized by Guidable Japan. The classes are held every two weeks and include a casual get-together afterwards for the participants to get a chance to get to know each other. Intrigued, but still slightly unsure of the purpose of these lessons, we asked Ayumu Otani, an Osaka native and head teacher for the course, some questions. 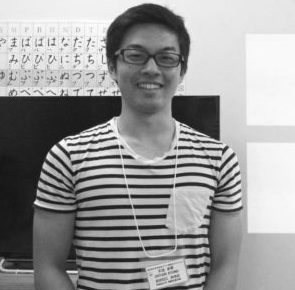 Why did you start this seminar?
I wanted to start this class for three reasons. First, I wanted foreigners to get a feel for the Kansai spirit and mindset which is totally different from normal Japanese. In my opinion, the Kansai area has totally different culture from Kanto; in part because of the language. I think when you speak English, you have an English-speaker’s mindset, and when you speak Japanese, you have a Japanese mindset. I believe it is the same for the Kansai dialect. When you speak it, you can feel more open and laid-back and I wanted to foreigners to experience these feelings. That’s why I wanted to do a Kansai-ben contest at the end of the class, because that’s how you use the dialect on a daily basis. Although to Kanto people it sounds like a comedy show.

Second, I wanted to give people from other countries another way to communicate with Japanese people. I think, personally, to become friends with Japanese people is harder then to become friends with American or Filipino people because they are less open at first. (I’m comparing these places based on my experiences of studying abroad in California and traveling to the Philippines.) But if they speak Kansai-ben to Japanese people, I think it works as a good conversation opener. People in Kanto like it when Kansai people speak Kansai-ben because they think it’s funny, so I was pretty sure foreigners speaking it would be more interesting and would help them click.

Third, I chose Kansai-ben because I am from Osaka and it’s impossible for me to do a Fukuoka or Tsugaru dialect seminar unless I recruit some native speakers from there. Maybe in the future!

How do you think learners of Japanese benefit from taking a Kansai-ben class?
Aside from making friends more easily or gaining a different mindset, I also believe that students learning the dialect can gain deeper understanding about Kansai culture which in turn deepens their understanding about Japan in general.

What do you feel is the most useful Kansai-ben expression?
おおきに (Okini), which means “thank you”, is the most useful I think. You can use that almost in any situation. [And if you’re wondering, “nandeyanen” means “what the hell?”]

To find out more about upcoming Kansai-ben classes, head over to our event listings.