A Japanese-American model of Irish descent, Shannon Dancy was named after the biggest and most famous river in the Emerald Isle. The exotic-looking 26-year-old was born in Tokyo in 1991, but traces her ancestry back to County Cork, the largest and southernmost county in Ireland.

Visit almost any city in the world and the chances are you will meet people with a variety of accents telling you they have Irish blood running through their veins. It’s a little less common in Japan – however, at least amongst those who grew up here. Dancy is slightly unique in that sense and despite the fact that she’s never been there, still feels a connection with the country, describing herself as Irish-Okinawan to her more than 30,000 followers on Instagram.

“My father’s grandparents moved to America a long time ago, but I am aware of my heritage and actually feel quite Irish,” she tells Weekender. “I’ve got the pale complexion and some similar traits such as the fact that I can drink quite a bit [laughs]. I know there will be a huge amount of alcohol consumed on St. Patrick’s Day, but I’m not sure what my own plans are yet. I guess my dad will be dressed up in green and probably paint his beard that color too. It’s what he often does.”

Dancy has a very close relationship with her parents whom she says have both had a big influence on her career as a model. In fact, it was her mother that first got Dancy started in the industry more than a quarter of a century ago. She was just three months old at the time.

“My mum put me in for a commercial as a baby model advertising milk,” Dancy says. “I then continued modeling after I was old enough to walk. As a child, I did jobs on the weekends and in the summer holidays, but never really saw it as work. It felt more like a hobby. It was only when I was at high school that I thought why not try it as a career?” 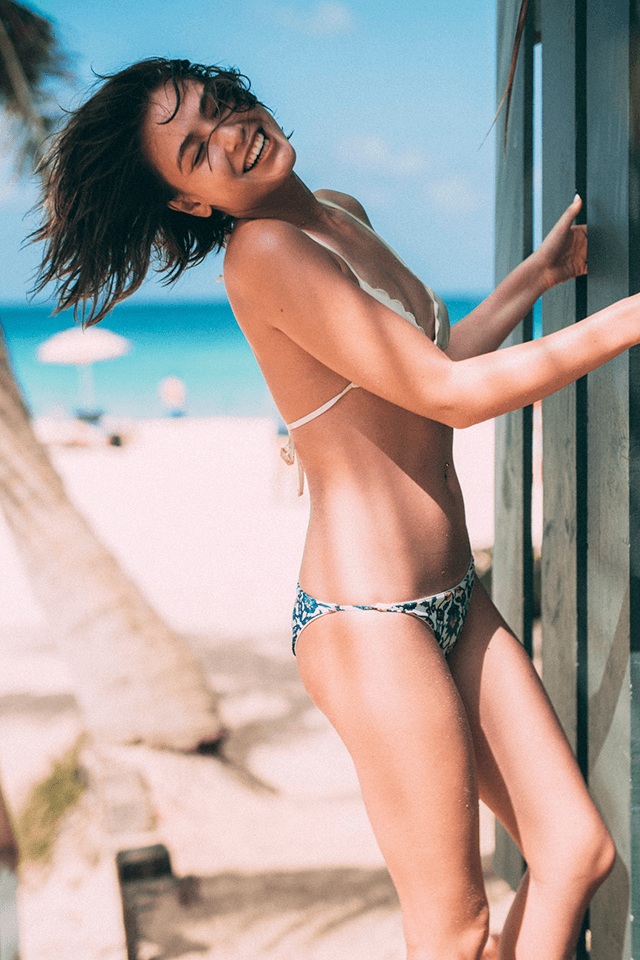 It has so far proved a wise choice. Dancy, or Nagamine as she is also known, has worked for a variety of fashion brands, most notably as a lingerie model for Peach John, and she’s been a regular in magazines and catalogues since her late teens.

According to Dancy the most difficult aspect of her profession is having to stay slim, which is especially important for lingerie shoots. The 168cm model constantly has to watch what she eats and stays in shape with regular CrossFit workouts, the grueling, high-intensity training method used by the police and the military. In what is a highly competitive industry, particularly for mixed-race models, Dancy knows she can’t afford to let her standards slip. There are a large number of girls out there looking for an opportunity to take her place, however, this is not something she seems overly concerned about.

“I don’t really see modelling as a competition even when I go for auditions,” she says. “I’m a hyperactive person so if I start worrying about other girls around me I think I’d go crazy and not be able to concentrate on what I’m doing. It’s just about shutting everything else out and focusing on your own strengths. In this business, I believe it’s important to establish a sense of individuality. Of course, you need to be aware of trends, but you also need to look beyond them and follow your own path.”

Dancy has recently been appearing in a reality Internet TV show titled Fresh Gakuen DJ Bu, in which she and five other students have been learning how to DJ. As part of her graduation she will be performing at Club Harlem in Shibuya on March 19. For more details see https://www.facebook.com/events/651771678341949/

Unless indicated, all photos courtesy of Freddy