These Are a Few of 2016’s Stranger Things

After a year of celebrity deaths, political upheavals, and what seemed to be a general feeling of malaise, most of us won’t shed a tear as we say sayonara to 2016.

But one thing’s for certain: it made for great headlines. Here’s a look back at some of the news we were all talking about this year – don’t worry, it’s not all bleak. The tough thing about trying to wrap up Situation Trump is that it never seems to hit bottom. Could it be launching his campaign with the promise of building a wall between the US and Mexico? Nope. Insulting war heroes, mocking disabled people, or calling for violence at his rallies? Not even close. Allowing the appearance of a former beauty queen to become a valid debate topic? Just getting started. You’d think – and many pundits wrote – that the guy really didn’t want to get elected. He just wanted the attention, and was looking to parley the whole campaign into his own TV network. Instead, he surprised the world (and possibly himself) on November 8 by being elected the 45th President of the United States. As of the time of writing, he’s turning his Cabinet appointment process into a reality show and has appointed a white nationalist media mogul as his chief strategist. And, of course, none of us can turn away as Donald J. Trump continues to plumb the depths. How could we? It’s the greatest show on earth.

By Alec Jordan, staunch supporter of the Calexit movement Us British always pride ourselves on a good sense of humor, and on the 23rd of June this year we proudly displayed it to the whole world by shooting ourselves in the foot by voting to leave the EU. Nobody really thought it could happen. New Zealand’s immigration website crashed shortly afterwards, such was the level of shock and desperation. The leave campaign was led by a who’s who of bumbling buffoons and angry racists from the British political classes. All the experts warned that it would be a terrible idea, but that didn’t stop 51 percent from voluntarily destroying their future economic growth. On the world stage we looked like a bunch of clueless idiots, but thankfully later in the year our American cousins took some of the pressure off with their own unique version of crazy.

By Liam Ramshaw, who wonders if tea is the only good thing left in Britain This July at the Tsukui Yamayuri-en Care Facility in Sagamihara City, Kanagawa Prefecture, 19 disabled residents were killed and 27 were injured in the most violent attack in the post-war period. The fact that this violent act was committed by a former employee of the facility, a person in whom the residents and their families had placed their trust, has cast a shadow of sadness, fear, and anger over our society. It’s especially tragic in light of the fact that, in April of this year, Japan had just instituted a law that was meant to bring an end to discrimination against disabled people; however, the worst homicide case based on discrimination and prejudice occurred right after that. One of the oddest details to emerge? Murderer Satoshi Uematsu had previously tried to present a letter to politician Tadamori Oshima, calling for the euthanasia of disabled people and detailing the plans of his attack. Although there’s no way to judge whether the act could have been prevented, it’s imperative that we now arm ourselves with a determination, born from our sadness, to create a society in which all lives are valued. Two men fell off a cliff (California). A teenager got hit by a car (Pittsburgh). A truck driver ran over a woman (Tokushima). And yet, we are still playing it. Topping the charts as the highest ranked social media app, even surpassing Facebook and Instagram, Pokémon GO is undoubtedly one of 2016’s stranger things. While I’m no Pokémon fanatic, I have to admit that this new augmented reality game has brought gamers out from behind the screen and into the real world. How to identify them: they are lured in groups to Pokéstops. That, and you’ll see them in headline news: “Pokémon GO Accidents.” From collecting coins and catching Pokémons to walking to “hatch eggs” (don’t roll your eyes, I’m serious), Pokémon GO was arguably one of the most anticipated games of 2016. Whether that’s a good or a bad thing, we’re not too sure ourselves.

By Mandy Lynn, who arrived here from Singapore as Pokémon GO launched; is now dating a Pokémon GO illustrator Granted this headline is not so much strange as it is surprising, but it got us talking thanks to Japan’s biggest-ever medal haul (41 in total). In the buildup to the Rio Olympics I had the chance to speak with a number of Japanese athletes who all backed up their words by going on to win medals. The most pleasing result was probably Hiromi Miyake’s bronze in the weightlifting. She’s one of the most courteous and humble people you could hope to meet and fought back from injury to bring home her second consecutive Olympic medal. Swimmer Natsumi Hoshi’s third-place finish in the 200m butterfly – despite suffering from Graves’ Disease – was also great to see. Judoka Ami Kondo was not so happy with her bronze, though at 21 she still has time on her side. But my biggest Olympic interview was undoubtedly with gymnast Kohei Uchimura. It’s the second time he has spoken to Weekender, and on both occasions he’s underlined how much more a team victory would mean to him than an individual one. Thankfully he got his wish this year, while also picking up a second gold in the AA event. He’s a true legend; I just hope he’ll still be performing in four years’ time.

By Matthew Hernon, who interviewed several Japanese athletes before the games 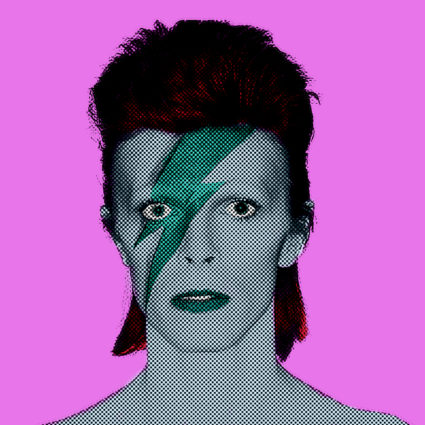 Five of the many icons we lost in 2016, and how to remember them

69, died from liver cancer in January

Remember him by…
Listening to his 25th album, Blackstar, released on his birthday, just a few days before he died. It’s also worth buying the vinyl version and discovering all the hidden surprises in the album artwork – for example, when you expose the sleeve to sunlight, it unveils a galaxy of stars.

69, died from pancreatic cancer in January

Remember him by…
Watching Alice Through the Looking Glass, released in May 2016 and featuring Rickman in his final role as the voice of Absolem, the caterpillar.

57, died from fentanyl overdose in April

Remember him by…
Listening to his final album, Hit n Run Phase Two, released in December 2015. Although it’s had mixed reviews, it is essentially Prince’s last testament.

74, died in June after a 35-year battle with Parkinson’s disease

Remember him by…
Buying the photo book GOAT (stands for Greatest of All Time). Originally a limited collector’s edition, this tribute to Ali has been re-released in a smaller size, but still contains thousands of images, art, and memorabilia, as well as five decades’ worth of interviews.

82, died in November, “during his sleep following a fall in the middle of the night,” according to his manager Robert Kory

Remember him by…
Buying his 14th album, You Want It Darker, released in October, the same month in which he told the New Yorker: “I am ready to die. I hope it’s not too uncomfortable. That’s about it for me.”