Seisen International School students celebrate a sense of connection on campus and in their communities, both global and local.

For most of Seisen International School’s history, the campus community would recognize their school Saint’s Day with a mass and a concert. But as Colette Rogers, Head of School at Seisen explains, over time, people didn’t see this as the best way to honor St. Raphaela, the founder of the Order of the Handmaids of the Sacred Heart of Jesus. Members of the Order first arrived in Japan in 1934, and they started the school that would eventually become Seisen in 1949. “It was through service that we got the school to begin with; it’s what we were founded on,” Rogers says.

With this in mind, a couple of teachers presented the Sisters with the idea of doing a Day of Service a few years before, and the first St. Raphaela Day of Service was held in 2014. Three years later, on a cool Friday, students were engaged in a variety of service projects: the youngest children were preparing lunch for school staff, while groups of students from the elementary, junior high, and high school were doing everything from painting murals around the school and giving musical performances at neighboring senior homes to making origami cranes for local hospitals and getting involved with cleanup efforts on and off campus. Even within three years, there have already been changes in the way that the day runs. Students have always had the freedom to choose their projects for the day, but Rogers says that now, more and more ideas are coming from the students rather than their teachers. In particular, the 11th and 12th graders, who are focusing on social justice in their religion classes, do research on NPOs in Japan and overseas. As Rogers points out, this makes the culture of service on the campus both inclusive and engaging: “The girls are learning a love of service, they’re problem solving, they’re being creative thinkers, and they’re taking leadership in it as well.”

The smiles on the students’ faces that we saw were a clear sign that the idea of service wasn’t just something to be doing because they had to. And because many of the students were involved in projects that were taking place right on campus, the idea that service can be something that happens close to home is reinforced in a rewarding way: “We want the girls to understand that service isn’t on the outside, it’s also working within their communities and the school community, and the communities around them.” Who Was St. Raphaela?

Born in the Spanish town of Pedro Abad in 1850, Raphaela Mary Porras y Ayllón entered the novitiate of the Sisters of Mary Reparatrix, along with her sister Maria Dolores, when she was 25 years old. Only two years after joining the novitiate, Raphaela left it to found her own order, the Handmaids of the Sacred Heart of Jesus. After leading the group to great popularity in her native Spain, Raphaela moved to Rome in 1893, staying there until she passed away in 1925.

The order that she founded is known for providing support for poor communities around the world, and has founded several schools in several different countries. Raphaela herself was canonized by Pope Paul VI as Saint Raphaela Mary in 1977. 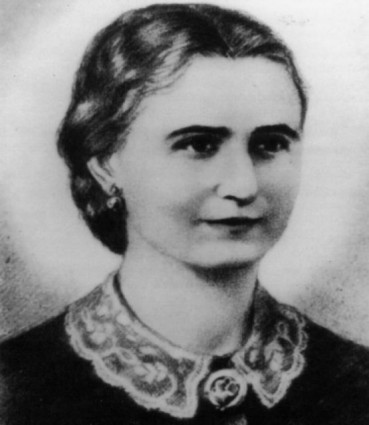