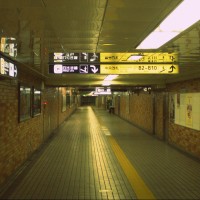 “Imagine what it would be like if all 800 thousand residents of Yamanashi vanished.”

Yamanashi is one of the most interesting and beautiful places in Japan. The prefecture is home to the Takeda Shingen Samurai Festival, dozens of wineries, and Mt. Fuji. Yamanashi has Ventforet Kofu, a Division 1 soccer team, and the Fuji-Q Highland amusement park which hosts the world’s steepest rollercoaster. Even if you’ve never been to Yamanashi, you’ve seen its massive peaches and grapes in the premium section of your supermarket’s fruit aisle.

Imagine what it would be like if all 800 thousand residents of Yamanashi vanished. Picture the empty universities, rotting vineyards, and rusting train stations. Imagine all the factories, high schools, farms, convenience stores, and streets lying silent and empty as every soul in the prefecture disappeared.

This nightmarish scenario may sound like something from the works of Junji Ito, but the most recent Japanese census showed it to be all too real. From 2010 to 2015, Japan’s population dropped by 947,000 people down to 127.1 million. The staggering decline in population illustrates, “an unprecedented drop for a society not ravaged by war or other deadly crisis,” according to the New York Times:

“These numbers are like losing an entire prefecture,” Shigeru Ishiba, a cabinet minister in charge of efforts to revitalize Japan’s especially depopulated rural areas, said at a news conference.

This lost prefecture exists throughout Japan in closed schools and shuttered shops, plenty of which can be found in places like Yamanashi. The causes are well known: Japan’s aging population, low rate of birth, and stringent immigration policies are cited as the cause of the losses, and there’s no end in sight.

As unambitious as Prime Minister Shinzo Abe’s plan to keep the population above 100 million may sound, experts predict the national population will actually fall to 87 million people by 2060, and 53 million by the end of the century.

A stagnant economy that’s made it more difficult for young people to start families has kept birth rates low, and nearly a 3rd of Japanese residents are over the age of 65. As for immigration, Japan rejected 99 percent of refugees in 2015, and stories of asylum seekers and immigrants dying in Japanese custody have made international headlines. All this, plus recent comments by Abe suggest aggressive change is not forthcoming:

While increased immigration wouldn’t solve Japan’s woes, the fact that the LDP is even afraid to use the word “immigration” is incomprehensible, especially if Japan’s elderly are expected to make up for gaps in the labor force, and women are expected to help with that while also increasing the birthrates. Instead of putting further burden on already neglected and under-served populations, the LDP must truly consider all options before Japan becomes filled with lost prefectures.