With its glamorous surroundings and luxury flagship stores, Ginza seems quite far removed from Japan’s agriculture and fishing industries. But a new dining venture in the heart of Tokyo’s most glittering district is assembling some of the best that the country puts on its table—sake, fresh seafood, and wagyu (Japanese beef). And what’s more, Neo Edo Kitchen is bringing these ingredients together in a unique restaurant setting.

The venue is far from typical. In what was previously a vacant lot sandwiched amongst three tall buildings, an open air courtyard and bar, indoor seated restaurant area and two curbside stalls have been built.

As you approach the space, before you even make it inside, the two street stalls flanking the entranceway provide a lively atmosphere, selling fresh sushi and boasting an impressive selection of sake respectively. For the easily distracted, you’d be forgiven for not making it any further. However, those who venture further are rewarded with more delicacies inside. 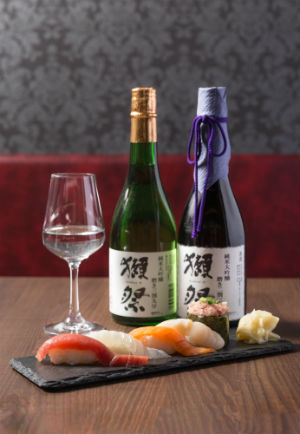 The main concept behind the restaurant is providing a variety of different options, and so an evening at Neo Edo Kitchen can be easily customized according to personal preferences. The versatile space lends itself just as well to those looking for somewhere to unwind with a casual drink and a bite to eat after a busy work day as it does for an intimate five-course dinner with friends or colleagues.

Whichever approach you take, there is a common thread that is likely to play a primary part of your evening: the Neo Edo Kitchen’s trademark “triple threat”—high quality sushi, sake and Matsusaka beef—all meant to be consumed in equal (and very hearty) measure.

For those who might be unfamiliar with this particular variety, Matsusaka beef is considered to be one of the most famous kinds of beef in Japan, up there with the likes of Kobe and Omi beef. Known for their high fat-to-meat ratio, the cattle come from the Matsusaka region of Mie Prefecture, where they are raised under strict supervision and attention by their caretakers—a rearing process that includes a specialized diet that includes ground wheat, barley, soybean leaves and beer (to increase their appetites). They are also walked daily, massaged and treated to sunlight baths—a process designed to keep the animals relaxed, calm and happy, which in turn provides a more tender meat.

Of course, Ginza is not too distant from the famous fish market at Tsukiji, which is one of Japan’s best known locations for fresh seafood. Throughout the year, and alongside the throngs of tourists who come to see early morning fish auctions, the city’s freshest seasonal fish make their way through this hub and on to restaurants around the city, including Neo Edo Kitchen.

In addition to a wide variety of nihonshu, or sake, drawn from around the country, Neo Edo Kitchen also has an ample supply of sake from Dassai, a brewery based in Yamaguchi Prefecture. While the sake making process requires an immense amount of skill and dedication, the ingredients that go into nihonshu are limited to rice, water, yeast, and a special mold known as koji. Dassai begins its production process with a high quality sake-brewing rice called “Yamada Nishiki.” The rice is then milled to at least 50% (sometimes much less) of its natural size to expose the fermentable starches that lie beneath.The more the rice is milled away, the more fat and protein is removed. Sake made from rice that has had more or less of its outer layer milled away comes in a complex variation of flavors, each one offering a pairing with different dishes—from Western cuisine to more traditional Japanese fare.

This free-flowing space and atmosphere were exhibited at a recent function to celebrate the opening of the venue, with a range of international expats hailing from America, the UK, Ecuador, Namibia, Germany, Australia and Israel invited for a typical evening at the unique spot. The guests eased into proceedings with an apéritif of Dassai Brewery’s nigori (unfiltered) sparkling sake in the courtyard, while the outdoor heaters and soft lighting provided a convivial atmosphere before invitees made their way to the more formal restaurant area for dinner. First up on the menu was a tapas-style tasting plate filled with mozzarella cheese, Japanese-style pickles, prosciutto and a salmon and cream cheese tartare. Accompanied by a glass of “Dassai 39” sake (the “39” signifying that it has been made from rice milled to 39% of its original size), next in line was an interesting, but delectable, combination of poached conger eel with a rice and mushroom mousse and a balsamic vinegar sauce.
Then came a comprehensive selection of fresh sushi spanning a cross-section of offerings—some that you might not expect from traditional sushi purveyors. Flavors and consistencies ranged from the creamy nuttiness of sea urchin to the firm and fresh tai (snapper) and the richly flavorful medium-fatty tuna, or toro, accompanied by a pouring of sake. Up this time was “Dassai 23”—the brewery’s flagship product, which is known for its elegant, subtle and delicate flavors. Among the sushi offerings was also a rare find: Matsusaka beef, served on sushi rice. To give diners an introduction to the varied flavors of the meat, servings of marbled, fattier beef were served along with a small lean cut as well.

The small pieces of beef sushi were an excellent preview for the night’s pièce de résistance—a pair of grilled Matsusaka beef fillets, again both lean and marbled—served with a creamy pumpkin puree.

After dinner, guests were invited back into the courtyard, where, despite the bar being well-stocked with all the usual suspects, sake continued to be the star of the show. Featured during this portion of the evening were some rare fruit-infused options that incorporated both familiar and refreshingly new flavors. The yuzu and plum versions were particularly notable, each one delivering just the right amount of sweetness.

Neo Edo Kitchen may well be new to the Ginza scene, but it has a bright future ahead of it, thanks its understanding that diners want flexibility and choice, without compromising quality. In addition, being able to find one of Japan’s most renowned varieties of beef at a remarkably reasonable price is truly a rare find. A final word of warning though: this laissez-faire approach to dining means your quiet sake after work could easily turn into a full-blown feast without your even leaving the venue. Not that that’s a bad thing, of course.

To see what other people are saying, or to review the restaurant yourself, check out their Trip Advisor page. 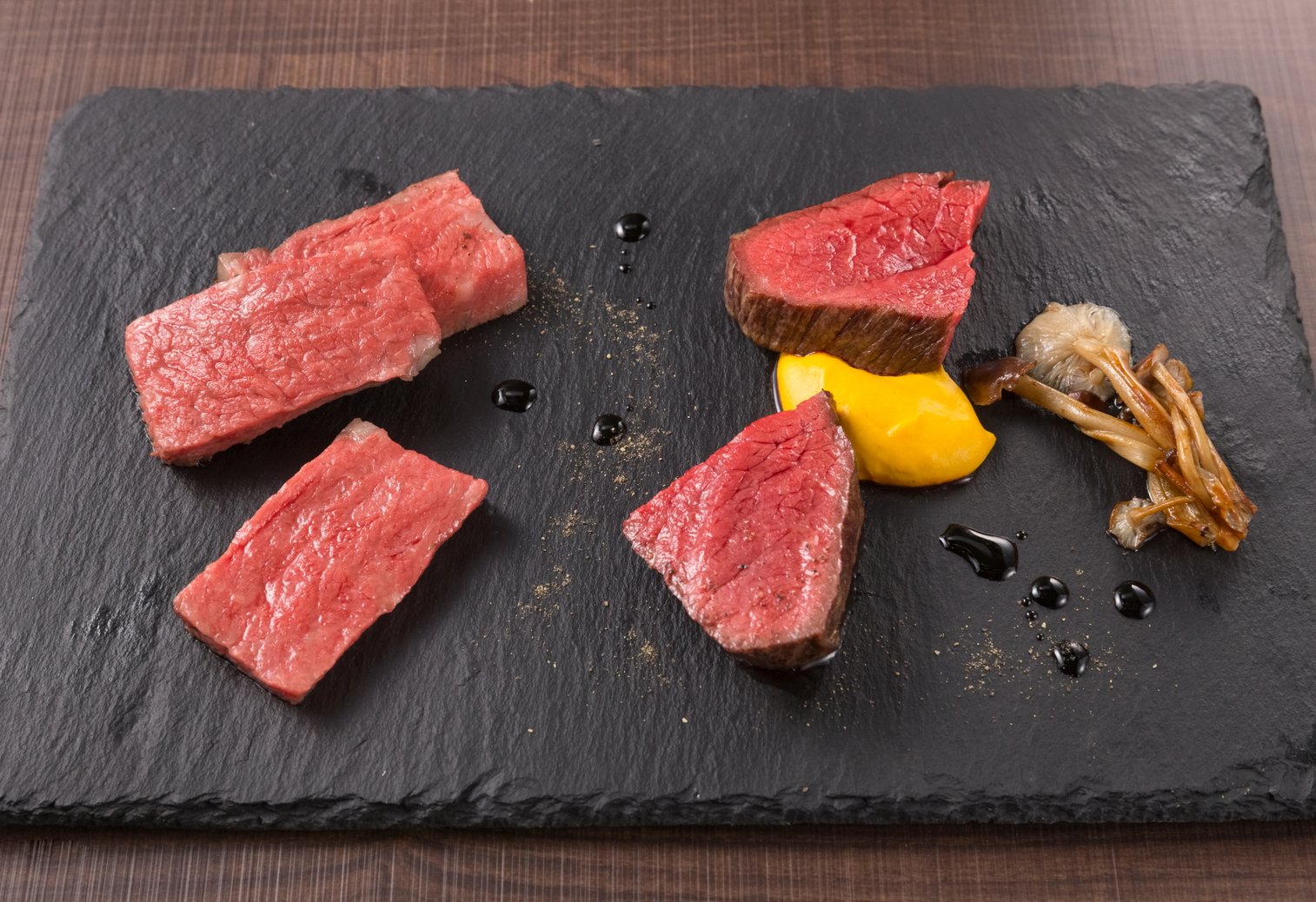