British School in Tokyo students had a chance this week to meet a children’s lit sensation.

Yesterday New York, Tokyo today and Beijing tomorrow … It’s a punishing schedule and by the time that Jeff Kinney has finished his global tour to launch “Old School,” the tenth in the enormously popular “Wimpy Kid” series, he will have visited 15 countries in 33 days. How lucky we were then to lure him to the British School in Tokyo to meet an appreciative and excited army of Greg Heffley fans.

I am always just a little wary of introducing children to their heroes. If it goes well it’s an inspirational, unforgettable experience – but heroes can quickly disappoint when reality doesn’t quite live up to expectation. In this case any concern was soon dispelled. Jeff had his young audience captivated from the outset, and the enthusiastic Q & A session that followed his talk could have put paid to the prospect of the tour moving on to Beijing any time soon if no one had stepped in to call an end to proceedings.

In the course of a highly entertaining and informative hour we heard about Mr Kinney’s own heroes – such as Charles M. Schulz of Snoopy fame – and the determination and resilience (and luck) it takes to turn a dream into reality. We were given a privileged insight into the working life of a successful writer – in this case almost a literal peek beneath the blanket. And we learned that, not only has “The Diary of Wimpy Kid” been translated into German, Spanish, Japanese and many other languages – there is even a version in Latin endorsed by the Pope!

There is no doubt that the Wimpy Kid phenomenon is big business these days. The first nine books in the series have sold well over 150 million copies and, of course, there have been three films and a whole host of spin-offs. Mr. Kinney has met no fewer than three U.S. Presidents. But today none of that mattered. Today [Wednesday, November 4] the Greg Heffley fans at BST met a humble, engaging and thoroughly likeable man who shared a fascinating story with them. I wouldn’t be at all surprised if his talk turns out to be the inspiration for the publishing sensation of 2035!

Thank you to Mr. Kinney for his inspiring visit – and to Mr. Crummie for making it all happen!

–Brian Christian, Principal of the British School in Tokyo The Wimpy Kid Comes to Tokyo3 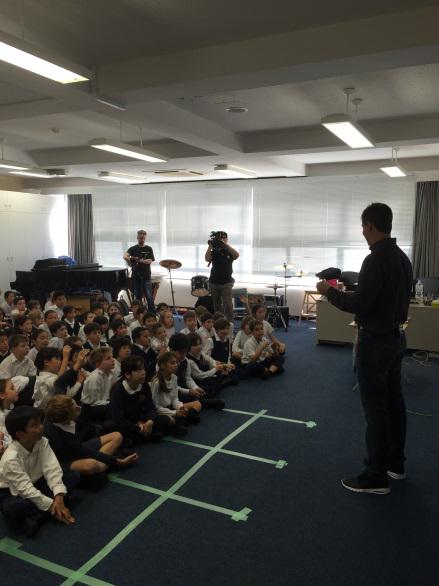 The Wimpy Kid Comes to Tokyo4 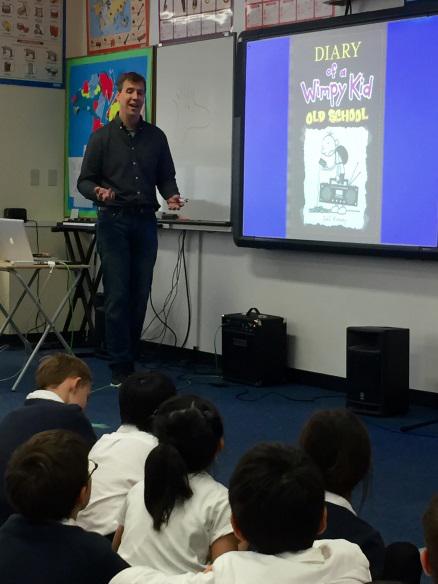 The Wimpy Kid Comes to Tokyo5 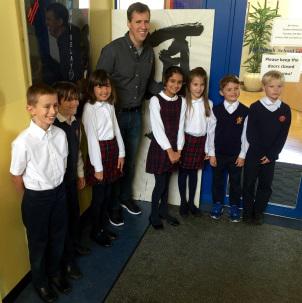 The Wimpy Kid Comes to Tokyo2