Make the summer vibes linger just a little longer by spending as much time outdoors – as the rain allows – and hitting some festivals. There’s lots going on at Yoyogi Park on Saturday and Sunday, between a Southeast Asian-themed festival (think of all the food!) and an antique market. You can kick off the weekend with a bottle of bubbly (from a vending machine, no less) and a movie screening at Tokyo Midtown on Friday night, or opt for the horror film festival if you’re in for some chills. Take your pick: Last chance to give yourself the chills this hot summer by being scared witless down at this horror movie festival. There’s plenty on offer including sci-fi chiller “Almost Human,” and horror anthologies “Mexico Barbaro” and “The ABCs of Death 2,” while Clive Barker’s terrifying Cenobites (Pinhead and the gang) are back for screenings of the unforgettable “Hellraiser” series. Thinking of going back to school? Open House Sessions are the ideal way to find out about McGill’s EQUIS Accredited Weekend MBA program in Japan and how it could work best for you. The McGill MBA Japan program is ideal for busy people as it allows you to continue working while earning the qualification. Ele Tokyo celebrates one year on the city’s club scene by bringing in vocalist and songwriter Matthew Koma to perform. Blurring the boundaries between pop, punk and the latest dance craze EDM, Koma has worked with and produced records for Hardwell, Tiesto, Afrojack and scored a major hit collaborating with Zedd on the song “Spectrum.” Thirteen of the finest musicians and performers from the sizable group are making the trip this time around, mixing rock, pop, hip hop and soul with the samba sound. Monobloco, who have played with Blue Man Group and at the London Olympics, usually have special local guests at their shows, so expect some surprises. Urameshiya – The Art of the Ghost

Zenshoan Temple, located not too far away from Ueno Park where this exhibition takes place, is noted for its collection of 19th century scrolls depicting the ghosts, ghouls and supernatural stories of old Japan. Step into the University Art Museum if you dare and experience the scrolls in all their ghastly glory along with a host of other spooky works from masters to modern talents. Expect the usual booths of handicrafts, delicious fare and a string of music performances, but from a variety of different countries this time. The nations that are part of the Association of Southeast Asian Nations are gathering to offer you a taste of their respective cultures, so make sure you go there on an empty stomach to sample all the delicious dishes offered. Take a stroll through Yoyogi Park and scour through some vintage treasures, including handicrafts, art, and Edo-period pieces. A great place to pick up some unique items to put some finishing touches in your decor. 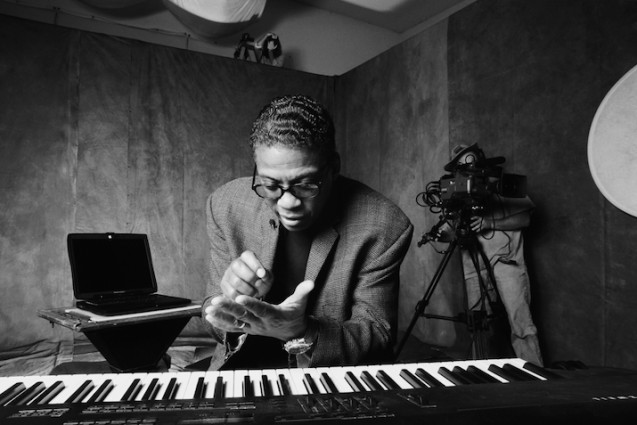 With options running between free open-air concerts, crooners, big bands, quartets and soloists, everyone can find their beat at Tokyo Jazz Festival 2014. Some of the musicians on tap include Herbie Hancock, Wayne Shorter, Lee Ritenour and Pharaoh Sanders. A range of intimate venues, concert halls and an open-air plaza will play host to this eclectic lineup of must-see artists. Class things up a bit with some champagne… from a vending machine. That’s right: Moët & Chandon has installed a dispenser of mini bottles outside Tokyo Midtown for a full month, starting this weekend. While you sip on your bubbly, you can watch movies on some select nights, starting with “Sex and the City 2” on Friday September 4.