According to an article in The Wall Street Journal, Bank of Tokyo Mitsubishi UFJ began testing the robot out at its head offices in Tokyo, where it will be providing basic customer service information. Nao stands 57.3 centimeters (just shy of two feet) tall and is capable of monitoring emotional reactions—a trait which, depending on the customer service representatives you may have encountered at your bank recently, could be quite an upgrade. The robot also speaks English and Chinese.

Mizuho, one of the country’s other major banks, will also be rolling out their own robot employees during the summer, opting for Nao’s larger sibling, Pepper. Both robots are produced by the French robotics firm Aldebaran, which is owned by Japanese communications giant SoftBank.

You can see a few more pics of the pint-sized ‘bot below, as it tests out some of its customer service scenarios. 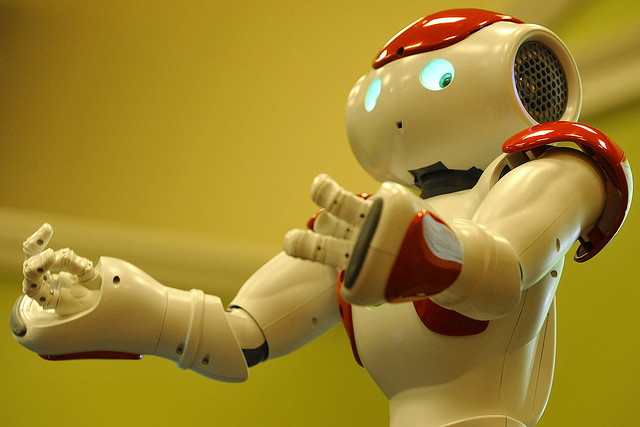