A radiant actress with a killer smile, Naoko Watanabe is a charming young lady who has what it takes to go far in the entertainment industry. Born in Kanagawa in 1984, she got her first big break in Silk, François Girard’s film about a French silkworm smuggler, starring Keira Knightley. A small role, she was required to take off her clothes for a scene with Hollywood star Michael Pitt. Unsurprisingly apprehensive at first, the 30-year-old informs us that those fears soon evaporated once filming started.

“As I was putting my robe on in the make-up room my mind did start to go a little hazy,” Watanabe tells us. “Like most people I get shy and embarrassed if I’m naked in front of strangers, but when the cameras start rolling, I don’t know, it’s somehow different. You are so focused on what you’ve got to do, you almost forget that you are standing there without clothes.

“Michael [Pitt] was also great: a proper gentleman. He knew it was my first time so during rehearsals he was constantly speaking to me, giving me lots of advice. He was really tender and I think that comes across in the scene, it was very beautiful. I think when you see a sex scene in a Japanese movie it seems like there is a real awkwardness to it. In Western films, however, it looks much more natural and I think that was the case in Silk.” 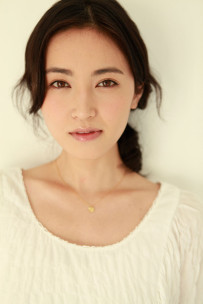 Watanabe had actually auditioned for a different part in the movie, but after a short conversation with the director she decided to take the role he suggested. The opportunity to appear in a Hollywood movie was just too good an offer to turn down. She had previously been in two Japanese films; Shion Sono’s horror film Noriko no Shokutaku and Tatsuya Egawa’s comedy Tokyo Daigaku Monogatari, though it was that brief scene in Silk in 2007 that really got her noticed.

Work soon came flooding in: she appeared in numerous TV dramas and films over the next few years, including Takeshi Kitano’s crime blockbuster Outrage. Shortly after that she won her first starring role in the movie Nude, a story based on AV idol Mihiro’s autobiographical novel about how she moved from Niigata to Tokyo in order to pursue her dream of becoming an actress and ended up in the adult film industry.

“Prior to filming I rented some of her DVDs,” Watanabe says. “I remember going in to the adult section of the video store wearing sunglasses and a hat. I thought I would feel really embarrassed being in there, but in fact it was the guys who seemed a lot more flustered, like they had never seen a girl in that part of the shop before. It was quite funny.

“I also read Mihiro’s book, of course. It gave me the impression that she was a really strong character, very set in her ways. After meeting her, though, I realized she had many sides to her personality. On the outside she looks very tough and is unquestionably resilient; yet, at the same time she has this inner softness and can be quite insecure in certain situations.”

Watanabe admits that she found the part difficult at first, but soon grew into it and in the end was widely praised for her sensitive portrayal of Hiromi—the character based on Mihiro. Since then she has tried to tackle a variety of film genres, from Junji Sakamoto’s dark mystery Yukizuri no Machi to Go Ohara’s action thriller Assassin.

Her most recent lead role came in Eiji Uchida’s horror-comedy Dead Banging—also known as Metalca—in which she plays Kanna, a heavy metal vocalist crippled by stage fright who recruits a zombie to sing in the band with her. Completely off the wall, it’s a world away from the kind of movies she has been associated with in the past.

Watanabe is constantly looking for new roles that challenge her, and believes that this has helped her acting ability improve greatly over the past few years. After her appearance in Silk, she was inundated with offers to appear naked in various movies. These days, filmmakers are focusing on her performances as an actress rather than just her body. For more information on Naoko Watanabe please check her profile on
www.nest-web.jp/watanabe