If you want to show your fervor for your team on Twitter, the social media company is letting you do it in full color.

A picture may be worth a thousand words, but type in a hashtag and a three-letter country code and you can get an image of the flag of one of the nations playing in the World Cup. One note, though: you can only see the flags on Twitter: they won’t show up on websites or some applications.

This isn’t the first time that Twitter has let the hashflags fly, though: they made an appearance during World Cup 2010.

Here’s an image that shows all of the countries’ flags and their country codes. Do you plan on tweeting your colors? 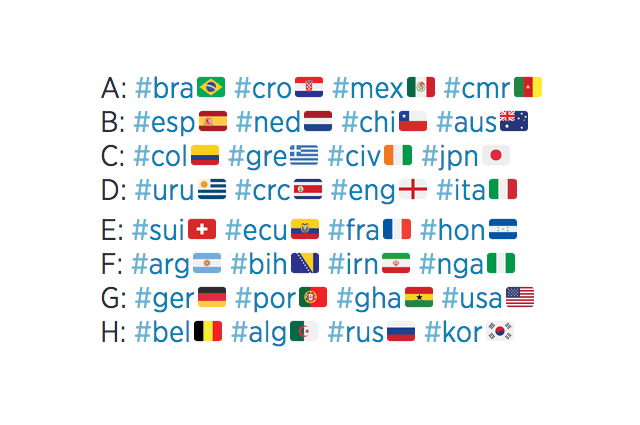