A Day of Service at Seisen International School

Students at one of Tokyo’s top international schools experience the joys of giving back to the communities around them.

Arriving on campus of Seisen International School mid-morning on May 16, you could feel the excitement in the air. Students were running around the halls, discussing their plans for the day. A group of middle-schoolers were working with a PE teacher to assemble new basketball hoops for the recreation area. The school felt like it was getting ready for a festival or party: it wasn’t the kind of atmosphere that you’d expect to find on a day dedicated to community service.

The date has always been an important one for Seisen, as it is the saint’s day of St. Raphaela, co-founder of Handmaids of the Sacred Heart of Jesus (the school was founded by the Handmaids organization in 1949). Every year, students and staff have gathered to honor St. Raphaela with services and various ceremonies, but this year, Seisen decided to celebrate Raphaela’s memory with a Day of Service.

Students at all levels are involved with community service projects throughout the year, but the recent decision to honor St. Raphaela in this way seemed fitting, as Sister Margaret Scott, head of Seisen International School explained: “In the past, we’ve always had a Mass, where we would hear the story of Raphaela: She came from a wealthy family near the city of Córdoba [in Spain], and was raised in luxury. But in her teens, she said to herself, ‘I have been served long enough: the time has come to serve.’ And we realized that the real way to celebrate Raphaela is for students to go and do what she did.”

High school and middle school students participated in 14 different activities for the day: groups went to parks by Tamagawa and Futako-Tamagawa to help local communities with beautification projects, visited several local nursing homes to give musical performances for residents, volunteered at a local soup kitchen, painted murals, and cleaned up around the campus. As the plans developed for the day of service, Seisen staff realized that they didn’t want to simply assign students to tasks. Sister Margaret pointed out that the best way for the kids to take an active role in their projects during the day was to let them choose the way in which they wanted to serve: “for the students, we want the service to really come from the heart. So even if a student is in the choir most of the time, if they want to spend their day of service cleaning up along the river, that’s fine! We were trying to encourage that choice, and give them the motivation for choosing to do what they want.”

Even the youngest children played a part in the day of service: the primary school students performed song and dance routines to perform at nearby nursing homes, and the kindergarten students prepared lunches—with some assistance from some of the upper school students—for the custodial staff and guards on campus.

Although the Handmaids order was founded in 1877, the day in St. Raphaela’s honor was a high-tech affair. The school set up a Google+ page for the event, and found themselves linked up with many other Handmaid schools and organizations throughout the world. These new connections gave advice and encouragement on the runup to St. Raphaela’s Day. Along with the volunteer groups, 10 students took responsibility to record the service day with iPads and cameras. By the end of the afternoon, the students were able to see a video of the day’s activities, and share it with their new social networks.

It was plain to see that this was just the beginning for this newest tradition at Seisen International School, and we’re looking forward to seeing how they continue to inspire its students to find joy in taking an active role in their communities. cleaning up on campus cleaning up on campus 2 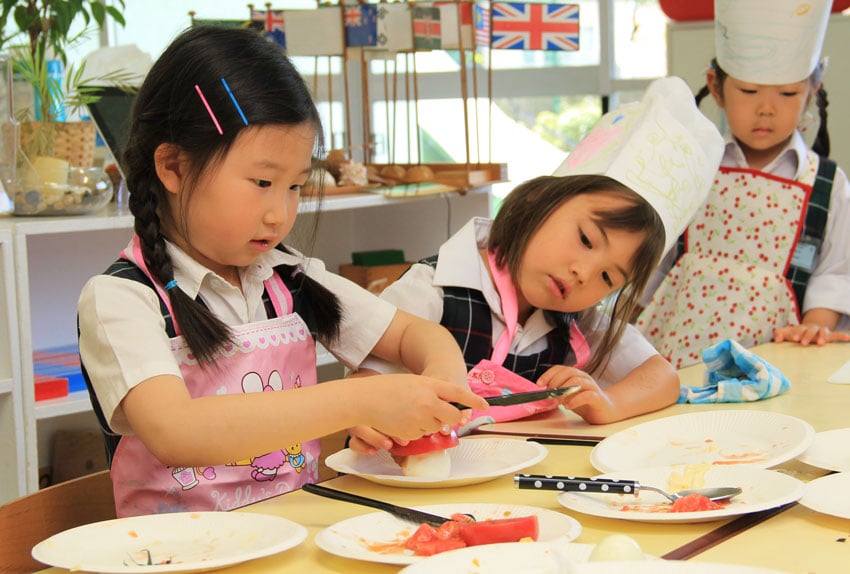 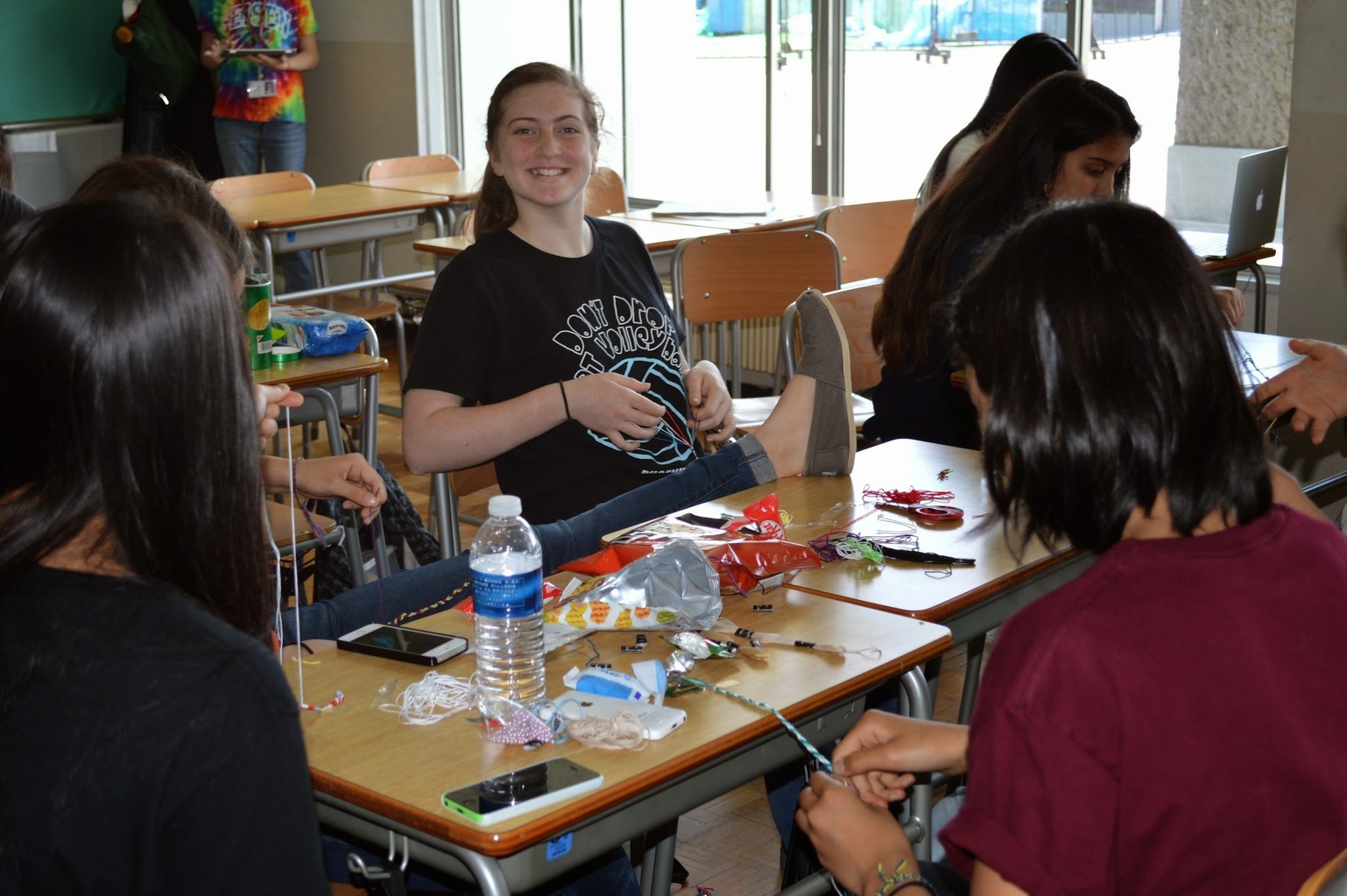