Arts
TOPFestival/Tokyo is back again for a sixth season
Arts

Festival/Tokyo is back again for a sixth season

Centered around the Ikebukuro area and celebrating performing arts, ‘Festival/Tokyo’ is back this autumn for its sixth edition.

Held annually as an international arts festival representing not only Tokyo and Japan but also the whole of Asia, Festival/Tokyo is renowned for its cutting-edge lineup of domestic and overseas artists, and its program of interactive and participatory events.

For this year’s Festival/Tokyo, the theme is “travels in narratives.” For the past two years, the themes have been closely tied to the events of March 2011 and their aftermath. Following this, it appears that many artists in Japan began to shift their exploration from realism to the search for fiction, and this year’s theme will consider again the power of fiction in theatre.

This year there are some new kinds of events and projects, on top of the usual plethora of performances from Japan and overseas. These include the return of the flash mobs, plus a special public art installation inside the Tokyo Metropolitan Theatre inspired by images of the cows from the Fukushima exclusion zone. The newly established F/T Open Program sets out to open up the festival, and will intensively develop projects for a greater variety of people to enjoy and participate in the festival.

If you want to attend but you’re worried about the language barrier, fear not: there are plenty of performances with subtitles. There are also many productions performed in other languages such as German or Korean, or others, thanks to their simplicity or directness, that can easily be understood no matter what your Japanese level is. Click here for a detailed listing of plays with subtitles and performances suitable for international audiences.

Kyoto artist Noboru Tsubaki will create a giant balloon installation floating inside the atrium of the Tokyo Metropolitan Theatre. The sizable, eye-catching piece of art responds to the Fukishima-inspired text Epilog? by Nobel Prize-winner Elfriede Jelinek, and combines aspects of Greek Tragedy.

Utilizing both pre-trained “dancers” and spontaneous participation from passers-by, this was a word-of-mouth hit last year and promises to repeat its success on an even bigger scale. This year, participants will transform F/Tʼs home turf of Ikebukuro with many flash mob happenings on the weekends; all you need do is memorize the choreography that is released online—keep an eye on the website, here—beforehand, and then gather at the location. Of course, passers-by may also find themselves joining in!

When: Every weekend between November 9–December 8

Directed by Akira Takayama, this unique and participatory radio show will trace the lives of Asian exchange students in the city, while exploring ideas of travel and translation. Participants will receive a guide book and mobile radio with which they will visit a range of public spaces, such as restaurants and parks. At each destination they will hear about the people who used to live at the place, forming a new story of the city, and of the country.

Where: Various places around Tokyo

This one is all about giving a human face to statistics:  in other words, this is your chance to see the 9,055,257 population of Tokyo’s 23 city wards represented on stage by 100 people. Each individual on stage represents roughly 90.553 Tokyoites, all according to specific criteria of age, gender and district mirroring the demographic make-up of this mammoth metropolis. Produced by Rimini Protokoll, and performed in Japanese. 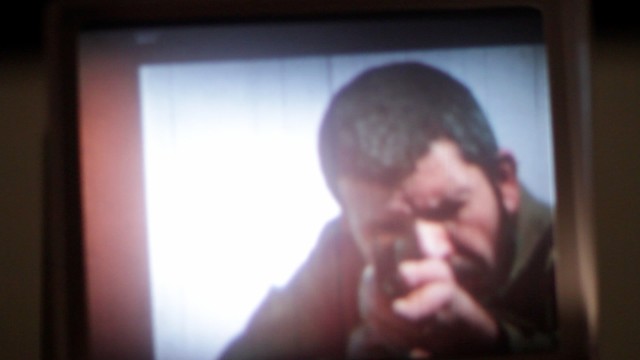 As part of the series of performances by Middle Eastern artist Rabih Mroué, this one will take a look at some current events, analyzing video footage posted to YouTube of snipers in the Syrian Civil War. The so-called “double shooting” videos uploaded to YouTube apparently show the victims of snipers in the Syrian Civil War filming the very moment of their own deaths on their phones. Mroué investigates the relationship between photographic documentation and death. In English, with Japanese subtitles.

Many thanks to Festival/Tokyo for allowing us to use images.