It’s a great month for film, too, as the studios roll out their biggest attractions in time for the summer holidays. There should be something for everybody with the arrival of two of the most exciting releases of the year, Prometheus and The Avengers, a host of action movies, dramas and a little something to distract the kids.

Taking box offices by storm overseas to become the third highest grossing film of all time, is Marvel’s The Avengers (out on Aug 14). Bringing together a superstar cast of the earth’s mightiest heroes, including Iron-man (Robert Downey Jr.), Thor (Chris Hemsworth), Captain America (Chris Evans) and The Hulk (Mark Ruffalo), this is a huge summer-smash. The plot involves an extremely powerful device, the ‘Tesseract’, which is stolen by Thor’s evil step-brother Loki (Tom Hiddleston) and used to open a portal in the universe, through which a malevolent alien army can come and take over the earth.

To counter this threat, a plan is made to bring together a team of super human individuals who must overcome their individual differences and learn to work as a team to defeat the alien menace.

With the characters having already been introduced in their own individual films, the action starts immediately and doesn’t let up during the two-hour-plus run time. The action is big, bold and ambitious, the comedy hits its target and the director, Joss Whedon, does a great job of giving all the characters adequate screen time while keeping the plot coherent and fast paced. This is fun summer entertainment for children and adults alike. 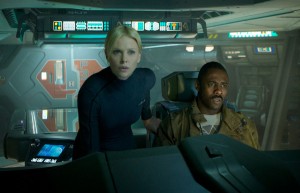 Director Ridley Scott’s return to the universe of the film which made his name, 1979 sci-fi epic, Alien, has been highly anticipated by fans of the chest-bursting ‘xenomorph’ ever since it was announced.

Prometheus (Aug 24) is not a prequel as such, but is stated as taking place before the events of the earlier film; it sets out to answer some old questions while creating new ones.

Although plot details have been closely guarded, the story involves a mission to seek out a planet that may explain the origins of man and, indeed, the meaning of life.

But, as might be expected, upon landing on the planet things go terribly wrong. Scott has assembled an excellent cast including relative newcomer Noomi Rapace, in the Ripley role, Michael Fassbender as an android, David.

Charlize Theron plays Meredith Vickers and Idris Elba is Janek, the captain of Prometheus (both pictured above, left). Although very different from the original series of Alien films, this will still be a must-see for fans and anyone who wants to see a more intelligent, adult blockbuster this summer.

Total Recall (Aug 10) is also heavily anticipated, though perhaps not for the right reasons. A remake of the 1990s film of the same name, based on the novel by celebrated science fiction writer, Philip K. Dick. The original starred Arnold Schwarzenegger – in one of his better roles – and was a hugely enjoyable, very violent interpretation of the source material. At a time when many people are growing tired of Hollywood remaking films instead of offering something new, this film will have to go all out to win over the detractors. 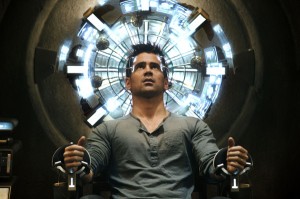 Starring Colin Farrell (left) as Douglas Quaid, a happily married but slightly bored factory worker, who decides to take a vacation with ‘Rekall,’ a memory implantation process advertised as a lifestyle experience.

Fake memories of a life as a spy are to be implanted into Quaid’s head, but this doesn’t go to plan. When men turn up and attempt to kill him, he is forced onto the run as he tries to figure out who he really is.

The film also stars Kate Beckinsale (as Lori, the ‘Sharon Stone role’) and Jessica Biel, who plays Melina. The director is Len Wiseman, writer and sometimes director of the Underworld series of films.

Thriller The Grey (Aug 18) stars Liam Neeson as huntsman, John Ottoway, who works in Alaska protecting an unruly team of oil workers, sent to the ice lands to drill, from the wolves who stalk the wilderness.

The tables are turned when the plane carrying the workers home crashes, and the stranded men must fight for survival against time, the elements and the prowling wolves who now hunt the men.

Directed by Joe Carnahan, whose action credentials include last years The A-Team, in which Neeson also starred, the film has been well received for both its tense survivalist action and for its deeper, philosophical aspects. Neeson does battle, too, with his inner demons as he tries to come to terms with suicidal thoughts and focus on team survival. 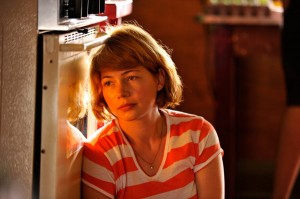 Taking a break from the action is this comedy-drama Take this Waltz (Aug 11) which stars Michelle Williams (left).

Williams plays Margot, a young writer who has been married to Lou (Seth Rogen) for five years. After a chance meeting with another man, Dan (Luke Kirby), who it turns out lives across the street from them, a relationship develops and Margot struggles to come to terms with her feelings for her husband and domestic life.

The film has been well received and director Sarah Polley praised for the way in which she delicately portrays the emotions of the principle characters.

Finally, if you have children to keep entertained this summer and they’re too young for The Avengers, Madagascar 3 (Aug 1) is the latest installment of the successful animated series.

Alex the lion (voiced by Ben Stiller), Marty the zebra (Chris Rock), Gloria the hippo (Jada Pinkett-Smith) and Melman the giraffe (David Schwimmer) all return. This time, in trying to get back ‘home’ to New York, they end up traveling across Europe with a Circus. Continuing the mix of colourful action – with sight-gags for the children and in-jokes and clever references for the parents – this series actually seems to improve with each outing.

Keep an eye out for our latest magazine, with an improved Movie page which includes DVD releases, cinema and IMAX listings as well as some exclusive content.