Approaching the end of the month is a good time to look back at the headlines that have been making us take notice, chat around the water cooler and collect share and tweet our thoughts. For an Asia-Pacific persective, we leave a lot of the hard work searching for what’s important and what’s interesting to our affiliate site, Asia Daily Wire.

If we take a snapshot of the last couple of days of stories you will see that we reported on protests over the beating of a Japanese journalist in China that was blamed on police, Indonesian plans to electrocute ticketless “roof riders” with lower cables, Vietnamese laws that could legalize same-sex marriage, and what happened when lightning struck a Malaysian oil tanker as it was refilling.

We are also following developments in the diplomatic and land disputes involving Japan, China and other Asian nations over various island chains in the South China Sea and the Senkaku Islands, which Tokyo’s mayor said he wanted to buy.

The site also aggregates from many sources across Asia and is constantly developing better ways to show you the news that you want to see.

Here is a selection of the most clicked on stories from the month of July – to read more detailed summaries written by our staff, click on the titles. 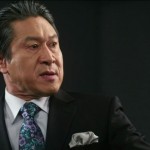 Japanese to get lower summer bonuses

Summer bonuses for workers in Japan are going down this year, for the first time in three years. The Nikkei surveyed a total of 3,749 listed companies and major unlisted firms. Final results, from 618 companies, indicated that summer bonus payments are down 3.25% on last year, at an average of 711,812 yen (about US$9,000).

On their flight to London, Nadeshiko Japan, the women’s football world champions, turned right when boarding and headed for the relative normality of Premium Economy, while the U-23 mens side took Business Class. The reason? The men are looked after by the Japan FA while the women are left to the more austere budget of their Olympic association. 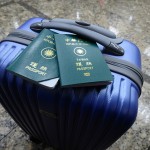 The Japan Immigration Bureau has begun issuing new ID cards with “Taiwanese” as a nationality. The Japanese government recognizes Taiwanese passports as valid but this will not affect Japan’s diplomatic stance on Taiwan, which it considers part of China. The UN does not recognize Taiwan as a country.

Singapore will amend its strict drug laws, which often hand out capital punishment to traffickers, in a sudden shift of the city-state’s policies. Legal experts are calling the move a “milestone” in Singapore’s legal history. The new law would apply to low-level couriers. Drug distributors and syndicate leaders still face hanging. 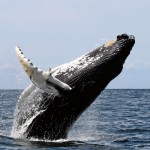 South Korea has announced that it plans to restart its whaling operation, on hold since 1986, a move that has caused uproar among governments and environmentalist groups. South Korea said that it would pursue “scientific research” in the 64th annual meeting of the International Whaling Commission, held in Panama City.

North Korea’s top military figure was relieved of his post due, according to state media, to illness. After Kim Jong Il died, General Ri was seen as a figure of continuity but Kim Jong Un, who himself took on the role, is making his presence felt. Reports also suggest about two-thirds of North Korea’s population is facing chronic food shortages.

Notice one major Asian player missing from that list? It was a month of bad PR for China, here are some stories here which they might not want to remember…

Chinese nationalist commentators have boldly urged Beijing to contest Japan’s control over Okinawa, in a move to take a swipe at the country’s claim on the disputed Senkaku islands.

Japan has summoned Uichiro Niwa, its ambassador to China, back to Tokyo as tensions in the East China Sea escalate. Niwa predicts an “extremely grave crisis.”

Hong Kong citizens’ wariness of Beijing’s influence on the island has intensified as a “patriotic” book, entitled “The China Model”, was distributed to schools across Hong Kong.

The government plans to intensify fiscal spending and cut interest rates in an attempt to keep unemployment under control, as the Financial Times reports it struggling.

A Chinese bishop, caught between China and the Vatican in their dispute over authority to ordain priests, was missing after quitting the state-run Catholic body.

The whole of China, reports the WSJ, debated after Qingdao spent 1.5m yuan ($236,000) on free toilet paper for 24 public spots, only to double it in under a month due to misuse.

The streets of Hong Kong were filled with protesters showing their distrust and anger against Beijing and the local government, on the 15th anniversary reversion to Chinese rule.