Walking Off The Beaten Path

Paul Christie, a Japanophile and graduate of London’s School of Oriental and African Studies, has had a varied career in Japan. He has worked as an analyst for the Nihon Keizai Shimbun, “the Nikkei”, Japan’s principal financial newspaper; as managing director of the Japanese subsidiary of a major British company; and as a freelance director and producer for Japanese television. 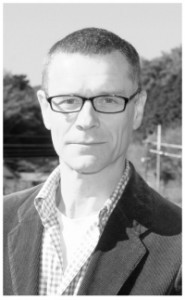 A yearning for the rural life led him to a quiet village on the Kunisaki peninsula, Oita, Kyushu, where he discovered an unusual tour company called “Walk Japan”. In 1998 Paul began leading tours, and in 2004 he was made CEO and managing director of the company which has increased in size year on year.

“Walk Japan has grown to be what it is today, a recognized provider of acclaimed walking tours in Japan, because of our customers,” Christie (pictured, left) tells Weekender. “With their help over the years we have perfected our tours and, in return we have been able to consistently provide tours of high caliber and pleasure. Almost everyone who travels with Walk Japan rates their overall enjoyment as very good or excellent. ‘It was more than I thought it would be’ is not an uncommon comment from our customers.”

Since its beginnings the company has taken many people from North America, Europe, Asia and Australasia to beautiful and interesting areas of Japan that would otherwise be difficult to access and fully appreciate. Avoiding tourist buses, which are typical of many tours in Japan, Walk Japan’s tours bring people up close to this fascinating country by mixing in with its people and their way of life.

Currently, the company has ten regular scheduled tours and is planning more for the future. Each year the Company also creates many different custom tours tailored to its customers’ particular requirements.

All the tour leaders at Walk Japan speak Japanese and have an intimate knowledge of Japan and its people. “Our staff are also rated highly by our customers and travel writers for their enthusiasm,friendliness, knowledge of Japan and professionalism,” says Christie.

The founders of Walk Japan, Tom Stanley and Llewelyn Thomas, also make as much time as possible to lead tours, along with Riwa Komatsubara, the first Japanese tour guide, and several other enthusiastic expat guides.

“All the Walk Japan staff have had long careers in Japan and we all feel a great affinity and commitment to the country and its people,” Christie says. “An expression of this is to always use local businesses; over 20 years we have provided a stable source of income to many family owned restaurants and accommodation in Japan’s rural areas.”

That is an achievement Christie and the rest of the Walk Japan staff can be proud of. In some more remote areas, Walk Japan has become the main client for some ryokan (Japanese inns).

“In at least one instance, because of our sustained custom over twenty years, an historic inn and the only accommodation left in the immediate area has been able to remain in business. Although we remain this ryokan‘s largest customer, it is now a thriving business again attracting many others and acting as a social focus for the villagers.” The world’s media have also found out about Walk Japan. Tours have been featured in many publications, including The New York Times, The Australian, The Observer, and Toronto Sun newspapers; British Airways’ High Life, Business Week, Time Asia and Cathay Pacific Airways’ Discovery magazines; and the best selling books Sacred Places of a Lifetime, The Rough Guide to Ultimate Adventures, 1,000 Places to See Before You Die and Walking the World’s Most Exceptional Trails.

If you want to explore the ‘real’ Japan, outside of the familiar comforts of the big city, the expert guides at Walk Japan will be by your side all the way.

To find out more about Walk Japan or to book a tour visit: