They won it with a record-breaking 19th title in 2011, and now Manchester United have teamed up with DHL to give some of their international fanbase a rare chance to have pictures taken with the Premier League trophy… in Tokyo.

The Premier League estimates that it has 9 million fans in Japan, and in the lobby of Tokyo Tower at the end of March, United legends Denis Irwin and Gordon McQueen helped greet some of them.

Attacking full-back Irwin, who Sir Alex Ferguson rated as his greatest pound-for-pound signing, won an incredible seven Premier League titles at the club and was a key member of the treble-winning side of 1999. McQueen was a tough-tackling centre-half who made 184 appearances for the side between 1978-1985, forming a formidable defensive partnership with Martin Buchan. Weekender sat down with the ex-pros to get their views on the trophy tour; the current title race in England; Japanese football; and the genius of Sir Alex Ferguson.

Can you tell us more about this DHL Premier League tour and the reception it has got here in Asia?

Denis Irwin: We started off in India about six weeks ago and the plan is to go to 23 countries, with 27 destinations in all. It’s a great chance for fans to meet some former players and see a trophy that they usually only get to see on TV. I’ve always known how popular football is in the far east , so I wasn’t surprised with the great reception we got here. I was shocked by how much football has taken off in India though, we were mobbed by the fans there . 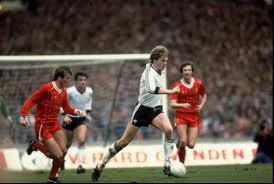 Gordon McQueen: This is my first time on such a tour and my first time here in Japan. I’ve been surprised by how many people around Tokyo wear Man Utd shirts. I think most fans are more interested in seeing the trophy than us ‘legends’ though, particularly me! It is amazing the response it gets, the fans’ eyes light up when they see it.

It has been a really exciting season in England so far, with plenty of goals. You guys know a thing or two about keeping a clean sheet, are the defenders getting worse?

GM I think it has more to do with the attackers being very good. A lot of teams played 4-5-1 there for a while, especially away from home. More and more teams are now playing with the attitude that, “one point is nothing, we might as well go for the three!”

DI Entertainment-wise it has been great. Man City have improved a lot, Spurs have come into the equation, and Arsenal have come good at the right time. Newcastle have been a surprise and the promoted sides, particularly Swansea and Norwich, have been a breath of fresh air. There is strength throughout the league and I think that is what makes it more exciting than, say, Spain, where all the focus is on Real Madrid and Barcelona. On top of that there have been some cracking games, Arsenal beating Spurs 5-3, our 8-2 win over Arsenal, the 6-1 defeat to Man City wasn’t so great to watch though!

Do you expect Man Utd to make it title number 20 this year?

DI I think we’ve got a great chance. We’ve got our noses in front at just the right time and if you look at our remaining fixtures, the next five or six games, on paper they are all winnable. I think we should (take) near enough maximum points between now and the time we play Man City. It is vital that we win it this year because if City can get that first title, it will give them a lot of confidence and they will be more difficult to beat next year.

GM I think it will go down to that derby game on April 30, but I think Man Utd will do it. We might easily go into that game needing just a draw. That will be some pressure on City, whereas United have been there many times before.

What have you made of the Man Utd side this season and where do you think they need to strengthen?

DI They have obviously under-achieved in Europe and hence a lot of people are saying they are not as good as in previous years, but I personally think it is just a blip. Not just with United, but with all the English teams in Europe. I think some of the stick has been unfair. The fans are saying we should be buying this and that (player), but the manager will know what is out there. He is the man.

We are fairly strong at the back, Jonny Evans in particular has been a real plus in the absence of (Nemanja) Vidic. David de Gea has come into his game in the past couple of months, so there is no problem there and our wingers are fine. Everybody will say the midfield needs strengthening because Giggs, Scholes and even Carrick are not getting any younger. It has been great to see Danny (Welbeck) come through, but with Owen out-of-contract and Berba’ (Dimitar Berbatov) not playing as much as he would like, we might need an addition up front. It will all be down to the manager though.

Shinji Kagawa has been rumoured to be on United’s radar, are there any other Japanese players that have caught your eye?

DI I have been impressed with the young boy at Bolton, Miyaichi (19-year-old Ryo, on-loan from Arsenal). He’s quick, skillful and hasn’t looked out of place in the Premier League. Technically Japanese players have always been good, it is just whether they are strong enough for English football. With him being on the wing, physical strength is not so important. I also think the full back at Inter (Yuto Nagatomo) is a good footballer, though we don’t get to see as much Italian football as we used to. 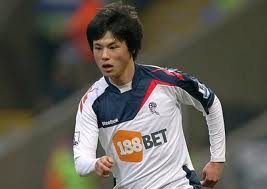 GM I think the move to Bolton has been a really good one for him (Ryo Miyaichi). It must be extremely difficult to move from Japan to England with the massive cultural differences, but he’s done well. There aren’t many high profile players from Japan in Europe at the moment, but those that do come over all seem to be very fit and have a good attitude.

Denis, you played for Sir Alex Ferguson for 12 years, what makes him so special?

DI It’s a number of things. He drives the bus at United, controlling every aspect of the club really well. He can obviously spot a player, he knows the right people to bring in and he lets his coaches get on with coaching. The biggest thing for me though, is his man-management. You’ve just seen Villas-Boas lose his job at Chelsea and perhaps he was taking out the older players too early. Looking after these millionaires can’t be easy, but Sir Alex is the master at it. He’s an old style manager who has moved with the times and that is why he has continued to achieve success, while changing the team so often and building new squads.

Gordon, you worked under some great bosses, including Don Revie, where would you rank Sir Alex?

GM He’s the top one. I would put him above Stein, Shankley, Busby, all the greats. With his record, he has to be. It is incredible what he has achieved here at Man Utd, but I think what he did at Aberdeen was just as incredible (three Scottish titles, four Scottish Cups, a League Cup, a UEFA Cup Winners Cup and a UEFA Super Cup). Rangers and Celtic were huge at that time. To finish above them was amazing and now you look at Aberdeen, they are a million miles away.

Who was the best player you played with or against?

GM The best I played with would have to be Bryan Robson. Great captain for club and country, he could win you a game on his own. The best I played against was Kevin Keegan. One of the most underrated players ever. Once Kenny (Dalglish) went to Liverpool, he was the only one anyone ever talked about and I don’t think Keegan gets the credit he deserves. He went abroad and won the German title with Hamburg, (was) European footballer of the year twice in a row; a great player!

DI I am not just saying this because he is fellow Corkman (both players were born in Cork, Ireland) but Roy Keane was the best player I played with. Of course he couldn’t dribble like Giggsy or pass as well as Scholsey (Ryan Giggs and Paul Scholes), but in terms of an all-round game, he was number one. As for the toughest opponent, there have been many. Hagi was great, Kinkladze was always a real handful, but as good as anyone I’ve seen was Hristo Stoichkov. Very clever player, really top drawer. You get loads of attacking players who can run, but those who can run, dribble and know when to pass, they are the ones that cause you real trouble. He was a left footed player who had a change of speed and knew where the goal was. Barcelona always seem to have this kind of player, there was Maradona before and of course Messi now. 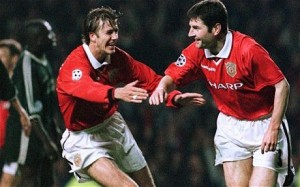 Where do you think Messi rates in terms of the greatest ever?

GM He’s exceptional, but I still think he needs to produce something special at a World Cup. If you look at the 1986 Argentina World Cup-winning side, they could never have won that without Maradona. If Messi performs on that stage there would be no arguments anymore. It would send him to another stratosphere.

DI I think he is already there. When you consider that he is only 24 it is incredible the football he produces, week in week out. I don’t think it’s his fault that Argentina are not in great shape at the moment.

Speaking of greats, Eric Cantona said, in the movie Looking for Eric, that his sweetest moment at the club was making the pass for your goal against Tottenham, how did that make you feel Denis?

DI I couldn’t believe it. Somebody said to me you have to go and watch it, so I went with my wife. Firstly I was pleasantly surprised that it wasn’t just a typical football movie because there aren’t many good ones, then when he said that about my goal I was really shocked. He was the main man, the King. He joined the club at the right time. We needed him, having just lost the league to Leeds and he gave us something different. He had the charisma and the confidence to play for the club. They were made for each other. As with Rooney now, or Ronaldo before, Eric was our talisman.

For more information on the tour, see the Manchester United website.