Jackie Chan and a whole host of international actors, directors and producers will be in Tokyo this weekend for the official opening of Tokyo International Film Festival 2011 (TIFF).

This year Jackie Chan’s historical epic “1911” will open the festival along with The Three Musketeers. 2011 hosts the 24th annual TIFF and is the first time two films have been selected to open the week long festival.

The 24th TIFF will be held from October 22 to 30, 2011, at Roppongi Hills and other venues in Tokyo, the official closing movie is Brad Pitt’s Moneyball.

The Three Musketeers (above) is based on the classic novel by Alexandre Dumas, the film is a powerful action adventure update in 3-D starring Logan Lerman, Milla Jovovich, Orland Bloom and Christoph Waltz.

1911 is a powerful epic tale about the founding of the Republic of China, the film  took ten years to plan and cost nearly 30 million dollars to make.

During the time of the last Emperor and lamenting the Qing dynasty’s continual course of decline, Sun Yat-sen stood up to create a new nation and became the Father 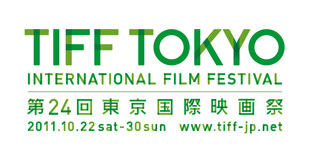 of the Chinese Revolution. Huang Xing(Jackie Chan), the commander of the Revolutionary Army, committed himself to every battle as the right hand of Sun Yat-sen, who had links to Japan. The stories of genuine heroes, who have never been recognized in Japan, and the youth who sacrificed themselves for the Revolution have finally been told. Jackie Chan, in his 100th film, is the general director and Zhang Li, the cinematographer for “Red Cliff”, is directing the film.

Message from Jackie Chan to Japan:

“I am privileged to have my 100th film selected as the special opening film for this significant year in which Japan has taken its first steps toward recovery. When a major disaster strikes, heroes arise who are willing to sacrifice themselves.”

“So I hope I will never know any heroes. At this time, as Japan faces the aftermath of disaster, I truly hope my film can be of help to the people of Japan. I look forward to meeting you in Japan.”