2011 marks the anniversary of 150 years of friendship between Japan and Germany.

In a statement in Germany, Werner Hoyer, Minister of State at the Federal Foreign Office, said: “Japan is our partner in Asia who shares our values. In 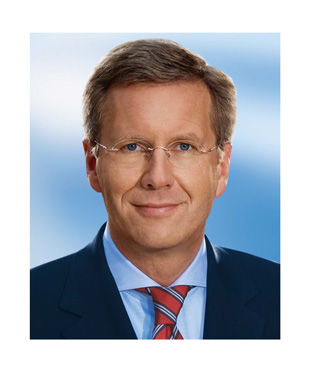 the past year we have enjoyed success in jointly founding the group of friends of the Nuclear Non-Proliferation Treaty, and we have also made progress in the reform of the UN Security Council. In this anniversary year we want to move forward on these issues with particular momentum.”

The president of Germany Christian Wulff will be visiting Japan on an official visit from Oct 23-28, 2011. He will be accompanied by the Hans-Joachim Otto, parliamentary secretary of the Federal Ministry of Economics and Technology as well as Dr. Rolf Mützenich, member of the German federal parliament, and the German Japanese parliamentary league chairman.

Among others traveling with the president this trip will be the president of the German Red Cross and star soccer player Kozue Ando, who helped Japan to women’s World Cup victory against the United States at the Commerzbank-Arena, in Frankfurt in July.

• On October 23rd, President Wulff will observe the German Festival, strengthen the ties of Germany and Japan.

• October 25th, Lecture at University of Tsukuba Iwaki visitation. To talk with residents of Ikawaki shi who have been taking shelter at temporary housing since the Fukushima incident visit sites affected by the tsunami in the same city, to observe the restoration progress, solidarity concert appreciation etc.

• October 28th Leave for Germany in the morning.

German festival outside the German embassy in Arigusawa park in Hiroo on October 23rd!