one: To welcome the long-awaited summer, TWG Tea, one of the world’s finest luxury tea brands, has curated a range of exclusive tea blends perfect for brewing thirst-quenching iced teas for balmy days. TWG Tea’s selection of iced teas has been fashioned by the master tea blender into chilled beverages, as the wonderfully fragrant and rich flavored teas leave no tannin aftertaste. Among the selection is this popular ‘haute couture’ Red of Africa Tea, which both tastes delicious and brews to a pleasing reddish color.
TWG Tea Salon & Boutique Jiyugaoka, ¥2,500. 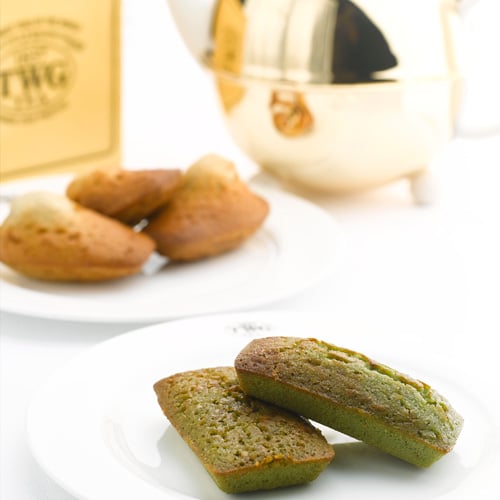 two: TWG has long been a favorite among tea-savvy Singaporeans, and the company has recently opened its first outpost in Japan, located in the hip Jiyugaoka neighborhood of Tokyo. The salon is dominated by striking tea-covered walls, featuring over 260 different single estate and hand-blended teas. A brilliant assortment of inventive tea infused pastries, such as these matcha financiers, is also available either to eat in or to take out as a thoughtful and unique gift idea. three: Lupicia Tea offers Tokyoites a taste of paradise with its newly blended tea called The King and I. Rich and mellow durian, known and revered as the ‘king of fruits,’ has been specially blended into this Thai royal green tea. The fruit has rumored health properties throughout Asia and this new Thai style exotic blend makes a brew fit for royalty.
Lupicia Stores across Japan, ¥1,200. 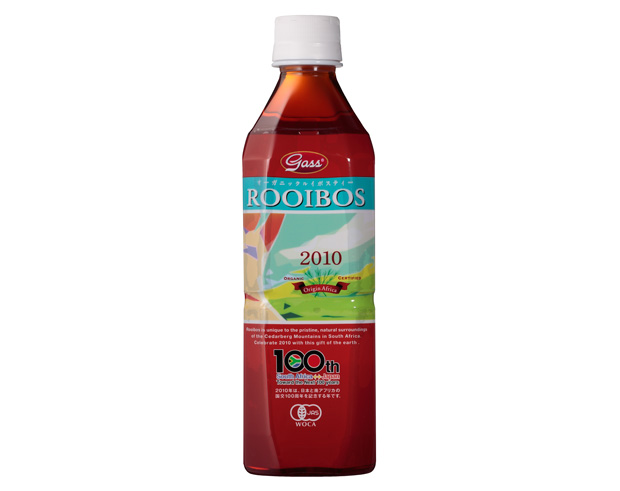 four: The 2010 World Cup means many Japanese fans will be heading to South Africa, but this year also marks 100 years of Japan–South Africa relations. Japanese consumers are among the most discerning in the world, particularly when it comes to health products. This has led to a recent boom in the popularity of rooibos tea, a brew made from a bush that is native to South Africa. The drink is full of antioxidants and contains no caffeine. Available in Tokyo in loose leaf, tea bags and this new bottled variety for convenience.
Quality supermarkets around Tokyo, ¥157. five: The honeybush plant grows only in small areas of southern South Africa, and is named because it’s yellow blossoms literally smell like honey. The tea is similar to rooibos, but the taste is a little sweeter. First made popular for export by British and Dutch traders, honeybush is noted for having a calming effect. The herbal brew is naturally caffeine-free, which also means it is a good night time drink.
Quality supermarkets around Tokyo, ¥525. six: With quality loose leaf tea, brewing a cup on the go or at the office can be a challenge. Tea pots are traditionally used at home or for making several cups at once, but can be bulky and cumbersome. This infuser combines stainless steel durability with an ingenious design. Simply fill the wand-shaped infuser with loose tea and swirl it around in a cup of hot water to make the perfect single serving of tea.
MoMA Store (www.momastore.jp), ¥2,680.