My two days spent at Tokyo Game Show 2009 were as hectic as they were entertaining. From playable demos and an influx of Western games to a huge presence for portable titles and even a golden throne, TGS was a whirlwind of activity and excitement from start to finish.

Granted there were a noticeably smaller number of booths this year, partly due to recent economic conditions, and many industry commentators have rightfully expressed concerns about the lack of new titles, announcements and innovation, especially from Japanese developers. However, there were still plenty of outstanding games on offer, many of which I was fortunate enough to experience first hand. I don’t think I could have possibly fit any more into the 14 hours I spent on the show floor at Makuhari Messe.

Konami’s latest entry in the Metal Gear Solid saga, MGS – Peace Walker for the PlayStation Portable, was arguably the star of the show. The take-away, downloadable demo was clear evidence of the shift in focus, in Japan at least, from home consoles to the lucrative portable market. Clearly no cost has been spared in bringing this stealth action title to the PSP, as it looks impressive and plays wonderfully.

Located straight across from Konami at the event was SEGA, which also had a relatively successful showing.  From the frantically paced Bayonetta to the strategic chess like battles of Valkyria Chronicles 2, Sega was in fine form. But the title that generated the most buzz was not even playable. An extended trailer for Ryu Ga Gotoku 4 (Yakuza 4) was on show, and it was as impressive as it was loud. Led into a closed-off theater and greeted by hostess models, punters were treated to a trailer which covered the four main characters, the story, combat, setting, available extra curricular activities and the voice talent. The story follows the four main protagonists through their life on the streets of a pseudo-Shinjuku, and the whole thing was very cinematic.

Capcom had a few titles of their own to show off. Biohazard: Darkside Chronicles, an on-rails shooter for the Nintendo Wii,  provides a great deal of two player fun and the charming DS title Okamiden was one of the most popular on show, at least going by the queues it attracted. But it was the English port of the already massively successful Monster Hunter Tri (Wii) which showed the most potential. Already a national past time here in Japan, this online action RPG is likely to duplicate that success elsewhere. 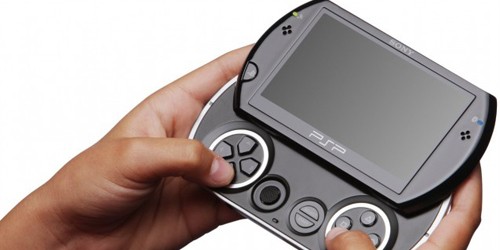 PlayStation 3 exclusive Uncharted 2 was as playable and enjoyable as I expected, but the blood-splattered God of War III left me feeling a little unsatisfied, though that may have been due to my sky high expectations. Most interesting of all at the Sony booth was the lilliputian PSP Go, Sony’s newest upgrade on the PlayStation Portable model. Released at the beginning of the month in the US and Europe, and to follow here November 1st, the PSP Go does away with the old UMD format, favouring digital downloads instead. It absolutely looks the bee’s knees, fitting comfortably in the palm, and although the screen is slightly smaller than the PSP 3000, it didn’t impact my enjoyment in any way. However, the analogue stick, something that needed improving from the previous model, is now even more difficult to use. Also, due to the small size of the unit, my fingers resting behind the system were forced into quite an uncomfortable position. I have to say that my short time spent playing the PSP Go, alongside Sony’s announcement that they wont be implementing a goodwill system, whereby the existing base of PSP users could trade in their old disc based games for their digital counterparts, has somewhat soured me on this pricey upgrade.

Last but not least, Square-Enix’s Final Fantasy XIII attracted large crowds, eager to get their hands on the latest instalment in one of the biggest franchises in gaming. It’s everything you would expect it to be, playing smoothly and looking amazing. Though I have to say, my gasps of awe were saved for the final screen of the demo, which revealed the price point of ¥8,800, before tax! I had the chance to play through two short sections of the game, with two different sets of characters, which were centered on a series of short skirmishes. It played like a charm, demonstrated a great deal of flair and style and looked like a million dollars. The combat system, whilst demonstrating some new features, will be easy for any fan of the series to get into. The camera was a bit unwieldy at times, but that’s just nitpicking. Be excited, very excited.

That was just a small taste of Tokyo Game Show 2009 and some of the games that bear keeping an eye on over the coming months. Happy gaming.