A new café in Shibuya has a concept based on two insights about female Japanese consumers. First, they increasingly like to try before they buy (‘try-suming’), and second, they lack spaces where they can feel comfortable hanging out at night. Lcafé lets consumers interact with sample goods like cosmetics and snacks, or even cell phone services and CDs. By night, it’s women only, offering girls a safe cocoon of consumerism as they wait for the first train. 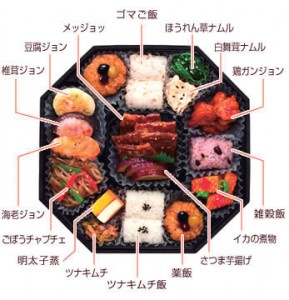 Seven-Eleven Japan has flooded its stores with low-priced, ownbrand products. Now it’s betting people want to spruce up their savvy spending with a few mini luxuries. One recent example: a collaboration with Korean idol Bae Yong Joon, who ‘produced’ a gourmet bento box for ¥2,500 and two Korean-style onigiri. This followed cream puff and parfait collaborations with famed Patisserie Takagai, and another with luxury tomato producer Momotaro for the perfect OL lunchbreak treat. 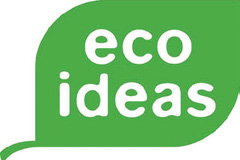 Sales of ‘green’ electrical appliances have been increasing at a rate of about 10 percent from a year ago, even as general consumer spending slumps. It shows how ‘part-time green’ consumers can be incentivized to make eco-friendly choices…when given a little push. In this instance, the incentive is the government’s Eco Points scheme that gives consumers tangible rewards, such as household goods or Suica credit, for buying eco washing machines and air conditioners. 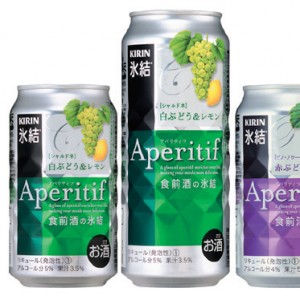 The next time you’re throwing a dinner party, how about starting by serving your guests chu-hai? That’s the gap in the market Kirin is targeting with its new Aperitif line. Kirin says consumers had complained that there were no chu-hai drinks to enjoy with a meal. The result is a collaboration line of chu-hai beverages made with chardonnay and pinot noir grapes, with a hint of lemon to leave a good aftertaste. Bottoms up! 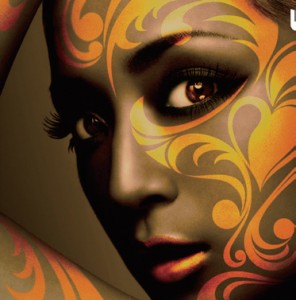 What Would You Be?

J-pop queen Ayumi Hamazaki will be alarmed to hear that in China’s Guangdong Province she is a stationery brand, and in Hunan a fitness club. Unscrupulous Chinese businesspeople are registering Japanese celebrities’ names to use them to make money, according to Kyodo News. Table-tennis star Ai Fukuhara, actor Ken Takakura, and singer Namie Amuro have also been victims of such frauds. The report says Amuro’s name is being used as a fashion brand.

China’s economy is still only a fifth the size of that of the United States, according to Newsweek.