Every summer in Japan, manufacturers roll out new drink products. Among the offering of new beverages released this season is Limon & Nada, a beverage concept imported from Spain by Minute Maid. The word limonada is a play on words, broken down into limon (lemon) and nada (nothing)—suggesting that the beverage contains only lemons. Marketing in Japan plays up the drink’s Spanish origins, and promises a taste of ‘pressure-free’ Mediterranean living. 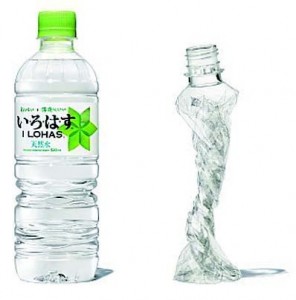 The new I-LOHAS bottled water from Coca-Cola Japan cuts down on packaging and creates a new disposal ritual to make consumers feel good about going green. The new bottle holds 520ml of water, but weighs just 12g when empty, 40 percent less than other PET bottles. Even the cap and label weigh less. This will reduce the amount of CO2 produced in the manufacturing process by 3,000 tons per year, equivalent to the offset of a 950 hectare forest. 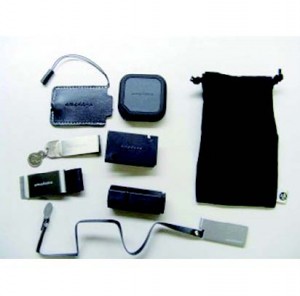 The collaboration between Suntory’s Boss coffee brand and luxury product maker Amadana takes gifts-with-purchase up a class. Targeting design-smart businessmen in their 30s, the all-black and metal products include a USB memory drive cover, a tape measure, a ‘multi case’ the size of an iPhone, a pen holder, a money clip, a bookmark, a cord reel for keeping headphone cords neatly in a suit pocket, and a memo stand. 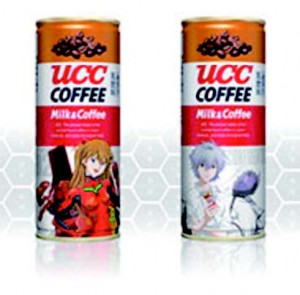 Canned coffee maker UCC has released its third collaboration in ten years with one of Japan’s most popular manga series, Evangelion. UCC released tie-ups based on Evangelion manga back in 1997 and again in 2007, and both became instant hits with fans in their 20s. This time, a new dimension has been added, with a sticker on each can containing a code which fans can enter into a campaign website for the chance to win a rare figurine of a character from the series. 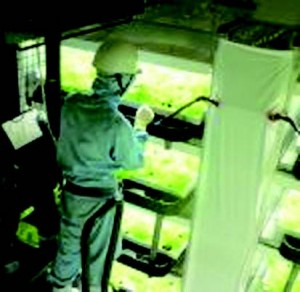 Greener Than the Real Thing

New ‘plant factories’ providing staple supplies of high-quality vegetables are slowly spreading in Japan, with support from the government. One example is the store Green Flavor in Chiba, which sells vegetables grown in a plant factory. Its founder calls it an ‘agricultural software company’. Because the produce is grown in a clean room, it can be eaten without washing. That’s potentially attractive to consumers who want safe foods and restaurants that need to guarantee quality.

The Chinese spend 44% of their free time surfing the web. In the U.K., the figure is 27%, although this jumps to 47% among housewives.