An exhibition by artists who came of age during Japan’s previous economic slump will offer a glimpse into how recessions affect creative mindsets. Opening May 23 at the Hara Museum of Contemporary Art, Winter Garden will feature works that reflect “a world characterized by increasing uniformity spurred by globalization, and individuals faced with the need to find meaning in their own lives.” 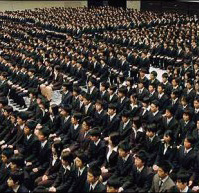 A generational shift toward informality will require companies to rethink how they interact with employees. According to a survey by Mori Building, Japanese workers in their 20s place greater value on ‘informal’ communication with coworkers (e.g. on the sports field or at the bar) than formal meetings. With the falling birthrate, it will be a jobseeker’s market so HR managers will need to heed such trends. 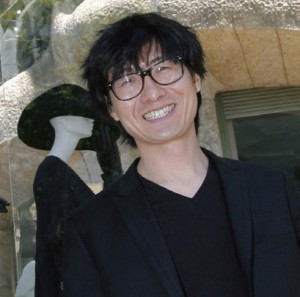 A rising-star fashion designer from South Korea has beaten off competition from Europe and Australia to win a prestigious fashion award. Jin Youn Lee was voted winner of the el Botón-MANGO Fashion Award by a judging panel chaired by Oscar de la Renta. Lee’s designs and those of his fellow competitors were displayed on the streets of Barcelona. Lee’s prize? A not-too-shabby 300,000 euros. 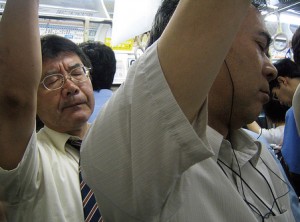 Japanese need to work less to turn the economy around. Sound counterintuitive? Not so, says the government. It’s considering forcing people to take their paid holidays by penalizing employers whose workers accrue unused time off, according to BusinessWeek. The theory is that time off equals time to shop, thereby putting some of the nation’s vast savings to good economic use. Taking time off is patriotic—try telling that to your boss.

You read it here first: last month we told you how marketers needed to give men more attention because they are acting more like women. Now Procter & Gamble is giving its beauty and grooming division a makeover in order to develop new products for men for high-end retailers, salons and spas. P&G’s innovation team is no doubt winging its way to Japan as we speak to hunt for inspirational products.

Four trillion yen: the estimated cost of a plan to bury all the expressways in Tokyo underground to create jobs and improve the urban environment.