When former PM Koizumi annually visited the Yasukuni shrine in Ichigaya, there was some controversy and protest, as the shrine honors Japan’s war fatalities.

Yasukuni shrine is located about a five-minute walk from the station on the main street Yasukuni Dori. Once you enter the vast compound you are struck by the serenity of the sakura (cherry blossom) trees and shaded trails around the shrine. Small traditional food stalls and picnic areas line up along the central promenade that leads to the temple; this area also plays host to many festivals and antique meets. To the right of the main temple stands a memorial museum for Japan’s war heroes. This is well worth a visit (Adults ¥800, Children ¥100) to see the WW2 “Zero” fighter plane, various artillery guns, as well as the 22 exhibition rooms and picture hall.

If the Japanese food stalls don’t pique your interest, head back up to the station and turn left, which brings you towards Kojimachi, and, located right next to the Nippon Television Station lies Ajanta, one of the best and most authentic Indian restaurants in Tokyo. At this second ever opened Indian restaurant in Tokyo, Mr. Murti’s Tandoori dishes have been legendary for more than 49 years! 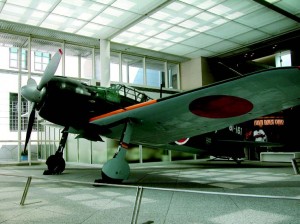