As Atsuyuki Tsukikawa freely admits, he is not like most other 33-year-old Japanese men. The CEO of Soho Hospitality Group, which makes over $55 million a year and has 12 different restaurants in Japan and overseas (including Roy’s, Xen, Atago, Bamboo Bar, Te, Family Li Imperial Cusine, Cita Cita, and more) Tsukikawa finds himself in the unique position of the business depending upon his ability to communicate with people from different cultures, generations, and markets every day.

After earning a graduate degree from Cornell at the age of 26 in finance, Tsukikawa came back to Tokyo and started working for Soho. Despite being one of the youngest employees there, he immediately cashed in on his Western business experience and relationships with famous chefs such as Roy Yamaguchi and Nobu Matsuhisa to push the family business onto the global stage.

What are some challenges you faced when you first started at Soho Hospitality Group?
This company was started by my father, so it is firstly family-oriented. But as the company got bigger and bigger, it was necessary to build a new structure. It was challenging because everyone had gotten used to working in a family-type business. But there were many problems. Some of the restaurants were not doing well. It was difficult [for my father] to shut them down because this is what he created, so it was my responsibility to take action.

What foreign business strategies did you learn in the U.S. that you were able to implement at your company?
Many Japanese companies are afraid of raising the price for items that are very popular. But because those items are popular, it is actually somewhat easier to raise the price. But if you raise it a lot, they will lose popularity. You have to find a line.

[Another strategy is] quality control. We have a very casual pasta restaurant in Hong Kong and Macaw. We use frozen pasta and all the sauce for the pasta is made in Japan, so we have added the tastes like pepper already. So even though we hire part time staff [in those countries], the taste is exactly the same, so it’s easier for us to keep the quality level.

Japanese like western design and style. At the Bamboo Bar, we have a DJ booth. I applied that idea from New York. On Friday night we turn the volume up and play faster music, people want to drink more and it makes them more excited.

The biggest difference in terms of staff motivation in Japan is that the customers don’t tip. In the U.S., the more the customers have great service, the more they tip. So the employees are right away more motivated. We tried to have a tipping system before. It didn’t work out. Some people put only five cents, some only five dollars. So if the waiter had tried hard to get a tip and the customer only tips fifty cents, their motivation actually got lower.

How do the market trends differ between the United States and Japan?
Right now, going to a restaurant in Tokyo is much more reasonable than ones in New York, price-wise. New York has “to-see-and-to-be-seen-in” restaurants, where all the popular actors and actresses go, so customers pay more to sit next to them. But in Tokyo, because we don’t have many celebrities, it’s difficult to have a restaurant like that. But many Japanese like to go where the foreigners go because they like the international atmosphere. They want to sit down next to foreign customers so they don’t feel like they’re in Tokyo.

We have started serving dried, aged beef at Roy’s because in Japan they don’t eat it, but Americans love it. It’s been very popular. We have also a brunch here on Saturday and Sunday afternoons. For Japanese people, brunch is not common, but for Americans and Western-influenced people it’s very popular. Brunch is more like, rather than just eating something to survive, you enjoy the food itself. It’s not a business lunch, you just relax. I think this is what Japanese people are missing in a way. I think Japanese people in the future will try to enjoy their lives more, rather than just focusing on work. 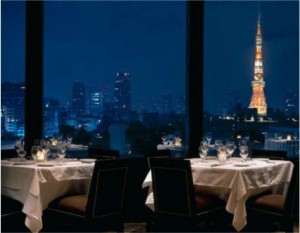 Where is Soho Hospitality Group heading in the future?
I think the next popular trend will be grill restaurants. In Japan, there are many grill restaurants because they are a mix of ‘sushi-house-ness’ and performance. The chef grills in front of you and you see the sizzle and you see the oil dripping. We would love to do that, but we want to take a different approach. There are many restaurants like that in Tokyo, so maybe we can come up with some kind of new concept and then open some in different countries.

I think the greatest restaurant is one you can go to and just feel comfortable having dinner by yourself. I want to create a restaurant like that.