Recently, Tokyo American Club teamed up with FOX-tv Japan to hold the second annual American Club Idol. The competition for international school students was a huge success as 16 acts competed for prizes in the ‘best female vocalist’, ‘best male vocalist’, and ‘best band’ categories. Students were required to submit tapes to the judges before the event, and the selected contestants were then invited to two workshops, one on song selection and one on stage presence, before taking their new moves to the stage for the final showdown on May 20. 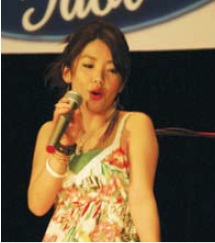 The students we spoke to were both excited and nervous to have the opportunity to sing in front of so many people (the ballroom at TAC was packed with over 400 excited fans), get feedback from well-known judges including Peter Barakan and DJ Cash, and compete for the chance to create a professionally-produced demo (produced by DJ Cash), attend the FOX-tv American Idol party, and of course, appear on the cover of Weekender. 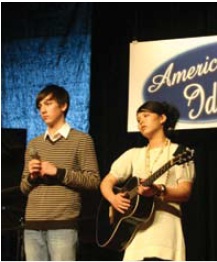 Contestants each performed one song, which they chose either on their own or with the help of the song selection workshop, and then were marked by the judges on musicality, performance, audience enjoyment, and more. While there was no clear ‘Simon Cowell’ on the panel, judges did give some constructive criticism. Diane Witherspoon, one of the judges, said that “the most important thing is to hear that they are on key…I also want to hear passion in their performance—lyrically, if they believe in what they are singing, they should show it. I loved the ones with some sort of stage presence.” To my untrained ear, it seemed the quality of the performers was high, and judge DJ Cash agreed: “There was an incredible level today! It was unheard of—to have talent of this caliber! You might expect to see this level from a twenty-five-year-old, but from young adults it was amazing!” 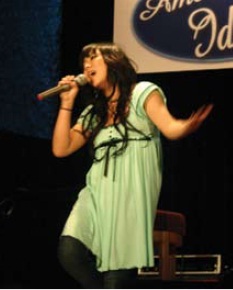 Eventual winners in the tightly contested show included Andile Munyai (ISS) for best male artist, who sang Redemption by Bob Marley because, “I know it best and like the song”. The judges liked it too, with Diane saying: “I started smiling when you got up, and then I said OK…he’s doing really good now…I thought it was wonderful.”

Battling back from an illness so bad that it had doctors suggesting she not sing just the night before, Mina Fujihara (Keimei Gakuen) belted out an Evanescence hit to impress the audience and convince the judges she was worthy of the win. Pete Johnson said: “There was nothing about that song I didn’t like” while DJ Cash enthused, “I can see you in musicals, TV series, Phantom of the Opera…mind-blowing!” 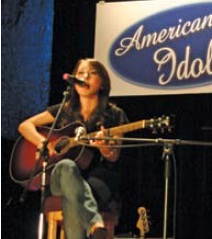 As for the best band, that honor was deservedly taken by 7th Chord (St. Maur), an instrumental group who have been together for about a year. Diane was behind the band, saying “I loved it…I wish you had a performance coming up soon so I could come see you.” Impressively, group member Kiho Yutaka composed and arranged the complicated and dynamic jazz piece.

The event, sure to be a hit in years to come, is already inspiring young talents to get in the game, as evidenced by a grade one student who leaned over to me during a break and breathed reverently, “I just wish that I could be a Tokyo American Club Idol!”