Most of us walk past the Porsche dealership, sigh over the car of our dreams and continue on our way. How­ever, what most of us don’t realize is that, in Japan, that 911 is within reach.

Japan is the largest second-hand car market in the world. And, as car aficionado Jay Harris points out, it is the only place in the world where you can buy a second-hand Porsche with only 10,000 kilometers on the clock.

Harris is Director at Gaijin Inc., a subsidiary of Nip­pon Vision Group, which, as the name implies, caters to Tokyo’s international and ex-pat motoring demands. Canadian-born Harris has a longstanding love affair with cars and motorbikes. He got his first motorbike at the age of four, and began racing cars at six years old. His enthusiasm is catching; it’s hard to walk away from a conversation with him without having firmly decided to change your life and buy that Ferrari.

Your best bet is to go for the second-hand cars on offer at the auctions, says Harris. The auction buyers know what they are doing; most have been doing it for 40 years, and each vehicle undergoes a thorough exami­nation under their discerning eyes.

The real issue is how to finance your dream machine. Many car dealers in Japan promise to help you finance it over a five-year period. However, you won’t get anywhere without a plethora of documentation detailing irrelevant aspects of your life. Including your company’s profile in English and Japanese, its financial statements, a letter signed by your employer in Japan and by the head office, a definite three year contract, a certificate from your em­bassy and a three month deposit. Still then you won’t get the financing without a Japanese guarantor.

All is not lost: a few select companies can deliver the goods. Gaijin Inc. is one of these. Its parent com­pany, VIP Auto General Motors, will finance the loan and Gaijin Inc. will effectively act as your guarantor. You just provide your business card, certificate of al­ien registration, a driver’s license and eventually a personal seal or signature from your embassy.

You will have to cough up a 20 percent deposit to safeguard Gaijin Inc. in case you change your mind once they have bought the car. This is, however, re­fundable—or you can put it towards your purchase.

Gaijin Inc.’s annual interest rates range between 1.9 percent and 3.8 percent, depending on the car and its age, and are considerably lower than the average of 5 percent. Which means you could be the proud own­er of a Porsche 911 GT3 2002 for ¥100,000 a month over a five-year period. Tax-wise you will part with around ¥1 million altogether, but your monthly pay­ments cover this as well as your registration. There is an extra ¥100,000 fee for all translation work associ­ated with the registration. 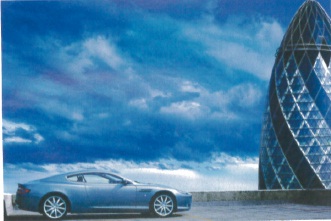 Insurance is an additional charge that is well worth forking out for. Harris recommends hiring an English-speaking insurance agent. In Japan, negligence is attrib­uted to both parties, so you will need someone on your side to minimize costs. Insurance costs on, say, a com­pact 2006 Hummer H3, are around ¥20,000 a month.

So You are Really Going to Do it! Now Which Car?
In terms of reliability, Harris’ vote goes to the Porsche GT2 or GT3. You can drive one regularly and it will not break down. He recommends anything Japanese or with a Japanese engine for the same reason: fewer fix-it trips than their European counterparts. And, says Harris, the “real car guys” drive Japanese.

Something else to think about is a car’s resale val­ue. In the local market, foreign cars are popular, with left-hand drive seen as a status symbol. Whereas the chances of finding a buyer for a left-hand drive car in right-hand drive countries are slim to none.

As for value for money, the Nissan Fairlady Z is number one on Harris’ list. The sports car of choice on the racing circuit, the Fairlady handles like a Porsche and has the same braking system for a fraction of the price (between ¥2-3 million). Add on some extras and it will “blow the doors off any Porsche,” says Harris.

Now it’s just a matter of putting your money where your mouth is.