From Japan to India

The women and children of tomorrow, helped today

When natural calamities strike, we all sit glued to the TV to see how things are faring. As soon as things start getting back to normal we heave a sigh of relief and go about our daily work as if nothing happened. We have our cake and we go on eating it. Yet there are many people out there who are not satisfied to just sit back and view the world. Rather they are in the forefront trying in their own way to reach out and make a difference. Read on for a run down of but a few such organizations.

Poverty, environmental degradation and social ineq­uity are the major problems in developing countries. However, one man, Dr. M.S. Swaminathan, has made it his life’s work to tackle these by using cutting edge science, technology and management techniques to empower people at the grass roots levels in India and South Asia.

Friends of MSSRF in Japan support the work of the M.S. Swaminathan Research Foundation in Chennai in the field of sustainable development with a pro-nature, pro-poor and pro-women orientation. The emphasis on empowering women underscores the strong belief that educated and independent women are the most ef­fective agents of development. Friends of MSSRF have helped in establishing over 120 micro-credit banks, giv­ing financial support to small businesses run by self-help women’s groups. Thousands of computers sent by Friends of MSSRF have been used in Village Knowledge Centers that link the villages with important informa­tion about jobs, government programs, farm prices, healthcare and education. Incomes in networked vil­lages have seen a steep rise and are reflected in an in­creasing number of children, including girls, who are attending schools.

Headed by Dr. Geeta Mehta and a group of vol­unteers, Friends of MSSRF have in the past few years organized many fund raising events such as poetry readings, dinners, art auctions and more. They are joined in this work by many individuals, corporations committed to social responsibility, and other groups. For more information, contact Dr. Geeta Mehta at [email protected] or see www.mssrf.org.

On the road from despair to hope, childhood to adulthood

In 1969, a woman named Meera Madhavanand gath­ered the children of migrant working mothers and started educating them in the shade of a tree. This was the beginning.

From such a start, Mobile Crèches was born: a non-profit, tax exempted volunteer support organiza­tion that looks after the children of migrant work­ing mothers. There are about 65 Mobile Crèches all over India for children between the age group of 0-12 years. The organization brings to the children a meas­ure of security, developmental care and the freedom to be just a child. The Tokyo help group for Mobile Crèches began as a young Eagle Scout’s Eagle project. Shinji Yama-zaki, son of Paul and Afifah Yamasaki, collected more than 110 boxes of donated goods for Mobile Crèches. Every year since, the Yamazaki Family have fund raising events for donations to India. Anyone interested in sending donations could do so directly as well. See www.mobilecreches.org for more information. 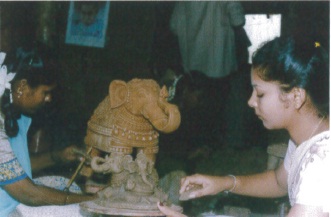 Nurturing the start of a healthy and fulfilliing life

This is an appropriate name for an institution which believes in giving education to the under privileged. Stephen and Carol Maria Young are an English cou­ple that have been living in Tokyo for 15 years. They would often visit the area of Goa in India, and ob­served children of the construction site laborers left to fend for themselves. This inspired them to begin teaching children English in the slum areas, along with some volunteers. However, they soon felt the need to help the children in a more comprehensive and constant basis.

They rented a classroom and started a preschool from the donations that they received from well-wishers and tourists visiting Goa. They have found that children who had never been given an education are the most hungry to learn.

At the moment there are 24 children between the ages of three and eight. They are taught per­sonal hygiene, English, reading and writing, and more. The ultimate goal is to have each student’s abilities brought up to a high enough standard so that he or she can enter the Indian school system. Starting Point also provides lunch for the kids—for many of them, their one square meal of the day. This is all part of the Youngs’ belief that a well-taught, well-nourished child is the beginning of a confident adult.

If you are interested in making a donation or a yearly pledge, please feel free to contact Stephen Young at [email protected]. For more informa­tion please go to www.quoz.biz. 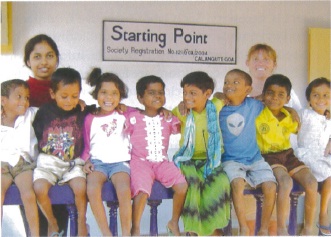 At first glance, Armene Modi looks like a quiet lady. But underneath lies a powerful woman. Having lived in Tokyo for many years she had to go back to Pune, a district in India, to look after her mother. While she was there, she found that the lower classes of women were not getting a very good deal on life. So in 1998, all alone, she started helping the women around her. 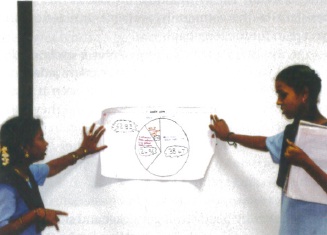 One of the major services provided by Ashta No Kai are their bicycle banks, established in 12 villages near Pune. Thanks to the donation of bicycles that the or­ganization received, many girls who otherwise would have dropped out of school and been married off were able to continue in their education. Ashta No Kai is Japanese for “a better future,” and many of these girls owe a great deal to the founder of the organization.

What’s Behind India’s Success?
India’s economy has risen dramatically since Economic liberalization was initiated under Prime Minister P.V. Narasimha Rao in 1991. According to some sources, India now has an economy that accounts for an amazing six percent of world income, with their economy the fourth largest In the world.

This in no small part is due to foreign Investment from major international high-tech corporations, no doubt drawn to the young, educated and English-speaking work force.

However, the young workforce that is so attractive to foreign investment is in large part due to the country’s vast and growing population, with India the second most populous country in the world. Poverty is also a problem, with 60 percent of the labor force employed in agriculture and poverty levels high in the rural communities. But these very areas may be where the future of India lies.

For India’s economy to continue on its successful path, the women, children and the poor cannot be neglected. India is, after all, the largest democracy in the world, meaning the government must represent the interests of the country’s population, a significant percentage of whom are under the poverty line.

In fact, many organizations understand that a country cannot move forward without bringing the women and the poor with it. India has one of the strongest Non Governmental Organization (NGO) movements in the world, a significant number of which support this very demographic. They believe that women, children and the poor are a huge and valuable resource that no country can afford to leave untapped.

In this issue’s feature, long-time Tokyo resident and India native Mira Mehta explores a few organizations bridging Japan and India that support women, children and the poor. The key to the continued success of India’s economy may lie in the efforts of such organizations, as our neighbor in Asia brings the economic focus of the world to our continent.