Sisters Doin’ It For Themselves

Contrary to what most would believe, female poli­ticians in Japan are out-spoken and diligent, but not at the expense of their femininity. They address women’s issues and do not hide their positions as wives, mothers and daughters. A growing number of influential and active female politicians are creating laws and cam­paigning causes on the strength of these so-called “childish” issues. These women are opinionated and active, and are the future of Japanese politics. Read below for quick profiles of three significant female politicians.

Name: Tanaka Makiko
Also known as: The Whirlwind Madonna Iron Lady
Has a reputation for: Speaking her mind. She compared Japanese elections to a “garage sale” in which old unwanted items are up for grabs, helpfully suggesting that some politicians be “strapped to satellites”.
Surprising achievements:
Winner of the Best Smile of the Year award in 1994.
Why she is making waves:
She’s the people’s champion. Niigata-born Tanaka’s popular presence comforted many in the aftermath of the earthquake last year, when she showed her full support to her hometown by aiding and listening to victims. Though sharp-tongued, she also has a quick and friendly smile (see previous award), and this gen­uine quality makes her one of the most well-loved politicians in the country. During the 2001 elections, her presence in the Liberal Democratic Party helped propel Junichiro Koizumi and the LDP into unprec­edented heights of popularity; approval rates for Koi­zumi reached a staggering 80 percent. After losing her position as Foreign Minister and being barred from the LDP amidst a flurry of policy disagreements with Koizumi, she easily won back her seat in parliament in 2002, and has lost no time in campaigning for peace.
Keep an eye out for her to…
Make a big comeback. Her popularity knows no bounds, and her disassociation with the LDP may prove timely. The party, which enjoyed an almost uninterrupted 50-year reign of Japan (the LDP lost only one election, in 1993), has been slipping in power while the opposing Democratic Party has been gaining momentum. Tanaka is currently in close association with the rising DPJ Party, who are more in line with her foreign policy. 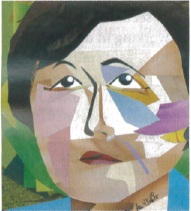 Name: Takako Doi
Also known as: Mama of the Madonna Boom
Has a reputation for: Doing things her way. She’s a veteran female politician  active  since 1969,   she   has   seen and heard it all, in­cluding   a   soon-to-be defeated male opponent announce “woman can’t do anything and should just shut up”. She initially entered politics after being told that she couldn’t because she was a woman.
Surprising achievements:
The first woman in Japan to hold the position of Spea­ker of the House, and the first woman to head a major political party, the Social Democratic Party of Japan.
Why she is making waves:
At 77, after 36 years of hard work, her waves are already made. Her contribution to her country, and her influence over fellow female politicians is very signifi­cant. Her rise in power and influence in the late 1980’s sparked a so-called “Madonna Boom” in which an unprecedented number of women were inspired to run for — and in many cases win — political positions.
Keep a eye out for her to…
Settle into her position as a pioneer and veteran. 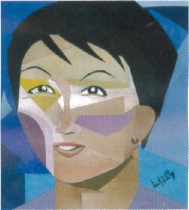 Name: Mizuho Fukushima
Has a reputation for: Friendliness. One of the few politicians with an official mascot — a cute little cartoon version of herself.
Why she is making waves:
She replaced Takako Doi as Chair of the SDPJ in 2003, and wasted no time in championing causes closest to her heart: discrimina­tion against single parents, children with unmarried parents, equal treatment for foreigners and sexual har­assment — all issues she addressed in her former career as a lawyer.
Keep an eye out for her to…
Make significant contributions in the future. Fukushi­ma is young, at only 40, and has only been leader of the SDPJ for barely more than a year. However, in her “manifesto” as outlined in her official website www.mizuhoto.org, women’s issues take center stage, in­cluding issues of domestic violence, women’s health, and female minority rights.

The illustrations featured in the article above  were created especially for this issue of the Weekender by Anne Keehn (freelance illustrator based in Los Angeles).