Miami-based musician Nestor Torres grew up in Puerto Rico under the musical influence of his father and started out playing the drums. One day he picked up a flute and has since gone on to revolutionize the image of the instrument, win­ning a Latin Grammy in 2001 with his album “This Side of Paradise.”

His style is constantly evolving, and central to his music are his Buddhist faith and his efforts to promote peace-both personal and global.

His new album Without Words will be released in March, and on his recent Japan tour, Weekender caught up with him to ask about the influences that have shaped his style and beliefs.

Weekender: How did you develop your musical style?

Nestor Torres: Once I start­ed to study the flute, I got more into classical music and heavily into Latin music. And when I moved to New York, salsa music was starting to become popular. There is this Cuban music called charanga where the flute plays a prominent role as a soloist. The role of the flute is to be rhythmic and melodic to get the people to dance. I started working in those kinds of bands.

That’s how I learned how to improvise. Jazz influences came a little later. So the combination of classical music, Afro-Cuban flute-playing and jazz plus the background of listening to all sorts of music in Puerto Rico is what has made my music what it is today.

And in what direction are you moving?

I am taking a much more contemporary direction, working with young produc­ers with very contemporary sounds. There’s always a risk and tendency to be comfort­able with what one knows. I want to break out of the com­fort zone. I always want to be challenging myself and stay relevant, especially for young people. I have much to learn from young people.

What role can the arts, and music in particular, play in bringing peace and harmony in today’s world?

It’s a two-pronged approach. One is from an individual musi­cian’s standpoint. When a person is able to express himself, that outlet and creativity, when it is manifested, makes for a more harmonious, balanced individ­ual. The anger in your life can be manifested in violent ways. But you can also express that anger through music.

If you are a young person learning to play an instrument, draw, act or to write, manifesting that creative energy in an expressive way, you would not be prone to wield a gun or get into fights.

The other aspect of it is for the artists to touch the lives of others through their creativity. When one listens to music, it can have such a healing quality. Art in itself triggers, empowers and revitalizes our humanity. There is an urgent need for art and culture to have not only a casual, entertaining role in our lives but also become an integral part of our lives, of the very fiber of our culture, our upbringing and our existence.

How do you see yourself in this role?

My role as a so-called “activist” lies primarily in my daily life, in my interaction with people around me, my music, the songs I am writing, the effect it has on my audience and the way I interact with fellow musicians. Those things must be at the heart of my “peace efforts.” They are all based on my daily actions as a Buddhist. I am constantly trying to polish my own life. I believe all changes begin from within.

There is also an organization called ICAP (International Committee of Artists for Peace), in which I am an active part. Together with like-minded artists, we have engaged in concerts and activities, joining together with other organiza­tions, to perform at important conferences, to inspire people with the message of peace.

How did the Japanese audi­ence respond to your music?

The Japanese audience’s response has been warm, very good. At the same time, Japanese audiences are a little more reserved compared to other audiences around the world. But after the concert, I had a chance to meet with the members of the audience per­sonally, and they were so moved, so effusive.

(In an audience question­naire) one 73-year-old woman said she hadn’t been to a con­cert for decades. She has been so busy trying to survive. When she listened to my music, she felt so light, she wanted to dance. She hadn’t felt that young in years. 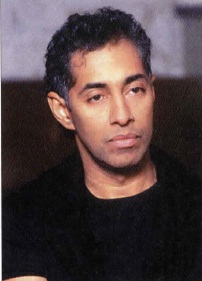 You talk about crisis in today’s culture.

In our history, culture began with man banging on wood, blowing through pipes, dancing, singing and telling stories. Culture has always been part of the fiber of human soci­ety. Art was an expression of the society, thriving and chang­ing. It was directly connected with people’s lives.

(Today) children are per­ceiving culture to be a “product” or an “item”—a “commod­ity” that is manufactured. Sure there are talented kids but their work is manufactured with a specific goal of selling records. It has very little, if anything to do with the expressions of an artist responding to the times, which is a complex but subtle process.

And of course, there is the other extreme. Artists who are doing this self-indulgent world with no regard for whether that work is effecting or touch­ing humanity. Then some­where in the middle there are artists who want to express but there seems to be no place for these people. That probably includes me, although I have been very fortunate to be successful. But the work I do is unique. There are no flute play­ers doing what I am doing.

I am glad I got this far but I am constantly confronted with the reality that “the flute doesn’t sell.” My credibility as an artist is based on “how many tickets did I sell? How many records did I sell?”

I went through a difficult process for a very long time; one time, I became convinced that however brilliant I may be as an artist, my value is going to be gauged on how many tickets I sell, how many people I am bringing to my concerts. Since I am not selling records like Christina (Aguilera) or Ricky (Martin), gee, I am not that great after all. It’s only been recently that I have given myself permission to think, “Wait a minute, it’s not about that..I have something to offer and it’s valuable.”

In that sense, this tour with Min-On Concert Association has been so vali­dating for me. The reactions from the audience have made me very emotional and have been very humbling, and this has become a great source of pride. Min-On is an organiza­tion that upholds the same vision that music and culture inspire and empower people.