There’s chicken wings, then there’s Chicken Wings. Then you got your Damn Fine Chicken Wings, which they got at Honoji in Roppongi.

Then there are the wings of angels, which I guess is why I’m here.

It’s late afternoon, the middle of August, and Tokyo’s gone quiet. Everybody gone back to their hometowns, visit graves, remember the dead. And so do I. 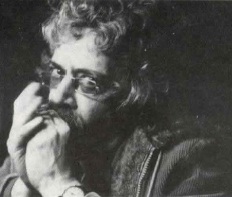 Going down the hill from Roppongi to Ark Hills when I walked by where Jack Stamm used to live. Died about 10 years ago. His apartment building’s gone too, but in its place is a quiet little izakaya called Honoji. Now Jack loved his beer, so I thought I’d drop in and have one for him. Have another for my Muriel, died five years ago. Have me a little o-bon.

The fellow brought me a frosty mug of beer and asked me choose my o-toshi snack from  a list. Zucchini tempura, bright green and tasty, ¥450. Zucchini. Man, how Tokyo’s changed. And those chicken wings, called tebasaki, crispy on the outside, dripping juicy inside, ¥220. CJ sez two thumbs up, all hands on deck. Man, there’s some mighty fine barbecue in Japan. ‘Course you won’t find no roadhouse beef brisket, but they make miracles out of a chicken.

Jack could’ve been pegged for a Texan. Wore boots, cowboy shirts, leather-fringed vest. Played harmonica with country bands at Chaps, the C&W joint long gone. Wrote haiku poetry so fine, they now got a contest named after him. Did funny pieces for Weekender. Most folks thought he was an old hip­pie ’cause he looked like Charlie Weaver on Hollywood Squares, and on account of he got caught with some reefer. Twice. But Jack weren’t no hippie; he was a New York City beatnik. Hear tell he moved here in 1962.

Another beer, this time for Muriel. She would’ve wanted a pig’s foot with it, but the closest I could get was bonchiri— that’s chicken butt. The tail, really. Grilled crisp, ¥180. Also got me some negima—hunks of chicken and negi, a fat Japanese green onion, ¥200.

Jack didn’t start out American. His real name was Claus Stamm. The family got out of Germany when he was 8, ’round the time Hitler started raisin’ all that hell. Real hell. Jack was Jewish; you know the story. Damn did I ever hate Hitler. Would have lied about my age to enlist, but I was 13. 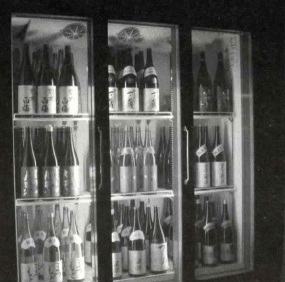 Moved on to sake after I saw all them big bottles. Kuheiji, one of my favorites, big but dry, ¥700. Here’s something different, mekyabetsu, brussels sprouts cut in half and ‘cued on a skewer, ¥180. And some nin-niku no me bekon-maki. That’s your garlic greens wrapped in bacon, grilled, ¥220. A man needs his greens.

‘Course we had people like Hitler in Texas. About 50 years ago a pack of pointy-hood morons come into Cuello Rojo, gonna burn down old man Levine’s dry goods store. Came from Futbuck, ’bout 20 miles down the highway. Aunt Earlene lives there, makes the best peach cobbler in all of Texas. She called to say they’s a-coming. Hung up and got Sheriff Axehandle on the horn. In 10 minutes we got our­selves a posse. At the edge of town we sent them mo-rons a packing, no shots fired. We don’t stand for any of that monkey business in Cuello Rojo. We’re all of us Americans and proud of it.

Another sake, this time a Suminoe, smooth and sweet, ¥600. And an order of jako senbei —saltines topped with tiny fish and green onions, ¥530.

Waggon family’s been doing business with the Levines for three generations. Good folks. Once some bible-bangers picked on the boys, Manny Joe and Bernie Sol, at Cuello Rojo High. Old man Levine told his boys, “Don’t be sore, be an example.” So after the next football game, the boys treated the whole team at Leaning Tower of Pizza. Had the owner, Vinnie Joe Vendetta, really hopping all night. After that, don’t nobody ever pick on the Levine boys.

Old man Levine was a real card. Loved to give a hard time to Northerners who come into his store. One time this shoe sales­man from Chicago shows up. Levine looks over the top of his glasses and asks in his deepest drawl, “Say, pardner, are you Jewish?” Salesman turns as white as one of them pointy-hoods he’s probably imaginin’ about then. Guy mutters yes, then Levine breaks into a big smile, holds out his big hand the size of a baseball mitt and says “Wahl, so ahm I, th’ name’s Luhhh-veeeen.” Then he buys the salesman’s whole station wagon full of shoes.

A few years later, Manny Joe took over the store, and Bernie Sol left town to go on the road with the country band Doc Friedman’s boy started.

Seemed like Muriel was telling me she needed another. I needed a bit more altitude, so got me some imokoji, Japanese sweet potato liquor, tastes like young corn gone to town, 50 proof, neat, ¥550.

Pointy-hood morons showed up outside the church at our wedding back in ’50. Ya see, back then Muriel’s called a col­ored person. Negro and Cherokee, to be exact. Then they called ’em Negros, then Afro-Americans, then African Americans, now People of Color. Full circle, if you ask me. Anyhoo, damn near everyone in Cuello Rojo kindly escorted the pointy-hoods to the edge of town. Then the party went on for days.

You can have yourselves one good party at Honoji. Get the dinner special, ¥4,500, lots of chow with all you can drink for two hours. You got to reserve at least a day in advance, but worth the wait.