Gentle eyes and a calm demeanor belie the energy and agenda of Monkombu Sambasivan Swaminathan, bet­ter known simply as M.S. Swaminathan or Professor Swaminathan. Yet, this man has not merely touched the lives of millions; he has made those lives possible. He’s a visionary who actually gets things done.

India is one of the world’s most complicated countries. When you step off the plane in New Delhi, you feel not that you have entered a different country, but a different world. It is mar­velous and painful at the same moment, an ancient culture wearing a fading British foot­print; the birthplace of Buddha, home to 18 official languages and a billion inhabitants. It is not a place where change hap­pens rapidly, unless change is the only solution.

In the early ’60s, India grew some 12 million tons of wheat every year. Starvation was ram­pant and the country imported much of its food. Swaminathan, an agricultural geneticist, not only developed new strains of high-yield wheat for his coun­try, but also the programs that led to an India which now exports food. 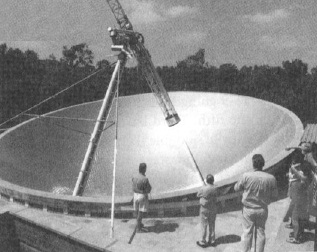 Today, India grows some 70 million tons of wheat. This transformation and its cultural movement were called the “Green Revolution,” and Swaminathan was its leader.

It’s an amazing story, one that demonstrates Swaminathan’s talent for finding solutions amid cultural traditions, governmen­tal bureaucracy, science, the land and its people. It is the story for which he received the World Food Prize in 1987. Fortunately, the story doesn’t end there.

Today the M.S. Swaminathan Research Foundation oversees 13 broad areas of sustainable agriculture and rural develop­ment. Like a “tree of develop­ment,” its roots are the people, its branches the support for its fruits of success and the blos­soms the promise of tomorrow: Swaminathan’s tree.

In addition, Swaminathan was recendy elected as President of the Pugwash Convention. This organization, founded by Albert Einstein and Bertrand Russell—last century’s most important scientist and its lead­ing modern philosopher—was to keep humanity from destroy­ing itself with weapons of mass destruction. Its emphasis con­tinues to be on scientific advances leading to peace. This puts Swaminathan at the fore­front of two of the world’s most pressing issues: hunger and war.

The latter was Commodity Centered—growing more wheat and rice for the future. The Ever­green Revolution is a broader vision that is based on Integrated Natural Resources Management: to enrich and ensure our survival. “An Ever-green Revolution helps to improve productivity in perpe­tuity without associated ecological or social harm,” says Swarninathan.

In a recent interview with Tokyo Weekender, the professor delivers the out­line of his agen­da in the way you might expect from a scholar: loaded with detail and with a confident clarity that moti­vates.

Tokyo Weekender: Tell me about your plans for your Research Foundation. 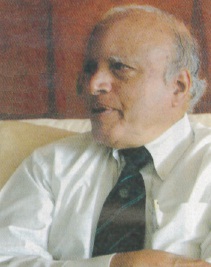 M.S. Swarninathan:  In addition to our ongoing proj­ects, we are developing four broad area—Coastal Area Management, Biodiversity, Ecotechnology/Biovillages and, what we call, “Reaching the Unreached.”

TW: Can you break those down, please?

M.S.: Certainly. India’s north­ern coastal areas will serve as a model for economic ecology. Today these areas are very poor fishing communities. Fishermen cut down the mangrove trees for fuel and to make money. Slowly these forests are being devastated. So we first need to give the farmers an economic stake for the preser­vation of the trees.

Mangroves have many bene­fits beyond burning the wood. They protect the coast from cyclone damage; they consume huge amount of carbon dioxide and help protect smaller plant life important to keep fish stocks fed. From a scientific viewpoint, man­grove trees are interesting for their ability to take their nourishment from saltwater.

We can take these genes and create a rice hybrid that is saline-resistant. This hybrid will become increasingly important as global warming continues and sea levels rise. Huge tracts of rice-growing areas will be inundat­ed and rendered useless unless such a grain is introduced. Of course, there are issues with such genetic engineering, but this allows us to secure our future ability to feed ourselves.

All of these steps create more jobs and, once the fishermen are educated, turn poor communities into areas of economic growth and ecological stability.

TW: This leads us to biodiver­sity?

M.S.: Yes. Almost everyone knows the importance of biodiver­sity—keeping the gene pool large. India has many places of megabiodiversity, yet many of these areas are threatened. We have started Community Biodiversity Conservation Programs in which the community becomes the cus­todian of the program. We are careful to learn as well as teach and die result has been wonderful.

For example, there is a rice called Navara, which for centuries has been used for arthritis. The tribes make Navara-cre, a poultice, which is applied directly to the areas of pain and swelling. Now this is a tradition, so we must vali­date its effectiveness scientifically, of course.

Another type of rice helps diabetics maintain their sugar levels. It is another area where we blend traditional wisdom with frontier science. Other areas include water conservation, food banks and gene banks.

M.S.: Yes. In some areas of India, the annual rainfall may take place in only 100 hours. Traditional water storage areas, such as in the temples had been disregarded, but are now coming back for the good of the community.

M.S.: This is a human-centered development: take part in it and reap the rewards. It is pro-nature, pro-poor, pro-woman with an ori­entation to knowledge empower­ment. This is the area under which we set up micro-credit banks, self-help groups, computer training and other education centers. We especially want to target children and women, this is where the “reaching the unreached” program comes in.

M.S.: We have a whole series of programs for women and children. For example, for women to partici­pate in education or in work out­side of the home, we provide total support services from childcare to education. For children we have the “Every Child a Scientist” pro­gram. We have Mangrove clubs along the coastal areas that stimu­late children’s interest in conserva­tion. Saving the forests without saving the children who live there makes no sense.

TW: How do you manage all of these works?

M.S.: Our people work at the grass-root level and at the policy­making level. For example and in reference to the water conservation techniques I described earlier, with a grass-roots strategy, we have devel­oped an Urban Atlas. This atlas clearly shows the areas of India where poor sanitation or other fac­tors threaten the water supply. These we use at the state and feder­al government policymaking levels to advance our programs.

TW: You led a session at the Johannesburg Summit 2002. What are your thoughts regarding the conference.

M.S.: Well, I was disappointed. The U.S. President was unable to attend because of the war on ter­rorism and there seemed to be greater degree of discord rather than cooperation. There is much work to be done.

TW: You are presi­dent of the Pugwash convention, appointed at a time of great vio­lence in the world. What will it take to get the world back on the road to peace?

M.S.: We have just prepared event planning and a comprehensive paper that will be taken up at the next conference in Canada 2003. The events and paper being planned will be a mani­festo for achieving free­dom from the growing nuclear peril by August 2005, the 60th anniversary of the use of atom bombs in Hiroshima and Nagasaki.

The events will, hopefully involve Nobel laureates, business and government leaders who will tackle the nuclear issue, as well as other weapons of mass destruction.

TW: Thank you for your time and good luck in all of your endeavors.

Anyone interested in becom­ing involved with the activities of the M.S. Swarninathan Research Foundation should contact Friends of MSSRF here in Japan. Please call or e-mail Geeta Mehta at [email protected] or Tel: 03-3443-7550.